The Telema Movement and Kabila’s Onslaught on Congolese Youth

Report from Friends of the Congo

On January 19, 2015, Congolese youth descended into the streets in response to an appeal from opposition figures to defend the country’s constitution and its nascent democracy. The matter at hand was president Joseph Kabila’s latest attempt to legitimize his stay in power beyond the December 19, 2016 constitutional deadline for his departure. The Kabila regime tried to muscle an electoral law through Parliament that would require the organizing of a census before presidential and legislative elections. Many analysts argued that a census would take several years to conduct, which would push the elections well beyond 2016.

One year later, the regime is still desperately trying to legitimize its stay in power in contravention of the country’s constitution. The rationale du jour is the so-called inclusive dialogue.  In several speeches since November 28, 2015, president Kabila has argued that the path to elections is through a national inclusive dialogue. A substantial segment of civil society and political opposition have rejected the dialogue as a ploy on the part of the regime to prolong Kabila’s stay in power. 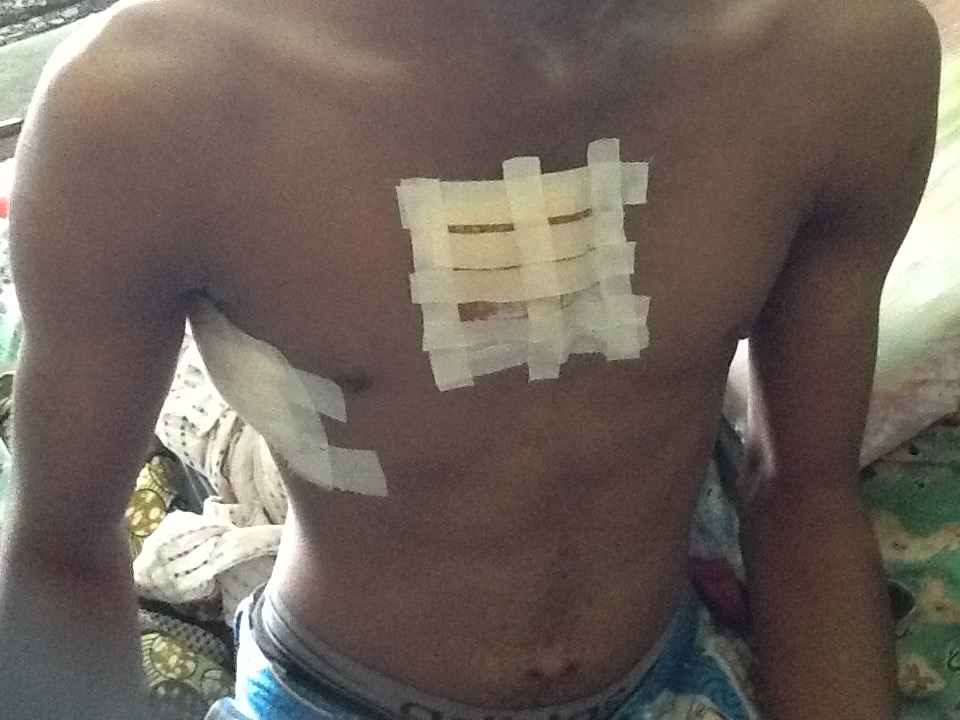 When the youth flooded the streets for successive days in January 2015, the Congolese senate withdrew the law and the people claimed a victory. The victory came at an expensive cost however; dozens were killed, scores injured and hundreds arrested including notable human rights activists like Christopher Ngoyi who is still in prison.

Since the January 2015 uprising, the Kabila regime has unleashed a systematic onslaught on Congolese youth. It can rightly be characterized as a regime that devours its own children. It has killed, injured, disappeared, jailed and driven into exile the youth. Emblematic of this onslaught are these high profile cases:

The Kabila regime has created a climate of fear where both the regime and the people are gripped by dread and paranoia. The regime’s response to its paranoia and really its weakness is to arrest everything that moves, lock down any meeting with political or social implications, beef up its security forces and surveillance measures and clamp down on persons who voice a contrary position to policies initiated by the government. As for non-violent youth activists, they live in constant fear of being jailed or worse, therefore, they speak and move with extreme care and caution.

On Lumumba Day, January 17, 2016, the statue of Lumumba in Kinshasa was guarded by Congolese security forces blocking anyone who would want to pay respect to Congo’s independence hero on that day. Even as faith leaders and opposition politicians attempted to commemorate the lives lost in the January 2015 demonstrations earlier today, the government clamped down by deploying security forces to shutdown meeting sites and arrest dozens of would-be participants.

Unable to rule by consent, the Kabila regime has doubled down on its rule by force, which as any observer of history knows, is untenable. It is only a matter of time before the people cast off a repressive regime and reassert its basic human rights.

As sons and daughters of Patrice Lumumba striving to realize his ideas of a free and liberated Congo, we are confident that our stand for peace, justice and democracy will prevail in spite of the continued onslaught by the Kabila regime and its backers in the international community. Join us in our pursuit of justice and human dignity in the heart of Africa.

Keep abreast of the latest updates via Twitter @congofriends.
Find out the latest on Congo’s youth movement at Telema.org