True Colors of A Godly Friendship 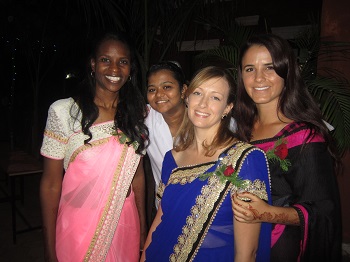 Two are better than one……………A cord of three strands is not quickly broken.
Ecclesiastes 4: 9, 12

It is truly amazing how relationships and friendships blossom. We are all a part of one body.  We laugh, we cry, we grieve, and we love the same despite various differences in our countries of origin, culture, fundamental beliefs, age, or race. The special bond that we share cannot be broken. It doesn’t cease when one of us leaves India to return home to the United States of America, or leaves the state of Chhattisgarh to return home to Orrisa. 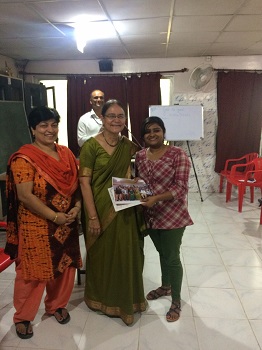 Here at Christian Hospital Mungeli (CHM), I am so grateful that I belong to such a loving and caring group of friends that developed out of an English bible study class. It started with three faithful servants that had a desire to study the Word of God with others in a common language that everyone in the group could understand and share in. In August 2015, Tapan, Paige, and myself started our study on the book of 1 Samuel believing that God would soon send others into the fold; even though, we did not see any physical evidence of fruit at that time.  A few months later, our bible study group doubled in size.  The Lord sent a passionate group of young ladies, Chris; Prerna; Lipsa; and Sarah.

I have shared many special moments with “my” group.  One, in particular, was the time that I was able to take a three day Advanced Leadership Seminar for evangelism with the members of my bible study group and other staff and students here at the hospital. Christian Hospital Mungeli hosted the seminar which is through the Haggai Institute, India. The Haggai Institute trains leaders all over the world to share the gospel of Jesus Christ in their respective countries and cultures, and to train others to do the same. Ironically, we did not know that each other had planned on attending the seminar. Imagine the joy that we felt when we saw each other walk into the conference room, one by one, with registration packet in hand. Our entire group was here and we were eager to grow in the knowledge of ways in which to effectively carry out evangelism.  We learned more on topics related to principles that are taught in my church, such as: what Servant Leadership looks like and the characteristics of a servant leader, foundations of a Christian marriage, life through the Spirit, and biblical ministry through evangelism. 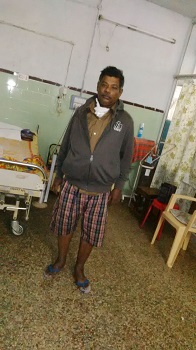 We were on fire……. full of exuberance and ready to hit the ground running.  After the second day of the seminar, we as a group met with a person that attempted to challenge and shake our faith and our knowledge of the Word of God. Though we were tested on our faith; together, we stood like a mountain, unmovable and unshakeable, with the Word of God as our foundation. I am thankful that we were tested together which made our bond even stronger.

Then, a series of events began to occur.  I found out that my mother was hospitalized and required surgery, Sarah’s grandmother was hospitalized, and then Lipsa received shocking news that her father had suffered a stroke and was in critical condition.  Lipsa quickly returned home to Orrisa early the next morning to be with her father and her family.  The rest of us came together as a family of faith and decided to set aside a day for the sole purpose of fasting and corporate prayer. I declared it “Power Day.”  We prayed mightily for the father of our dear sister Lipsa; the countries of India, The United States of America, and Europe; world events; and our personal concerns and requests. Paige encouraged us with scripture on fasting and prayer as we lifted up our voices and hearts to God.

Soon, we witnessed the hand of God moving as we continued to pray individually. My mother underwent a successful surgery and was doing well.  A few days later, she was discharged from the hospital and was sent for rehabilitation. Although, she had to be readmitted to the hospital a few weeks later, and go through the process of hospital stay and rehabilitation again; she is now home, doing well, and continues to trust God for her healing as she recuperates.

Lipsa’s father was steadily improving.  On December 9th, she wrote, “Papa is now talking. His tracheostomy is closed now. He is feeling better. Thanks to all of you for your prayers. Praise be to God!”  Tapan, Prerna, Paige, Sarah, Chris, and myself rejoiced aloud.  Nine days later, Lipsa sent a message to our group stating, “Papa has a nosocomial infection. He is having fever and lots of secretion. But by the grace of God, his counts are coming down.”  We were shocked because he had been doing so well; however, we were not discouraged!  It caused the group to pray and seek God even more.

Two days before Christmas, we traveled to Christian Hospital Bissamcuttack (CHB) in Orrisa to celebrate the life of Dr. V. K. Henry, father of Dr. Anil Henry. While there, we were blessed to have the opportunity to see Lipsa’s father, who was admitted in the hospital's intensive care unit (ICU). To actually see and touch the man that we have been praying so fervently for, was a joyous moment. That evening, Chris; Namita; and myself prayed at the beside of Mr. Beborta along with Lispa and her mother upon leaving the hospital.

Recently, Lipsa came to CHM to collect the rest of her belongings.  We all loved on her as she showed us a recording of her father walking down a hallway.  Almost a month ago, he was still bed-ridden; now he was walking!!  Jai Masih Ki (Praise the Lord); YEHOVA prathna sunta hai(God answers prayers).

On January 31, 2016, Mr Beborta was able to return home after a 2 month hospital stay. Presently, Lipsa is with her family and working at Christian Hospital Bissamcuttack in Orrisa and Paige is back home in the United States of America. The rest of us continue with our bible study class trusting that God will send more servants into the fold. Not as a replacement to the ones that have left; but, as an addition to continue the good work that the Lord has started in us.

Kahala Cannon serves with the Synodical Board of Health Services of the Church of North India.  She serves as a dentist at the Christian Hospital in Mungeli, India. Her appointment is supported by One Great Hour of Sharing, Our Churches Wider Mission, Disciples Mission Fund and your special gifts.