UAECNE Communiqué: The Artsakh War – A Month On

October 29, 2020 – These are days of widespread concern for the wider Middle East region. In particular, what befell Armenians a century ago has shown itself once again in our lifetime.

In 1915 the Armenians of Turkey were subjected to a plan of extermination known the world over as the Armenian Genocide. To this day the Turkish Republic has steadfastly refused to acknowledge the acts of its Ottoman forefathers. It is a crime against humanity that has remained unpunished for over a century, and this impunity has allowed the crime to be repeated.

Early in 1988 a referendum was held in Karabagh (which is known by its historic name, “Artsakh”, by the Armenian people), an autonomous region under Azerbaijan SSR’s authority since the 1920s, to come under the authority of the Armenian SSR. 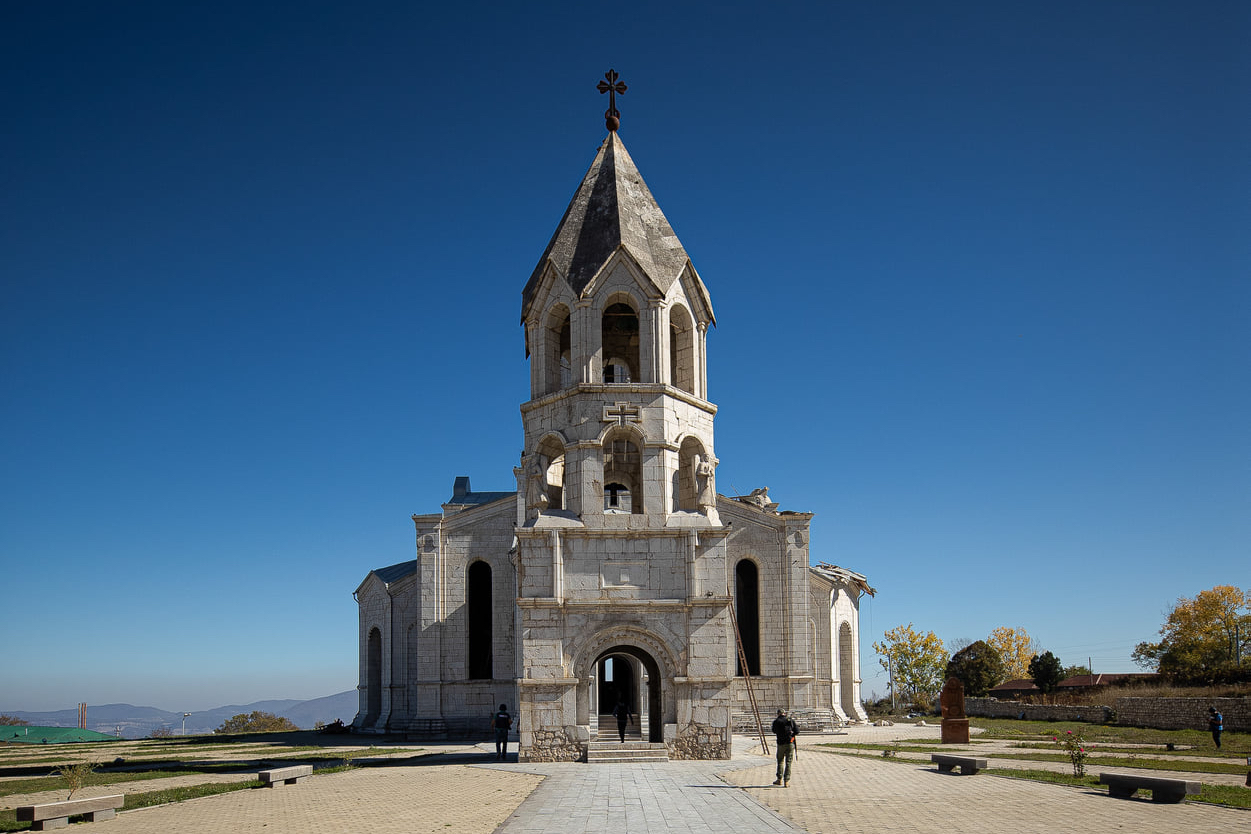 An area that was inhabited by Armenians for millennia, with its many ancient churches, monuments, cultural and educational centers, and its continuous Armenian-majority population was placed under the authority of a hostile, or at best indifferent, people. The 1988 vote for self-determination passed by an overwhelming majority, but brought on attacks, murders and atrocities against Armenians within Azerbaijan proper. When the former Soviet Republics became independent after the end of the Soviet Union, the struggle turned into a war, in which the Republic of Armenia became the lifeline for Artsakh. A cease-fire was agreed upon in 1994, and negotiations for the status of that region and its inhabitants began that year.

Today Azerbaijan, with the active encouragement of Turkey, is waging war against Artsakh. The attack began on 27 September 2020, in order to, in Azerbaijani President Aliyev’s own words, “change the facts on the ground”. To this end, Turkey is supplying not only military personnel and hardware, but also is transporting mercenaries from areas of conflict in the Middle East in order to fight against Armenia.

The entire Armenian people, in Artsakh, Armenia, and throughout the world, are united in combating this aggression, even while the world community deliberates about what it could possibly do to deescalate the attacks of Azerbaijan as well as to control the involvement and designs of President Erdogan of Turkey. With some support from friendly nations, Armenia and the Armenians are standing alone in fighting this war against terror. The supposed principle of “territorial integrity” is being improperly invoked. It is being raised without historical integrity and without being anchored in a strong foundation of justice and peace that is sustainable in the long term. It is being used to justify the trampling underfoot of the principle of self-determination as attacks on Armenian civilians and civilian infrastructure continue unabated. Silence and political maneuvering are leading to the deaths of thousands, the rekindling of antagonisms, and the fading away of hopes for a cease-fire.

The Union of the Armenian Evangelical Churches in the Near East calls on its partners throughout the world to join them and all Armenians in their call for justice and peace, and to unite in prayer to Almighty God to “let justice roll down like waters, and righteousness like an ever-flowing stream” (Amos 5.24).

Related: Global Ministries’ Prayer for peace in the Nagorno-Karabakh region