UCC and Disciples Leaders on North Korea: Peace is a Process 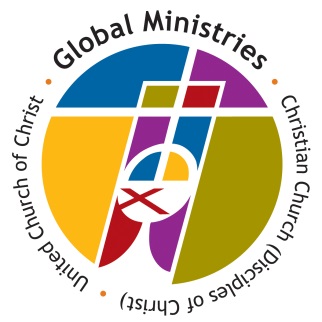 Leaders of the United Church of Christ and the Christian Church (Disciples of Christ) issued this statement following the summit meeting between President Donald Trump and North Korean leader Kim Jong Un which resulted in an understanding that Pyongyang would work toward denuclearization and the United States would end joint military exercises with South Korea.

“He shall judge between the nations, and shall arbitrate for many peoples; they shall beat their swords into plowshares, and their spears into pruning hooks; nation shall not lift up sword against nation, neither shall they learn war any more.” Isaiah 2:4

The United Church of Christ and the Christian Church (Disciples of Christ) have long worked and prayed for peace alongside our Global Ministries partners, the Presbyterian Church in the Republic of Korea (PROK) and the National Council of Churches in Korea (NCCK). After 70 years of separation and conflict, we are heartened by the Singapore Summit held between U.S. President Donald Trump and North Korean Chairman Kim Jong Un as a first step toward peace. We echo the hope expressed by these leaders for a “lasting and robust peace regime on the Korean Peninsula” and call on our policymakers to take concrete actions to make this hope a reality.

Even as people of hope, we know that peace is not assured. Peace must be pursued (1 Peter 3:11) and built like a hammer fashioning a plow from the sword (Isaiah 2:4). Both sides will need to make sacrifices and take risks for peace. We believe that greater substance, assurances, and verification will be needed, but we are encouraged by the U.S.’ agreement to halt military exercises and North Korea’s willingness to recover and repatriate U.S. service member remains, along with actions taken before the summit to halt missile and nuclear tests and release detainees. All of these actions are steps taken in good faith toward normalization of relations and, most importantly, steps that can lead to forgiveness, reconciliation, and trust which are necessary for peace to be achieved and sustained.

Over the months and years ahead, there will be challenges that will test the resolve of both sides. Our leaders must respond to such challenges and set-backs by redoubling commitments to peace rather than reverting to threats of war. This effort must ultimately aspire to the full reunification of the Korean people, the replacement of the armistice treaty with a peace treaty, and the full denuclearization of the peninsula which is critical to building regional cooperation and peace. The road will be long, but we believe that a long hoped-for peace on the Korean peninsula is possible. We assert that it is better to take risks for peace, even when outcomes are not assured, than perpetuate a status quo that edges us toward war. The Christian Church (Disciples of Christ) and United Church of Christ are committed to fostering wholeness in a fragmented world and to building a just and peaceful world for all. As such, we declare our shared hope that the Singapore Summit may one day achieve its aspirational goal of reconciliation and a just peace in Korea, and affirm together our commitment to making such aspirations for peace a reality.