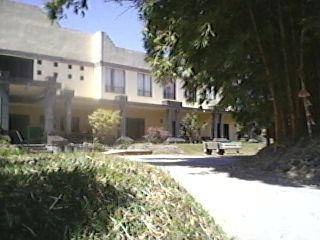 The Latin America Biblical University (Universidad Biblica Latinoamericana, “UBL”) was an exciting place for me to volunteer.  It is a shining light for Protestant students in Latin America to explore new ways to approach studying the Bible with an innovative and challenging perspective.  It also attracts Protestant church groups from the US.  In the midst of conservative tendencies in churches throughout Latin America, students at UBL are being challenged to re-encounter the Good News of the Gospel with renewed eyes.

As a small community, UBL offers a volunteer a chance to build relationships, especially if you know some Spanish.  It has a long history of receiving volunteers and knows how to allow them to bring their gifts and talents in a variety of ways through the day or week.  Some volunteers return year after year and those who have left are still remembered in conversations. 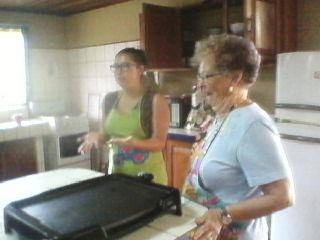 As a volunteer, I got to know students from other countries who lived in the dorm and also those that wanted tutoring in English.  I enjoyed getting to know the Costa Rican staff, two American professors, and other volunteers, mostly retired.  We got together every morning for coffee hour, which was a good chance to practice some Spanish (though there was also English as well) and assimilate into the community.  The two American missionaries had lived in other Central American countries and served as a useful Q and A link as needed.  The volunteers helped each other and those in the larger community at times.  An example was the free weekly Salsa lesson that one volunteer offered to anyone who came.  Whether I was working in the library, typing a document in Spanish or teaching English, I received as much as I gave.  It was a privilege to work at UBL.