Water Projects of the United Church of Christ in Mozambique

The current partnership between the United Church of Christ in Mozambique (UCCM) and Global Ministries has its roots in the 1870s when the American Board of Commissioners for Foreign Mission showed an interest in working in Mozambique. Today, the mission of the United Church of Christ in Mozambique is to serve God and bring people to a progressive religious experience inspired by Jesus Christ through worship, preaching, and the sacraments. The Water Well project is an example of how the UCCM attends to the physical needs of people in addition to attending to their spiritual needs.

The scarcity of water in Mozambique is a very serious problem and heavily affects women and girls who walk long distances and stand in line for hours to get one bucket of water. In many cases, girls are forced to abandon school to guarantee water for the family. In addition to the scarcity of water, past efforts to provide more access have had limited results because the water table in this area is very deep and wells have not been dug deeply enough.

The project will consist in the construction of four water wells with depths more than 110 meters. One well will be dug in the four communities of Chitobe, District Centre, Basane and, Chidoko. It is estimated that about 100 families would benefit from each of these wells.

The work will have to be carried out during high summer because this is the time when the water levels are at their lowest. This will allow for the calculation of depth for each well.  Wells will be secured and the community members will be trained to insure that the wells are maintained and conserved. Water pumps would be powered by solar panels.

Cost estimates for the project include materials, transportation, sanitation, labor, and training. The total cost for four wells is estimated at $30,000.

The first well and cistern, which were completed at the end of 2010, have been a great relief to the families who live near the well.  Some of the people have seen their 12-hour walk reduced to almost half.  After research to find an appropriate area, the construction of another cistern has started.

The local government is very appreciative of the efforts of the UCCM and grateful for this partnership which helps to provide safe drinking water for the people of Machaze.  The government is helpful in supporting training of community members to insure that the wells are maintained and conserved.  Continued support for the building of more wells is essential in making access to the precious gift of water possible for everyone in Machaze.

With gifts received from Global Ministries, a borehole was dug that serves the village and surrounding areas. More than 200 people benefit from the borehole that has been dug. Three dams were also built along the Vusi River with each dam holding approximately 3,000 gallons of water.

The newly dug borehole cuts the distance that women and girls walk for water from up to 25 miles to 12 miles. There are plans for three more boreholes in other communities in Machaze. Additional boreholes will reduce the distance for each household even further.

With the generous support from congregations and individuals for this project, six wells have been completed in the Machaze region.  Global Ministries and the United Church of Christ in Mozambique are excited to expand this giving opportunity to the whole of Mozambique, as there are many villages that are still lacking access to drinking water.  This success would not have been possible without the help of local UCCM pastors, like Reverend Edmore Sibanda that made use of his personal vehicle to facilitate the movement of the materials, and the many UCCM church members who donated their labor to these projects.

As the latest UCCM newsletter states, there are still many villages suffering from the drought, and they hope to build on this success.

At the present time, most of the identified places now have clean water that is kept in cisterns after a rain.  According to the Reverend Edmore Sibanda, there is a need for some more (one or two) cisterns in the community closer to Machaze village.  The Machaze Parish members were concerned with other communities, but now they have realized that they did not mention the need of a well for themselves.  They would like to have help to construct one or two more water wells closer to Machaze.

The United Church of Christ in Mozambique is very grateful for the assistance in helping to bring water to the Machaze communities.

As a continuation of the water project which started in the year 2007 at Machaze Community and supported by Global Ministries, the UCCM was able to assist the community by constructing six cisterns in areas previously identified. At the present time they are able to state that almost all of the identified places now have clean water stored in the cisterns after rain. There is a need for one or two more cisterns to be built for the communinities closer to Machaze village. This means that the Machaze Parish members were so eager to assist other communities that they did not mention the need of a well for themselves. Funds are needed to construct these two additional wells. The UCCM would like to take this opportunity to thank Global Ministries for sending contributions to help the Machaze communities bring clean water to the area.

The United Church of Christ in Mozambique (UCCM) is grateful for the number of contributions and the amount of assistance in bringing water to a number communities in Machaze. The UCCM is continuing to construct water access points in more communities. The church has identified four communities in need of water cisterns or wells, depending on funding, within the Machaze village.  Currently, individuals in these communities walk approximately 20 kilometers (over 12 miles) daily for water. The current access points are not always reliable through May to November due to droughts. As a result of the success in the construction of wells for many communities in Machaze, the UCCM is seeking funds to provide water access points for these four additional communities. The construction of a water well or cistern within each of these communities would provide a reliable water source for 600 individuals. The church would like to provide water wells for these communities, as they are more reliable during droughts, but is willing to install water cisterns if funding is not available for four wells. 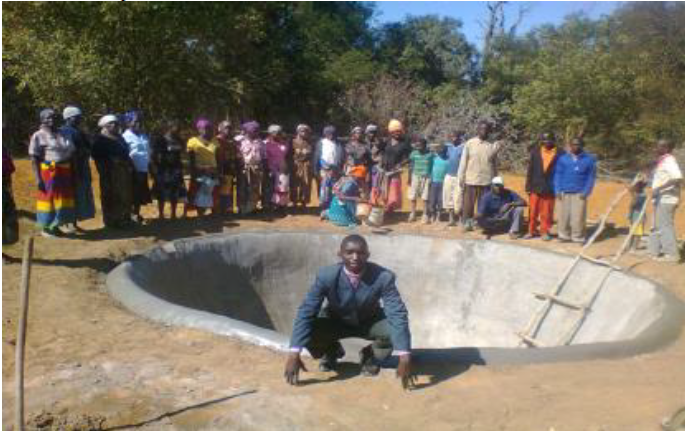 The water project in Machaze continues to move forward, though many zones are still without water.  The presence of the support of the global church has been felt in the construction of more cisterns since last report.  In 2015, the UCCM opened three cisterns and plan to open at least one more.

The drought situation of the area in the past year has adversely affected communities without cisterns or wells nearby. Some of the water pumps built by the government and by the Church were damaged by the extremely dry conditions and are going to need new investments to provide the necessary water supply in these communities. The drought conditions have continued to create challenges for the community and have affected nearly all aspects of life, but the UCCM is hopeful to continue bringing water sources to communities most affected by the dry conditions. 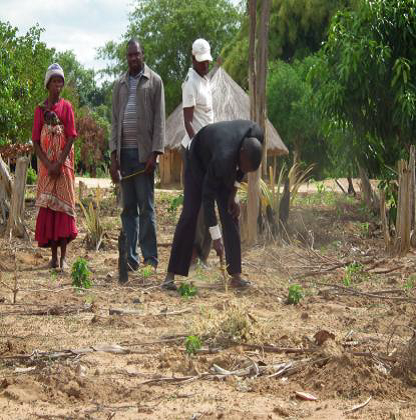 In 2017, the United Church of Christ in Mozambique (UCCM) completed the construction of a new cistern for the community of Tuko-tuko. In addition to this new cistern, the UCCM repaired several cisterns and began constructing water deposits to be placed near homes.

The Machaze water project of the United Church of Christ in Mozambique (UCCM) began in 2012 when the first group of cisterns was built. The district of Machaze was selected as the priority for the UCCM’s water projects, as many men and women in this district travel a far distance to find a water source – either to a river or to lakes that do not have clean water for consumption. Now, six years later, many of these first cisterns are requiring repairs, as they were no longer keeping water for as long as they did when they were first built. This year, the UCCM repaired many of the broken cisterns and improved their quality. The repairs made in 2017 include improvements to the wells in the Machaze Village and the Pombo community. Both of these communities rely on the UCCM water wells as their only well. Several UCCM wells near primary schools were damaged and received the necessary repairs in 2017 as well. 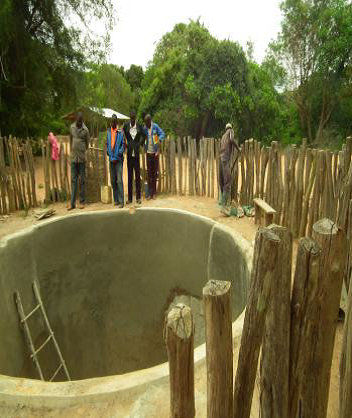 When considering the impact of the project, the UCCM remarks that the Machaze water project has been successful. Communities that now have cisterns are able to drink clean water and are experiencing a reduction in diseases such as cholera and diarrhea. Church members and local community members enjoy the immediate access to clean water for drinking and cooking, but also to use this clean water for washing their clothes and bathing. In the community of Matemane, one woman shares about how much she appreciates having the cistern nearby so that she can bathe and stay clean. The UCCM is teaching local community members on how clean water can be used for all aspects of healthy living. 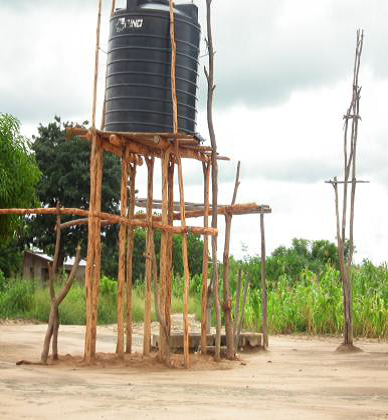 The water project has helped many people in local communities, but the UCCM shares there is still much to do in order to address the water shortage in the Machaze district, as well as other parts of the country. The UCCM is continuing to raise funds for constructing new cisterns and water deposits for communities in Mozambique. Global Ministries welcomes gifts for the continuation of the Machaze water project of the United Church of Christ in Mozambique.

Find out more about the funding of the Water Projects in Mozambique.