WCC publishes “Voices of Faith at the United Nations” 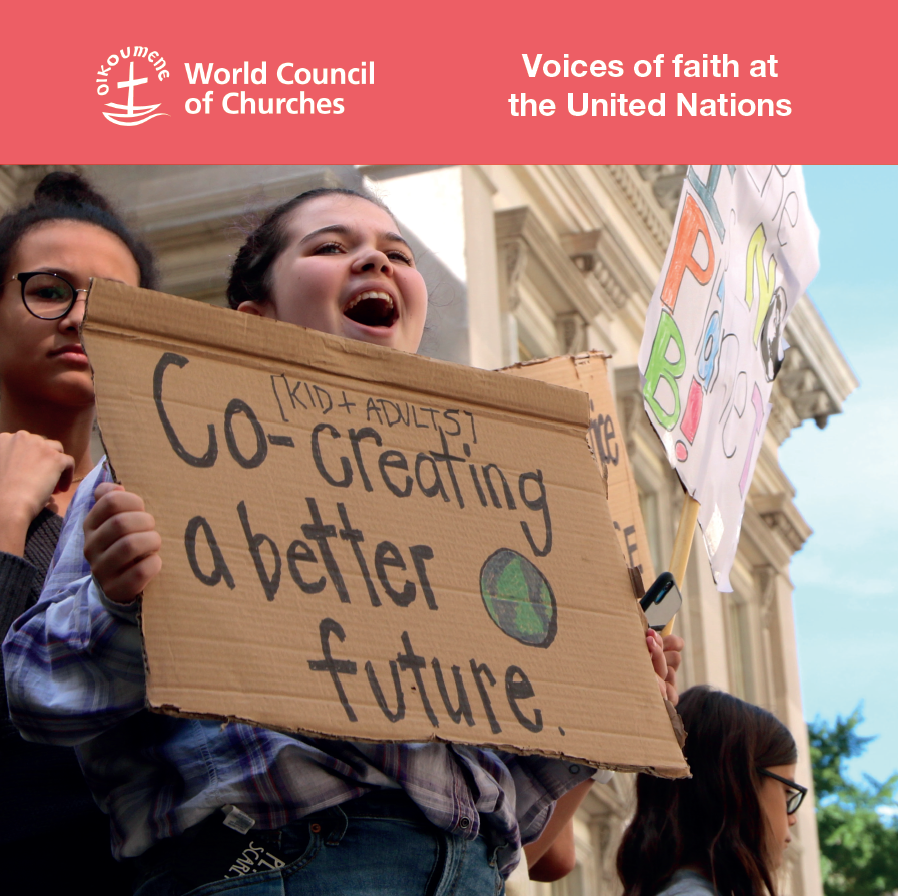 In a historical overview of the relationship between the World Council of Churches (WCC) and the United Nations, a new WCC publication explores why the shared purposes of the organizations are needed now more than ever.

“Never before has the world been in greater need of a robust multilateral system for the coordination of responses to the mounting global crises before us,” writes WCC interim general secretary Rev. Prof. Dr Ioan Sauca in an introduction. “As you will read and see in the following pages, the WCC sees the UN as a main partner in its attempts to react to crucial historical developments in these turbulent times.”

When the Universal Declaration of Human Rights was drafted between 1946-48, O. Frederick Nolde, first director of the WCC Commission of the Churches on International Affairs, contributed decisively as a consultant on religious liberty and freedom. “For over 70 years, the WCC has continued to sharpen its concern, highlighting particular violations, for example racism (1968), torture (1977), and extra-judicial executions (1982),” reads the text.

The publication highlights when, in 1954, Dag Hammarskjöld, the second UN secretary-general, referred to churches as “the guardians of and spokesmen of the deepest beliefs and the loftiest dreams of man.”

In a special section on “Combating Racism: An Ecumenical Legacy,” the text commemorates eminent Christians, including Rev. Dr Martin Luther King, Jr; Albert Luthuli and Eduardo Mondlane, who deeply influenced the racism debate, and, the text reflects, “King’s assassination only weeks before he was to address the WCC’s Uppsala assembly in 1968 gave the matter an urgent focus.”

In 1978, the adoption of the Alma-Ata Declaration was a watershed moment for the World Health Organization (WHO), underlining a commitment to primary health care as key to achieving health for all, and cementing its already close relationship with the WCC. “For WHO, it was a signal breakthrough in public health thinking; for the WCC, it was a particularly joyous moment, resulting as it did from a close relationship between leaders at WHO and the WCC’s Christian Medical Commission (CMC), great-grandparent to today’s health and healing programme,” notes the text.

In 2007, the UN and the WCC reaffirmed their commitment to collaborate at a meeting between the general secretaries of both organizations.

In 2013, an overwhelming majority of 155 countries voted in favour of an Arms Trade Treaty at the United Nations General Assembly. “The Ecumenical Campaign for a Strong and Effective Arms Trade Treaty, led by the WCC, then advocated for swift ratification, and the treaty has been in force since December 2014,” reads the text.

From the Ecumenical United Nations Office in New York, to the WCC-UNICEF partnership to support children’s rights, to work with AIDS response, the WCC-UN partnership has grown broader and stronger over the decades. Working and praying for peace on the Korean Peninsula and efforts for peace in the Holy Land have also strengthened and drawn an ever-growing global response. The issues of gender justice, the climate emergency, and nuclear disarmament have brought the WCC and the UN into strategic working partnerships in new ways.

“May God continue to bless and strengthen our collaboration,” Sauca concludes.