Week of Compassion Update: Earthquakes in Japan and Ecuador 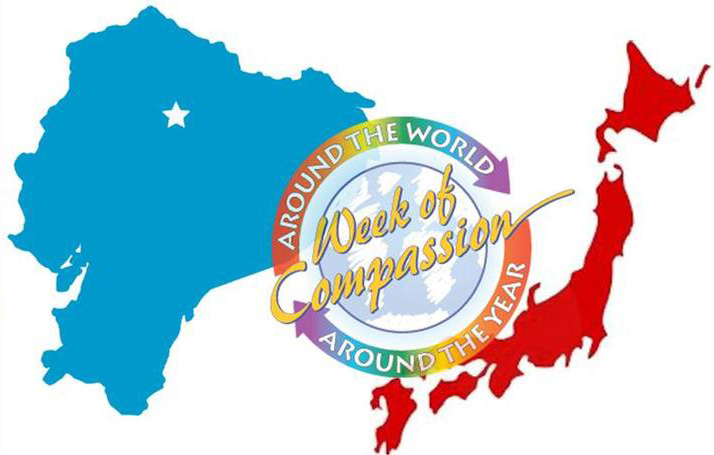 Week of Compassion is currently responding to emergency needs in both Ecuador and Japan after serious earthquakes struck over the weekend. At least 42 people have died on the southern Japanese island of Kyushu, after a magnitude 7.3 earthquake occurred Saturday, 2 days after a smaller quake struck the same area.

Heavy rain is expected in the coming days and resulting mudslides could hamper rescue efforts. Over 1,000 people have been injured and 180,000 have been evacuated to temporary shelters. Week of Compassion is providing shelter and other necessities to 1,000 families affected by Saturday's earthquake through our partners, Church World Service and ACT Alliance. CWS has vast experience providing aid worldwide, including responding to the 2011 Japan earthquake, tsunami, and resulting nuclear disaster.

Ten thousand miles away, in northwestern South America, a 7.8 magnitude earthquake struck Ecuador later on Saturday, so far killing 350 people and injuring 2,500. These numbers are expected to rise due to the massive area that was affected, encompassing six provinces filled with cities, as well as isolated countryside. Many houses, commercial buildings, and bridges have been completely destroyed. Week of Compassion is working with our partners, Global Ministries and ACT Alliance, to assess the damage and provide emergency aid, including food, water, counseling, medical supplies, and shelter.

We continue to pray for the individuals and families affected by these disasters and are committed to be with those struggling to pick up the pieces.

More about Week of Compassion's response