What We Have Seen and Heard: General Ministers and Presidents and Global Ministries Co-Executives Travel to Venezuela

Leaders from the Christian Church (Disciples of Christ) in the U.S. and Canada and the United Church of Christ in the U.S. engaged in a Pilgrimage of Solidarity with the People of Venezuela from September 23- 27, 2019.  John Dorhauer and Teresa “Terri” Hord Owens, General Ministers and Presidents of both denominations, teamed up with Julia Brown Karimu and Karen Georgia Thompson, the two Global Ministries Co-Executives, to affirm their desire to accompany our partner church in Venezuela on their pastoral and prophetic work for peace and justice in the country.  In their travel, they met key actors in the present situation on the Venezuelan society and had the opportunity to listen to the contextual analysis and challenges faced in the country as well as mechanisms for our work of solidarity.  In addition to that, they all traveled to strengthen our commitment to establish a framework of solidarity and accompaniment to the people of Venezuela. The leaders committed themselves to enable congregations from both churches to interpret the religious, political, and social realities of the partner church and the people of Venezuela to congregations. 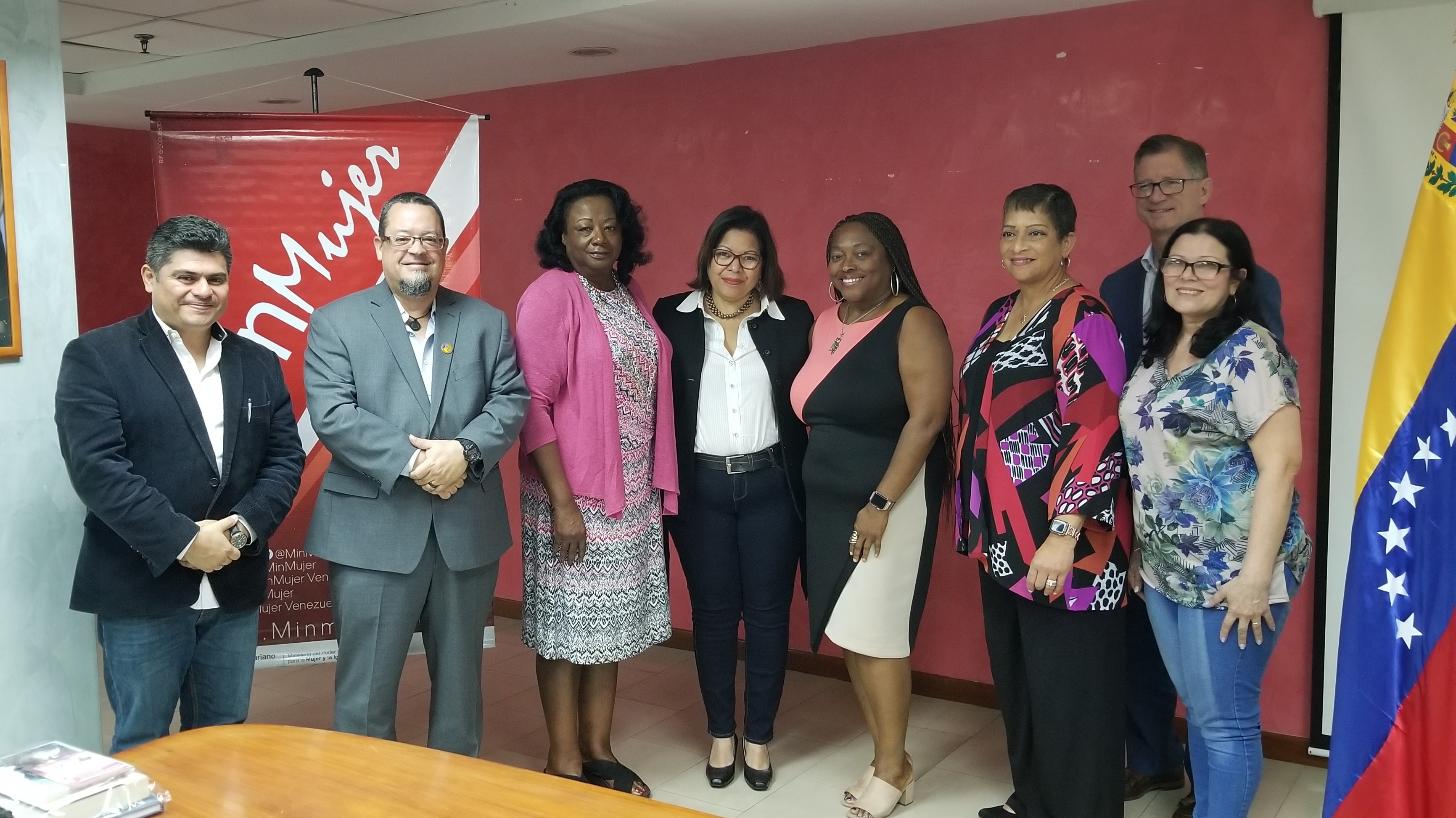 “The agenda for this pilgrimage was very intense.  The General Ministers and Presidents and the Global Ministries Co-Executives spent their days in Venezuela in deep dialogues, engaged in a discussion regarding several matters,” said Angel Luis Rivera-Agosto, Area Executive for Latin America and the Caribbean and the organizer of this pilgrimage.  “They had the opportunity to speak to the Minister of the Popular Power for Women's Affairs, a representative of the Government of the Bolivarian Republic of Venezuela, but they also had the opportunity to sit with one of the leaders of the political opposition in the country.  They met with leaders from the Afro-Venezuelan cultural circuit as well as with an organization that advocates for human rights.  The Evangelical Pentecostal Union of Venezuela, our partner there, invited us to worship and share with dozens of church leaders from the Caracas area.  We ran into the public tram system which provides transportation for citizens going to and from work in the city.  An orchestra of children from a musical program in the country organized a concert for us.  Even John Dorhauer, our UCC General Minister and President, played along with Venezuelan musicians at worship!  So, it was a broad and comprehensive agenda the one that we had there and, as a result of it, we gathered enough information to share in terms of what is going on in Venezuela right now and how to walk in solidarity with our siblings there.”

One of the main clarifications the group received from differing sectors in the political arena in the country is that Venezuela is not facing a humanitarian crisis as published by mass media. “In Venezuela there is an economic crisis characterized by two main factors: First is the price of oil, which generates 98-99% of revenue in the country. The second is the economic blockade,” said Cristóbal Cornieles, a lawyer and leader of SURES, a non-governmental, non-profit, independent, non-partisan and non-denominational organization working on environmental, civil, cultural, economic, social, and political human rights in the country.  “Since 2014, the U.S. created a legal and political framework similar to the Helms-Burton Act, a bill designed as part of the U.S. policy against Cuba. However, the UN rapporteur for unilateral coercive measures, Mr. Idriss Jazairy, issued a report that the blockade began before 2014. The blockade is an even more important issue than the price of oil. The problem of Venezuela is that it has no place to sell its oil. President Trump banned the purchase of Venezuelan oil and forced governments like India to cancel the purchase of Venezuelan oil. Now, he is doing it with the Caribbean countries.  Venezuela and Jamaica agreed to build a refinery to process oil and we were forced to sell it to that country to avoid the sanctions of the United States,” stated Cornieles on his presentation to the group.

The Global Ministries Office for Latin America and the Caribbean will be sharing more information about this pilgrimage in the upcoming days. The leaders agreed to work on a plan to raise awareness of the issues discussed during this pilgrimage, along with a pastoral letter and suggestions for congregations to accompany Venezuela on this present situation.  Stay tuned for more things to come.

Reflections from participants on this Venezuela pilgrimage may be found here.