By Global Ministries (Disciples of Christ and United Church of Christ) on October 16, 2018

Monsignor Oscar Arnulfo Romero y Galdamez, former Archbishop of San Salvador, El Salvador, was made a saint of the Roman Catholic Church this past Sunday morning, alongside six other canonized church figures. A priest committed to the cause of the poor and an opponent on violence and repression in his country, Romero was murdered by a gunman on March 24th, 1980 while holding mass.  The Reverend Miguel Tomás Castro, a Salvadorian Baptist pastor of one of the Global Ministries' Partner churches in the country, delivered a reflection on the ministry of the Salvadorian saint and martyr. 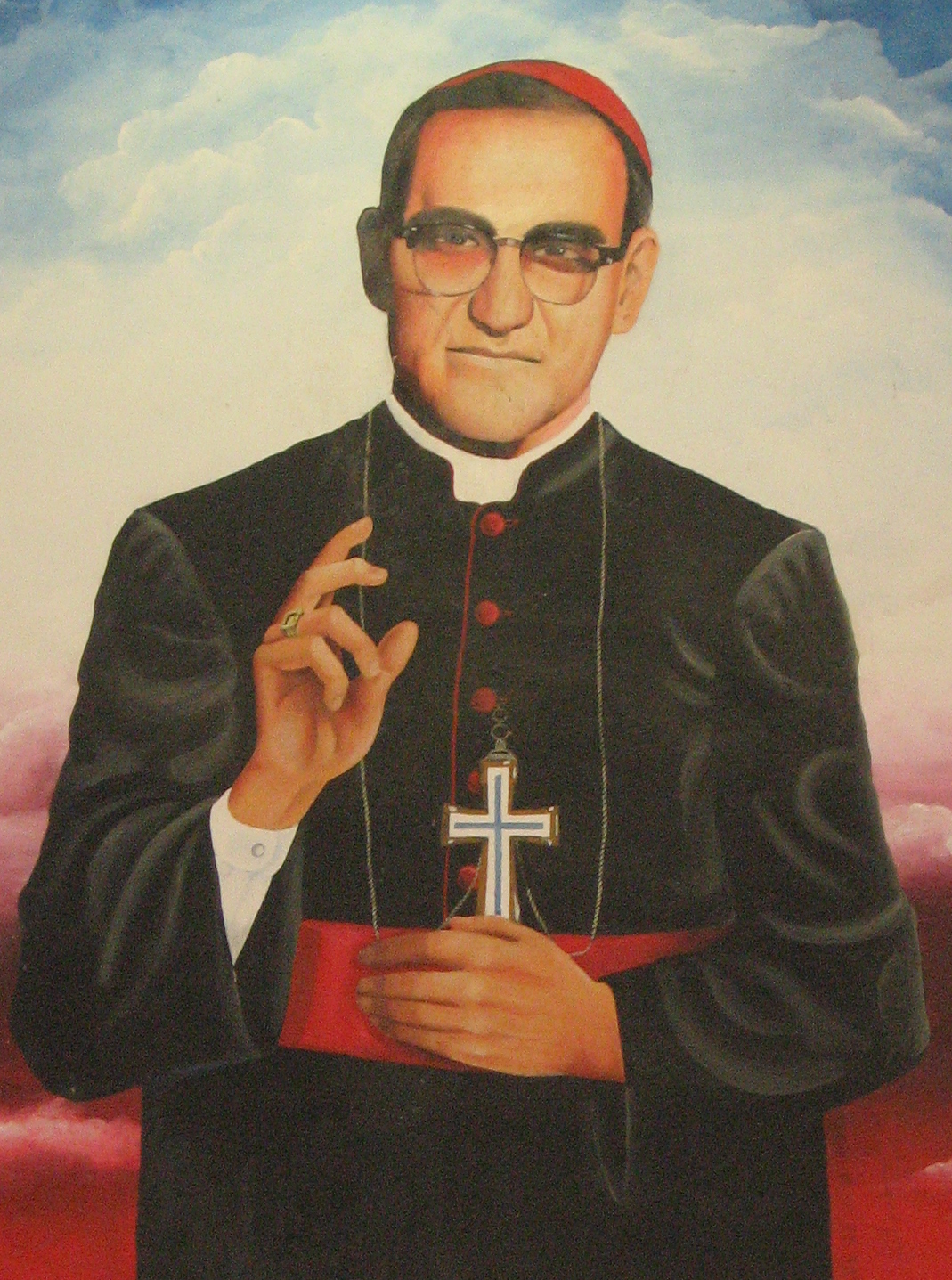 When Monsignor Romero was elected archbishop of San Salvador in February 1977, many sectors of society, even within the Church itself, assumed his election with skepticism, many did not approve or believe him.  After a while, the one who raised doubts about his own calling emerges as the man of God that was needed in the history of this country.  Romero assumed his Pastoral Ministry and knew to be up to the historical circumstances in the late 70's 'In the early 80's. How is his sanctification understood then, in a society that was hostile to him, that ignored him, denigrated him and despised him with hatred until the very day he was murdered?  How to understand now that the one who is reviled and denigrated is recognized by one of the greatest Churches in the world, as a holy man, a man of God and an example of faith? What does this society say that both Did he unfairly point him out to murder him?

It is my understanding that the Salvadorian society, its government, its justice system must rectify their attitude towards Monsignor Romero, because he is still not recognized as who he is, and worse still, the abominable crime committed in him continues to be maintained in impunity. Even the Church herself must confess its sin, because at some moment it kept silence and assumed indifference, before this one, who is now exalted as Saint of the Universal Church.

The different sectors of society must say a word. Some to reiterate our recognition and our admiration to this man of God, others to rectify their positions, others much more, to ask for forgiveness because they detracted him, and they pointed him out as someone who deserved to be killed. Moreover, those who plotted his death, and put money for the murder of Monsignor, have to confess and acknowledge their sin.

Acknowledging the sign of God behind this great event is crucial.  But, also, it is important to establish the main reasons why Romero is exalted as a saint of the Universal Catholic Church.  He was not exalted just because he was a priest and bishop.  As a matter of fact, there have been many excellent priests and bishops throughout the history of the churches in El Salvador.  Neither because of being a good preacher, preachers abound. The reasons that make this recognition valid and legitimate to Monsignor Romero is because of his vocation as Pastor, a Pastor who lived with his people all the risks that the same people have run. He was the pastor who goes and dwelled with the poor in his work, in his searches, and in his struggle.  Because of his fidelity to Jesus and the Gospel, if someone was strict in adherence to the Word of God, with himself, that was Monsignor Romero, and no one can disagree that there was in him, a testimony of total fidelity to Jesus and to His Gospel.

Another reason is his deep commitment to the cause of justice.  Monsignor Romero gave himself up to it, to advocating for the rights of the poor and marginalized, and defending with a very vehement spirituality, those victims of injustice in El Salvador. It can be said that Monsignor Romero consecrated himself to the suffering, the needy, the poor, the persecuted.  Monsignor Romero had all the qualities to be recognized as a Disciple of Jesus, and as a genuine man of God.

Last, but not the least, he claimed and sanctified his prophetic word, with that ability to discern reality imbued with sin with that moral strength to say the truth and the gift to present the purpose of God for the poor people. A prophetic witness with the force of the Spirit of God. That is also an unavoidable element that justified the Canonization of Monsignor Romero.

A man of God has been vindicated, out of the kind of faith that was very typical of him.  Monsignor Romero lived his ministry with humility and simplicity, and with an unwavering coherence with The Gospel of the Realm of God.