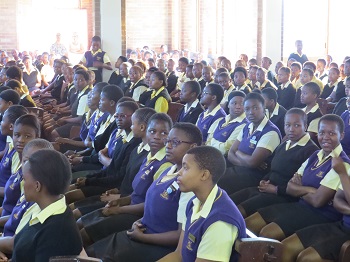 The joy comes in participating and witnessing healing, growth and new life.  This is the core of the message of Jesus that is fully revealed during the Season of Lent and Easter.  John 10:10 I came that they may have life, and have it abundantly.

Six years ago a refugee from another African country came to live at Inanda Seminary.  She was bright and eager to learn.  During her years, she was always in the top ten of her class but more frequently number one.  She was successful in being granted a scholarship to study and today is working for a top accounting firm in the country.

Three years ago a local girl came through the gates of Inanda Seminary after obtaining a scholarship to study.  She was the hope of her family where no one has graduated from high school.  As she persisted in her studies, she rose to the top of her class and then number one.  She too has received a scholarship to study at university.  She began university this year.

Two years ago a new student came to Inanda Seminary carrying with her the pain of abuse.  Through counselling and support, she can celebrate healing and new life ahead.

Inanda Seminary is more than a school turning out graduates; it is a home of healing, growth and new life.  Inanda Seminary is a school that lives up to its motto ‘Shine Where You Are’ based on Philippians 2:15 where we are called to shine like stars in the midst of a crooked and perverse world. 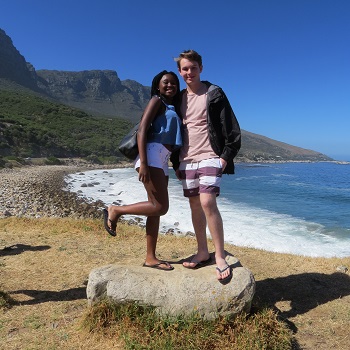 Micah (17) will complete his last year of school in December.  He has taken the SAT twice and will do so again at least once more.  He will spend some of his school breaks looking at universities in Holland, England and the United States.  Micah had surgery on his knee in January for an osteochondral fragment and is recovering well.

Madeline (15) will complete grade 10 this year.  She was elected to serve on the ‘Interact’ Board (social outreach) at her school.  She continues to add more disciplines to dancing.  This year she will be doing ballet, modern, contemporary and an open class of hip hop and modern.  She has auditioned to dance in an art festival and to act in a student written and directed play.

Scott had major hip surgery last year after catching his foot inside the shoelace of the other foot and shattering his acetabulum.  He was allowed to run again at the beginning of February.  Scott continues to volunteer for the School of International Training (SIT), the University of Kwa-Zulu Natal (UKZN), Bethel Congregational Church UCCSA, Inanda Seminary and on the Board of Cluster Publications.

Thank you for the love, prayers and support that you have shown throughout the years.  We are very grateful for the opportunity of being in community with the people of Inanda Seminary and the partner denomination the United Congregational Church of Southern Africa (UCCSA).  The boarding campus has been home for 18 years.  Inanda Seminary has developed, changed, challenged and grown me.  I have learned much about myself in relationship to others and to God.  My worldview has been altered and includes ‘ubuntu’, and I will always carry the ‘African spirit’ in my heart.

Scott Couper serves with the University of KwaZulu-Natal’s (UKZN) School of Region, Philosophy and Classics, Seth Mokitimi Methodist Seminary (SMMS) and Inanda Seminary.  Susan Valiquette serves with Inanda Seminary, Durban, South Africa as the chaplain and an instructor. Their appointment is made possible by your gifts to Disciples Mission Fund, Our Church’s Wider Mission, and your special gifts.