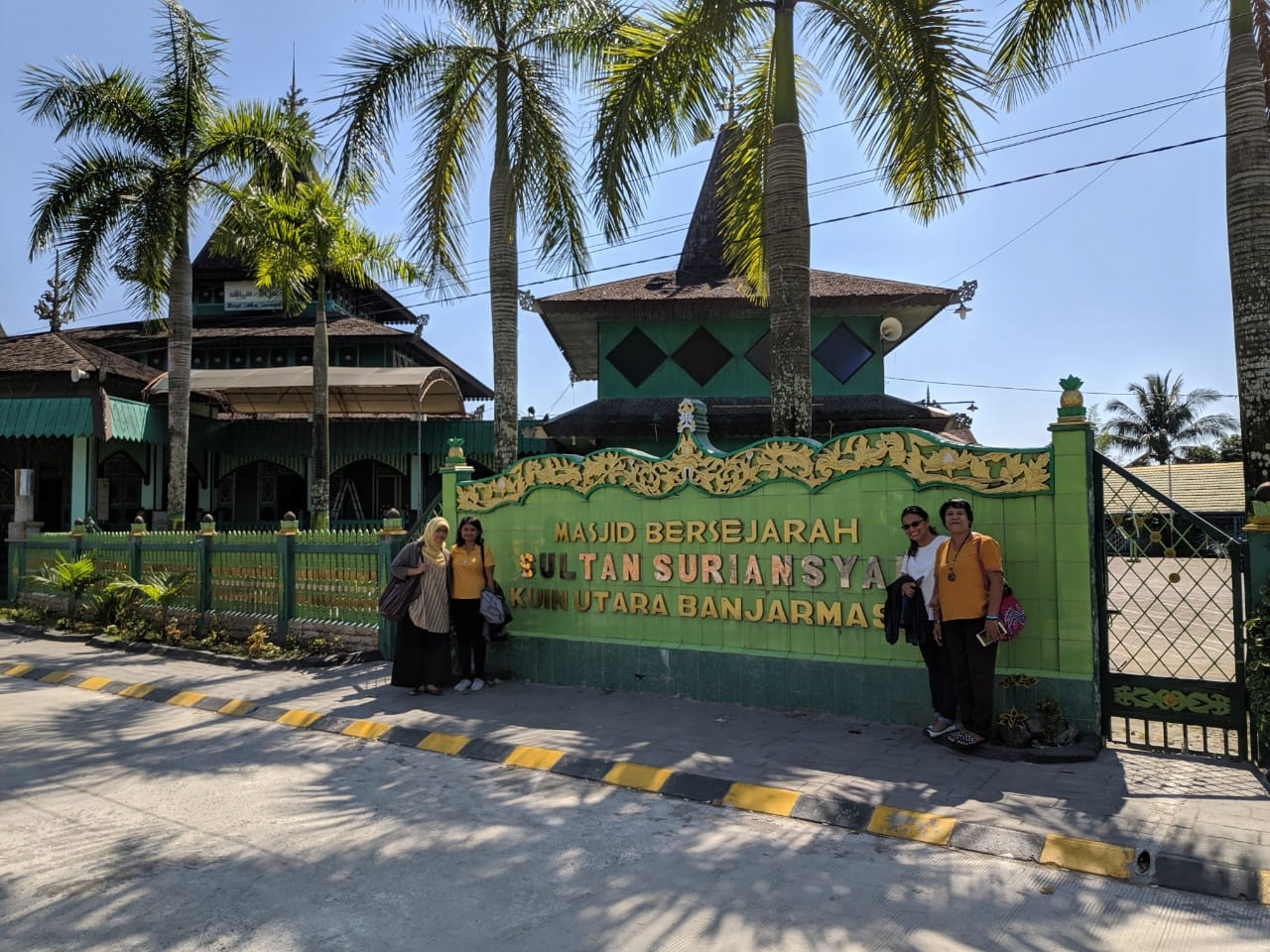 Praise the Lord for our recent Women’s Interfaith Gathering! We are truly grateful for the travel assistance from Global Ministries and the recommendation from Rev. Mery Kolimon. Without the funds and the recommendation, Rev. Herlina Ratu Kenya, Rev. Lastri Agustaf and Meliani E. M. Yeni Kurniawati will not be able to attend. The program went from 9:00 am until 6:00 pm and was followed by a group dinner. Usually, informal conversations went until 9:00 pm. The event was attended by 30 women from different religious backgrounds. 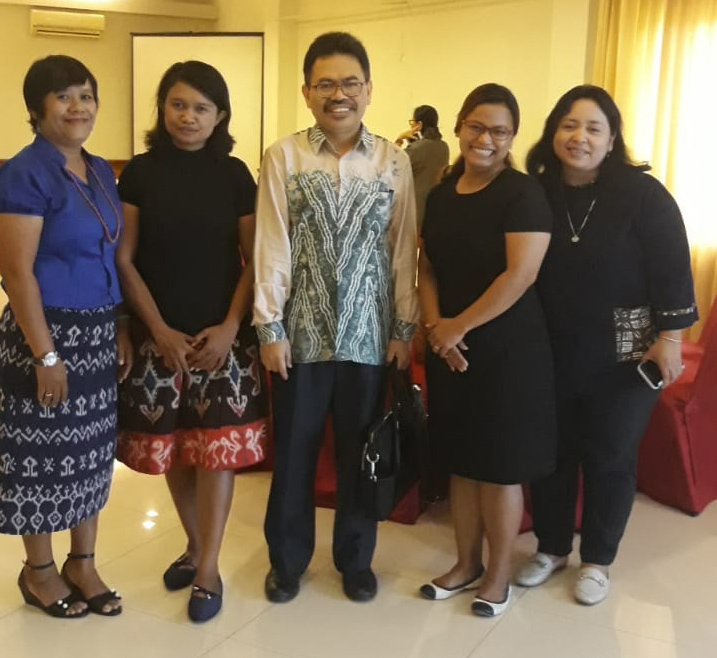 The first day, there were four sessions. The first session was about the development of fundamentalism, radicalism, and terrorism in Indonesia by Prof. Dr. H. Mujiburrahman as the President of the Islamic State University of Banjarmasin. The second and third sessions were given by Prof. Olaf Schumman who talked about the root and development of fundamentalism and radicalism in religions and building justice and peace from the point of view of religions.

The last session of the first day was given by the Director of the Institute for Islamic and Social Studies in Banjarmasin, Mrs. Rafikah, who talked about creating interfaith dialogue from a Muslim perspective. Some highlights of the sessions from the first day include:

The second day, there were four sessions as the following:

On the second day, we all learned how to maintain good relationships among diverse religious groups. In Banjarmasin, where the event was located, Muslims make up 97% of the population.

On the third day, we started with a fun activity which was visiting the floating market. After that, we regrouped around 11:00 am in order to discuss our action plan. In Sumba, our first priority is to find diverse religious groups and engage with them more intensively. The gathering was closed with an interfaith prayer and the centerpiece was created by Rev. Herlina Ratu Kenya. The centerpiece was the highlight of the day as well since everyone loved taking a picture with it. 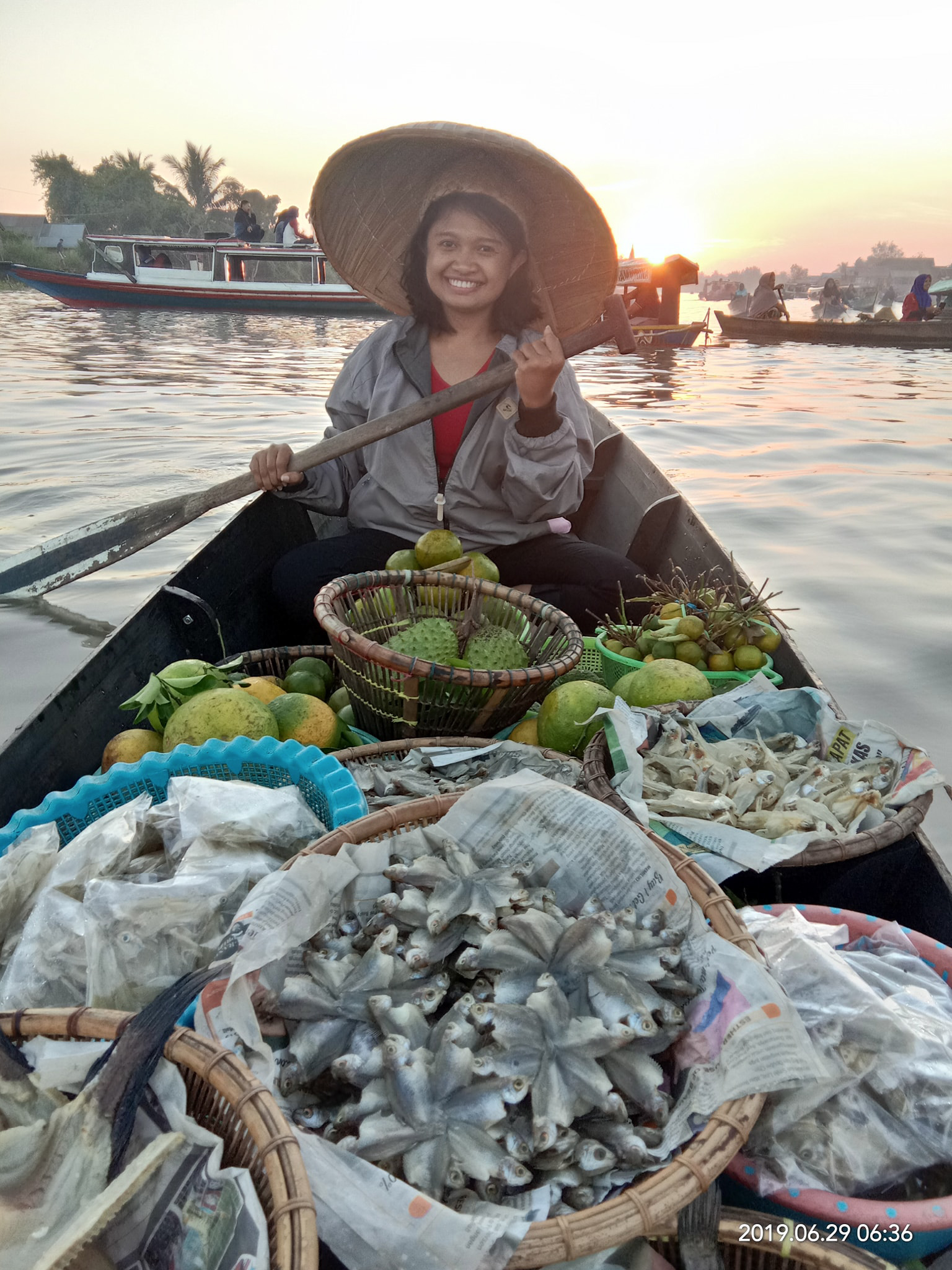 On our last day in Banjarmasin, we visited several mosques and tombs of the Sultans, which are sacred places for Muslim in Banjarmasin, before we headed to Jakarta. We had to fly to Jakarta in order to get a better price of flight tickets. Since we had to stay a couple of days in Jakarta, we wanted to make the best of it. We visited the office of the National Commission on Violence Against Women. We met with the chairperson, Ms. Azriana Rambe Manalu, and discussed the issues of violence against women in Sumba and the industrial impact that happened in East Sumba. We also discuss the stratification in East Sumba tradition. We got many books from them to share with our friends here. We also visited Jakarta Theological Seminary and met with Dr. Joas Adiprasetya. Rev. Herlina hopes to get her Ph.D. under his supervision.

Once again, we are thankful for the opportunity you have given us. This trip has been a tremendous and extremely enriching experience for the three of us. Below is the testimony from Rev. Lastri Agustaf who is learning English:

“I want to thank God for giving me a chance to involve “Women Interfaith Course in Banjarmasin” and to Global Ministries for your travel fund for giving me and two others a chance to attend this event. Personally, it was the first event that I attended since I became a Reverend in the Christian Church of Sumba.

Days following this event, there were many things I got, such as knowledge and experience in interfaith relationship. During this course, I met many women across faiths, who struggled to create a space for interfaith dialogue and made interfaith community amid the practice of intolerance that occurred in Indonesia.

On other side, I also met, many great speakers who spoke about fundamentalism, intolerance, and terrorism and I learned why it happens and how we create a new way to make a better life in a pluralist country of Indonesia.

At the end of the course, I have a chance to visit the Oldest Mosque in Banjarmasin, Suriansyah Mosque, that was built by Sultan Suriansyah in 1526.

I am so blessed to attend every wonderful session that inspired me and all the members to create an interfaith community as a bridge to interfaith dialogue to discuss many issues about terrorism, radicalism and to know more about the other religion.”