When I first moved to Hungary I was often asked by well-meaning friends and family if I felt safe. What they usually meant by this was “I’ve watched the news and all those refugees are young men of military age – have they really come to rape and pillage!?” 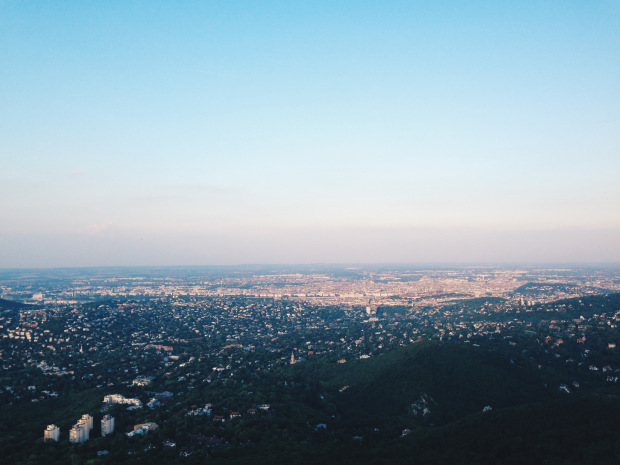 This is a blog post that should have been written long ago, but somehow I’m only just getting around to it now. My writing is like that – I feel an urge, a pull from deep inside and I write to ease the tension on that cord that is pulling me. So here I am, writing about this challenging topic, one that many of my family and friends back in the US would rather not discuss because what I’m about to say will hopefully humanize people that so many would rather see as simply “the other.”

It’s easier to dismiss an entire population of people if you paint “the other” as dangerous. What I find laughable is that in my two years working with refugees in Budapest, young men of military age and other, I feel safer here with them than I ever did back in the US. What scares me now are the white men in America who commit mass shootings, not the Asian and African men that I spend my days with.

Yes, most of the folks that I work with on a daily basis are single men of military age, but to stop there is such a disservice to their character, for these young men are so much more. They are filled with hope, determination, intelligence, an aptitude for business, creative problem solving skills, flexibility, compassion, loyalty, love, and so much more.

The men I work with have left their homelands to escape war because they have no desire to fight. They often see the state of their nations and despair at what has happened, the “freedom fighters” and militant groups who have corrupted the name of Islam for their cause. They have fled to Europe, seeking safety and security, making the perilous journey on their own in the hopes that they can build a life here, and eventually the rest of their family can join them – mothers and fathers, sisters and brothers.

The men that I interact with have desires for the future that make me cry sometimes to hear them. They want meaningful employment and a chance to give back to their community. They want to share their profession from their homeland, whatever they were trained in, be it pottery, construction work, shoemaking, or tailoring. They want to start businesses and contribute to the economy. They want what we all want – and yet so many people around the world do not take the time to realize that.

One man grew up watching CSI-type shows in his home country, dreaming of one day having an exciting life like that. His family fled when he was young and they all had to rebuild their lives in Hungary. His gift for exotic and rare languages eventually garnered the attention of the Hungarian police, who began to use his services as a translator. Before he knew it, the boy was a high-schooler, working cases with the police at night and going to school by day – saving up the money he earned for traveling and university. Now he has a full-ride to a university in Budapest and he wants to study International Relations, using his skills to make a positive change in the world.

Another man was a minority in a country that refused to grant him citizenship because of his lineage – he was stateless. He left home on his own and has been away now for six years. He feels unwanted by his home nation, the only place he’s ever known, and sometimes feels unwanted in Hungary as well. His family has left their homeland as well and now lives elsewhere in Europe. He desperately wants to see them and begin a life together. He wants to start a family and build a life for himself here, but he doesn’t know how that’s possible right now.

One young man saw the life his brother had in the UK after leaving their homeland almost ten years ago, so when the war came closer to his home he fled to try and build a new life too – but the situation now is very different than it was for his brother. He lives in Budapest and struggles with chronic illness brought on by stress and trauma and he’s finding it hard to adjust to life in a European capitol. Life here is radically different from the strict Muslim upbringing he had in the rural area of his native land, and sometimes it brings him to tears.

A group of men traveled from northern Africa through Europe and eventually made their way to the US around three years ago, only to be sent back to Hungary after the new administration gained control. They passed through Hungary in 2014 and many of them lament that they should have just stayed, but they wanted the American dream – they wanted to add to the melting pot of life there. They harbor no ill will, though, as they are thankful that at least they were not sent all the way back to their war-torn homeland. When we have crafting days at the community center they join in with gusto, eager for an outlet for all that they are feeling.

Another man spent his early years working as a translator for US military forces in his home nation. His country was war-torn and he used his language skills to try and bring stability to the region. When the US troops pulled out, however, his life was in danger and he had to flee. He has been in Hungary for years now, but still reminisces about the easier days when he was growing up at home, stealing his older brothers motorcycle to ride around in the afternoon.

Yes, they are all young men of military age – but they are also so much more. The men that I work with are deeply human, full of flaws and scars, but also a sense of hope and energy for the future. They take care of me, bring me food, make sure that I’m safe and looked out for, walk me home from work, help me trap the mice that once took over my apartment, teach me their mother tongues, and, most importantly, they have helped me to live a life of radical love and honesty. Without these men, I would not be who I am today.