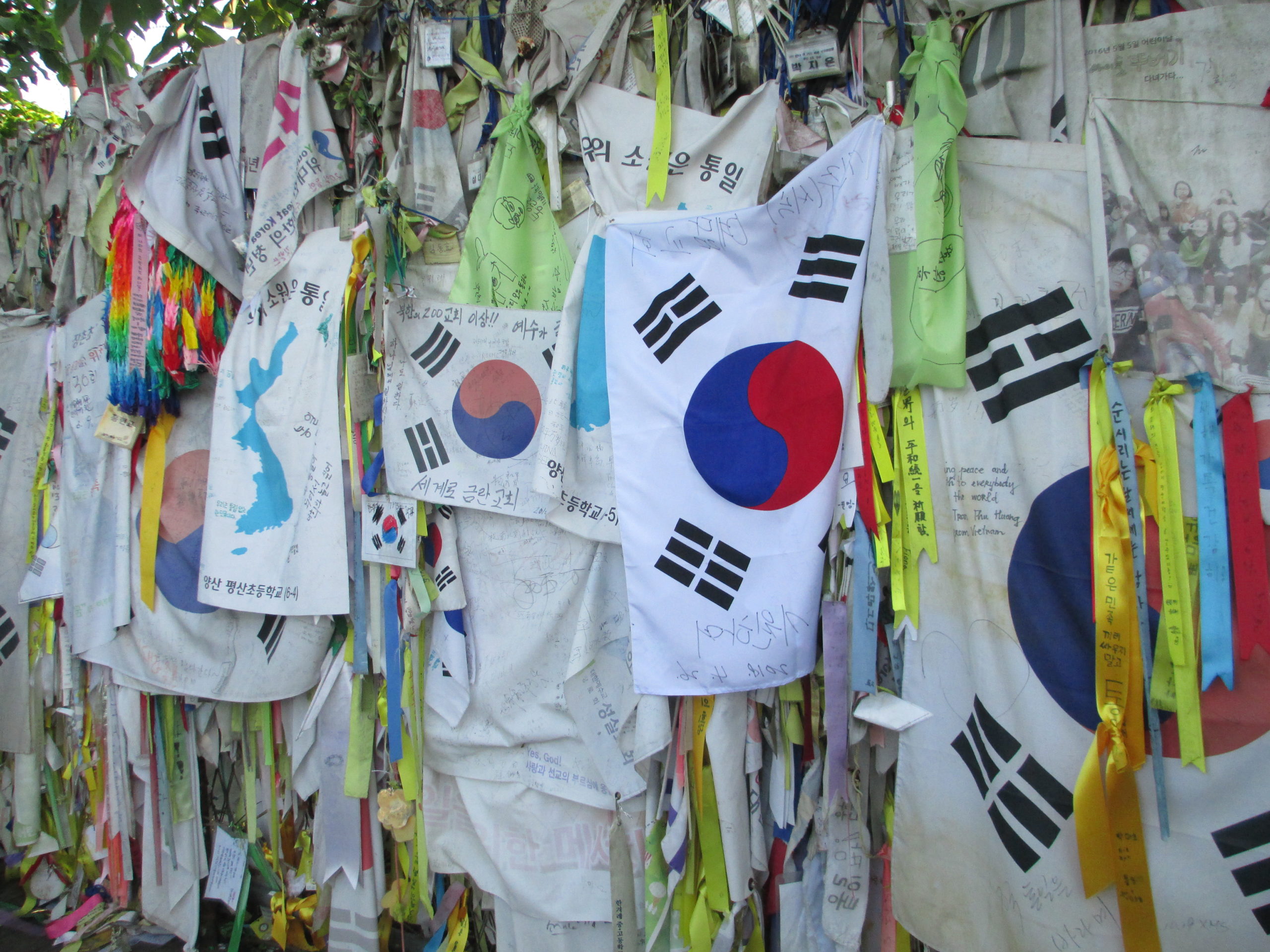 On August 12 you can join the churches in the world in celebrating the “Sunday of Prayer for the Peaceful Reunification of the Korean Peninsula” using the following prayer prepared by the churches of North Korea and South Korea.

Each year, Christians are invited to join in a prayer for peace and reunification of the Korean Peninsula. Prepared by the National Council of Churches in Korea (NCCK) and the Korean Christian Federation (KCF), the prayer is traditionally used on the Sunday before 15 August every year.

The 15th of August, celebrated as Liberation Day in both North and South Korea, marks the date in 1945 when Korea won independence from Japanese colonial oppression, yet ironically it also was the day when the peninsula was divided into two countries.

The Korean Christian Federation Central Committee (North Korea) and the National Council of Churches in Korea (South Korea) have composed their annual joint prayer for peaceful reunification of the Korean peninsula for 2018.

We thank you Lord that Christians in North and South Korea who live in the same land, under the same heavens once again greet this year’s Liberation Day. Though August visits us every year, we have long forgotten that overwhelming moment of the past. For the last 73 years of separation, while in constant conflict with each other, we have failed to embrace each other with love. Lord,
have mercy on us.

We greet this year’s Liberation Day with new hope. The period of separation, war and hostile confrontation that our people went through is dimly fading away and we now look at the rainbow of peace and prosperity stretching over Mount Halla to Mount Baekdu. God, who rules history, lead this land to greet a new history of peace, unification and prosperity.

Help us overcome with strength the many walls and high barriers that still remain. The historical meeting between the North and South Korean leaders has taken place in Panmunjom, once a site of separation and conflict, and now with the signing of the Panmunjom Declaration, the two Koreas have finally taken a step towards reconciliation. But the walls of separation and the embers of war still remain. We pray that by completely removing any contemptible barriers of separation that threaten the people’s livelihood and block common prosperity, you bring long lasting peace that may be a stepping stone for peace not only in the Peninsula, but in Northeast Asia and the entire world.

We pray that we strive for bigger dreams. Though our people once shared a 5000-year-long history, we have lived in separation for the last 70 years. We can no longer be forced to suffer the misfortunes and pains of separation. Help our people greet a turning point in history at this new crossroad. Lead us to open our hearts and join shoulder to shoulder to envision a new road of strong peace and stable prosperity that will lead to unification.

With faith we have seen that Panmunjom, once a site of separation and confrontation has now become a place that signals the beginning of peace, unification and prosperity. Now let the peace conceived in Panmunjom blossom and bear the fruits of peace and unification which our people have so long yearned for. Give us peace and courage so that the Christians of the North, the South and the entire world work for the peace, unification and prosperity of the Korean Peninsula and lead the Christians of the world so that they can actively support this mission.

National Council of Churches in Korea