The Mediterranean Sea can be hostile. For refugees and migrants it can be a dangerous and deadly barrier–the waves more like walls, the whitecaps like barbed wire. Those who face the crossing do so in desperation and in hope for a future they can only imagine.

Mediterranean Hope offers a ministry of welcome for those who have recently arrived across the sea. The Waldensian Church in Italy–one of our partners in Europe through Global Ministries–helped establish the Mediterranean Hope program which assists refugees and migrants from Africa and the Middle East who survive the treacherous crossing of the Mediterranean from North Africa, providing them with basic needs, offering programs to help with their integration, and advocating for their well-being. 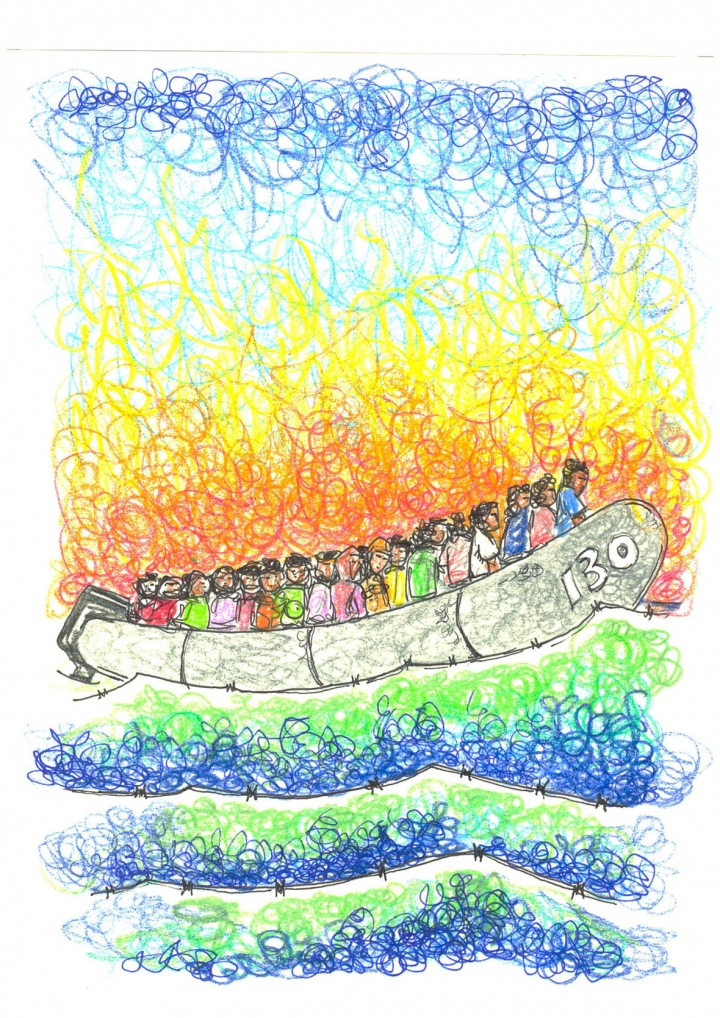 Late last year, Mediterranean Hope colleagues shared that there were fewer people arriving in Italy because of a deal struck between the Italian and Libyan authorities, paying Libya to prevent migrants from leaving. Such financial deals between European and North American governments to Middle Eastern and North African countries to restrict the flow of migrants and refugees are quite common.  They reduce the influx of “undesirable” people to the global North, but as a result, create “bottleneck countries” to which people have fled for a variety of reasons, including conflict and war.  Almost 5 of every 6 refugees are now in developing or middle-income countries and almost a third are hosted by the least developed countries in the world-such as Turkey, Lebanon, Jordan, and Morocco.

Where financial deals and international attitudes restrict hospitality, and increase inequalities experienced by refugees, Casa della Culture, or “Home of Culture,” (a center in Sicily operated by Mediterranean Hope) emphasizes relationships. It is a place for people-Italian and new arrivals-to talk together, reflect, and enjoy fellowship across linguistic, cultural, and religious differences.  In a dinner encounter, our group met a woman who was delighted to share of the welcome she experienced-despite having lost her months-old child during the Mediterranean crossing; another whose family had remained in Morocco, but who had found gracious hospitality among the Waldensians; and yet another who simply enjoyed being able to express herself through dance during evenings of fellowship.  All of these welcomed us one evening with the generosity (and foods) of their cultures, and much graciousness.

Week of Compassion and Global Ministries continue to work together to support churches’ responses to the refugee crisis in the Middle East (read more about how Disciples are responding to the Syrian refugee crisis).  By providing food and water, clothing and medical aid, and basic education for children, the Christian Church (Disciples of Christ) enables many partners, including the Forum for Development, Culture, and Dialogue and the Orthodox Initiative, among others, to provide a witness of Christian love to Syrians, Iraqis, and other refugees, people of different faiths, in their time of need. Beyond simply providing items, your gifts help provide an abundant welcome. Your gifts mean More Than we Can Imagine.