A Different Flight into Egypt

The city of Cairo is approximately 1,191 square miles – roughly the same size as Rhode Island, the diminutive locale where I and about a million others have lived for most of our lives. For many people in the Ocean State, a twenty-minute trip in the car is often “a little too much;” taking the highway to Boston may elicit gasps or groans and travel outside of New England is spoken of in hushed, aggrieved tones. 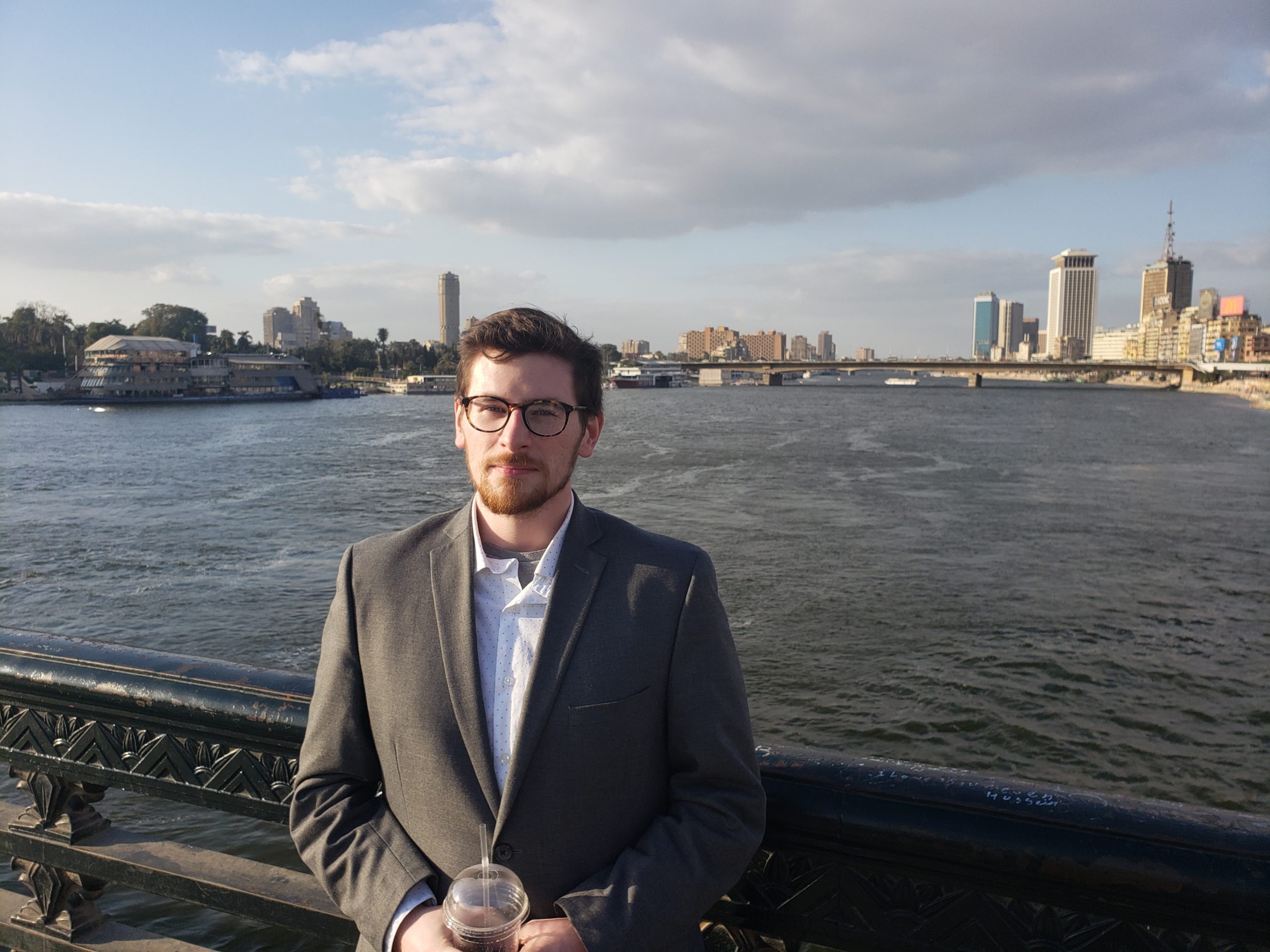 Compared to our quaint capital of Providence, Cairo is a true metropolis. The Umm el-Dunya, “Mother of the World,” acts as home and hearth to almost twenty-one million souls. In stateside conversations, Egyptians have casually mentioned multi-hour car travel times within the world city – an observation which I have yet to relay to my well-wishing family prior to my departure, if only to avoid sending them into stunned silence.

Amidst and below Cairo’s grand population and complex transportation networks lies its immense and complex history: a long and earmarked scroll detailing the many peoples – both known and unknown, the ordinary and the divine – who sought its culture and faith, protection and sustenance. According to the Gospel of Matthew and local Coptic tradition, an angel of God directed the Holy Family – the infant Christ, Mary, and Joseph – to the very grounds from whence Cairo would rise centuries later. Seeking safety from Herod the Great, the Holy Family’s flight into Egypt may have led them to notable Cairo landmarks such as the “Tree of the Virgin:” a sycamore under which the Virgin Mary is said to have rested and found nourishing water for Jesus. Now, as it did then, the Umm el-Dunya supports and sustains her family. 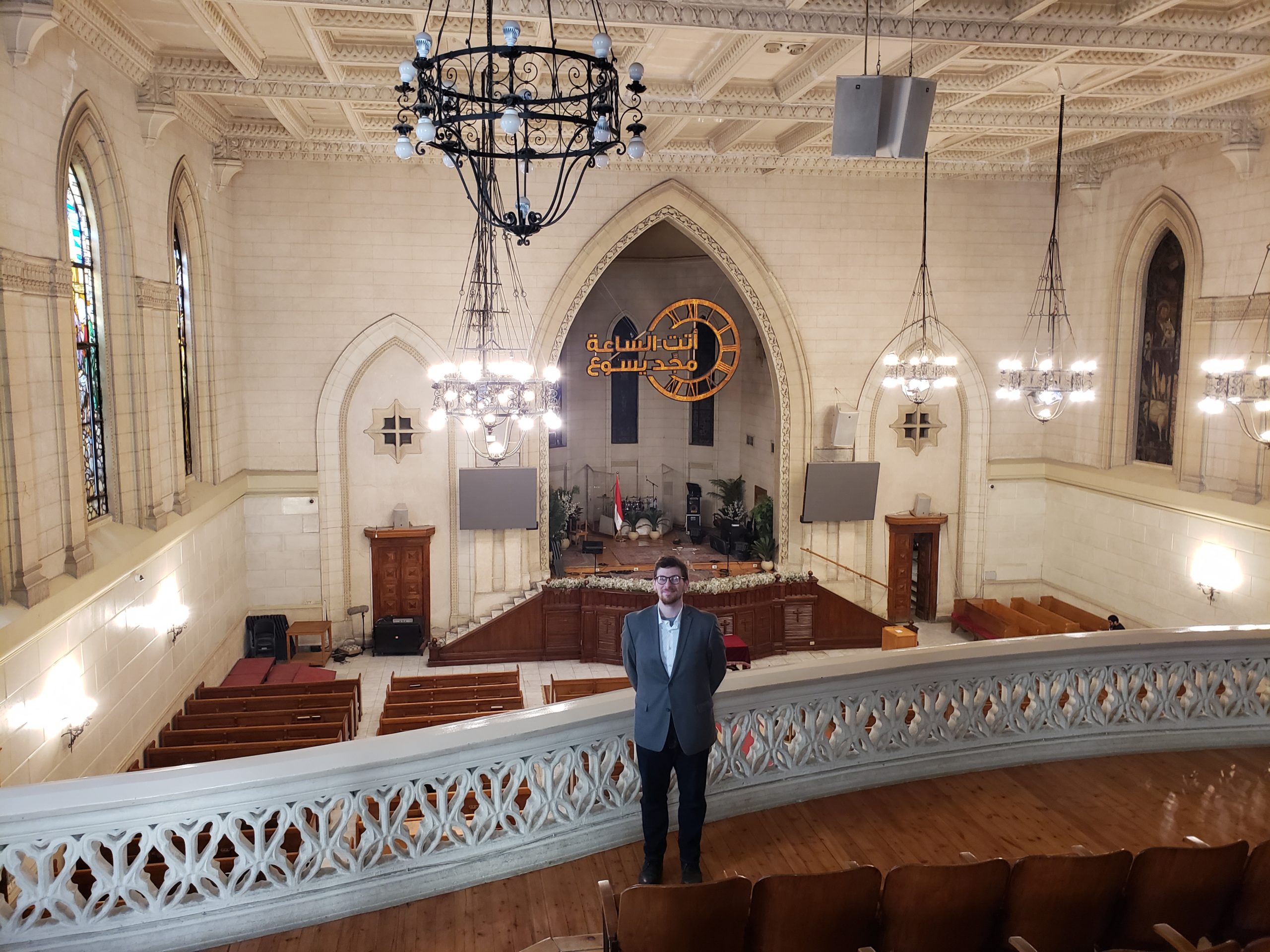 Less than ten kilometers away from the Tree of the Virgin is another spring of sustenance: the Coptic Evangelical Office of Social Services (CEOSS), one of the largest social service organizations in the Middle East. Responsible for major community development programs throughout Egypt, CEOSS acts to address the needs of Muslims and Christians alike through a wide array of provided services. Advocacy for the disabled and medical care for the marginalized act as balm, while economic support for agricultural projects and microloans for potential entrepreneurs ensure the well-being of Egyptian homes. Social efforts such as the Forum for Intercultural Dialogue act as threads to strength the social fabric of Cairo and beyond.

As of January, I now have the privilege to work with CEOSS – a partner of the Christian Church (Disciples of Christ) and United Church of Christ, through Global Ministries – as an associate in their mission toward equity and social justice. The opportunity to walk in partnership with CEOSS, assisting in its mission to provide nourishment for its Egyptian family, is a humbling prospect. Cairo no longer exists as an unknown place in Google Maps, or a biblical reference point. Although my flight into Egypt is different than that of the Holy Family, Cairo has become, nonetheless my home and hearth.

Sean Amato serves with the Coptic Evangelical Organization for Social Services (CEOSS), Egypt. His appointment is made possible by your gifts to Disciples Mission Fund, Our Church’s Wider Mission, and your special gifts.

Make a gift that supports the work of Sean Amato