Global Ministries is pleased to announce the following Awards of Affirmation that were presented during the Global Ministries International Dinner at the 2019 General Assembly in Des Moines Iowa. 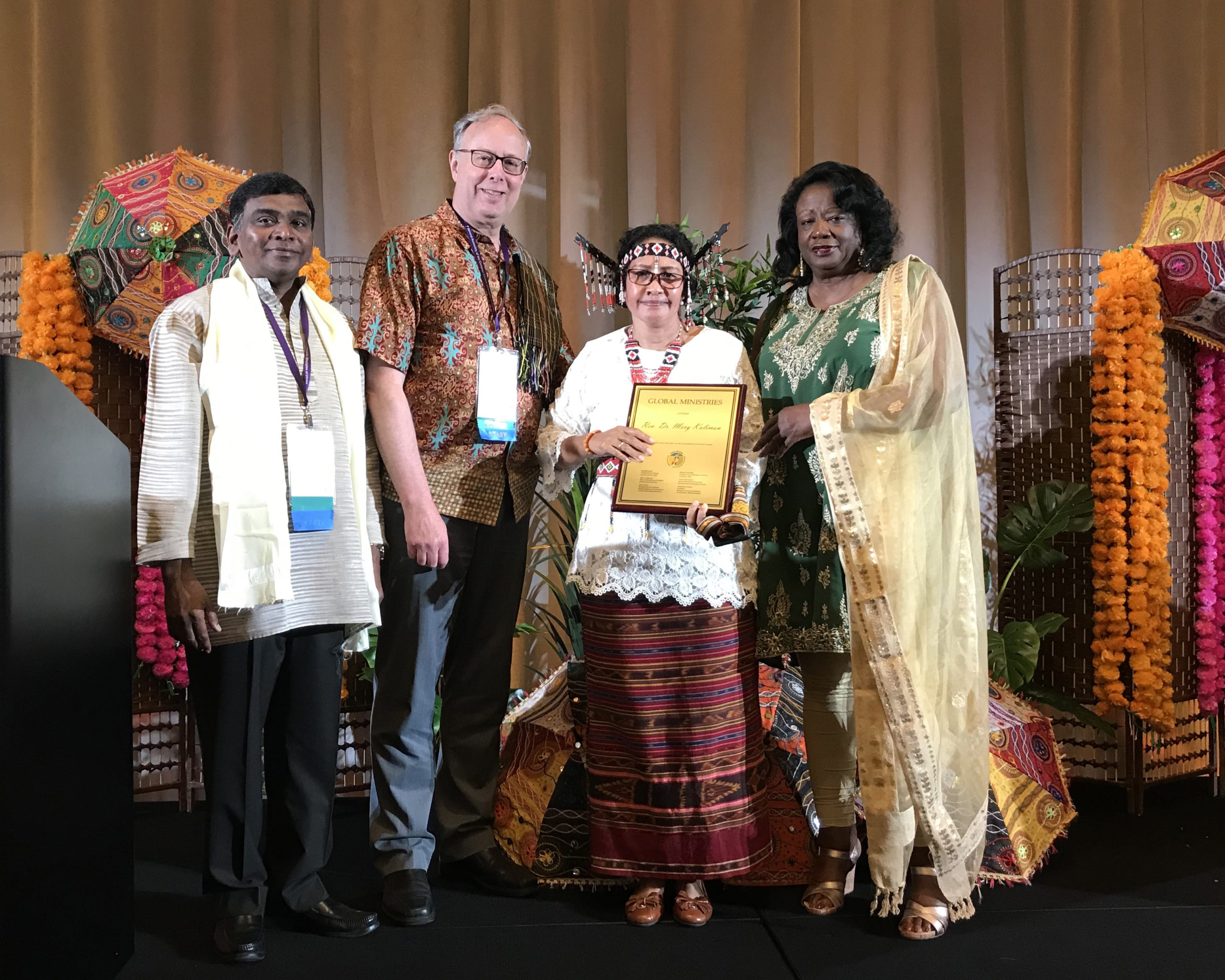 Reverend Dr. Mery Kolimon, Moderator of the Protestant Church in Timor (GMIT) in Indonesia, was recognized for her work enabling GMIT to be a sanctuary for victims of human trafficking, domestic abuse, and forced migration. Dr. Kolimon teaches Missiology, Contextual Theology, and Theology of Religions at Artha Wacana Christian University in Kupang, West Timor, Indonesia, where she has served as the Director of Postgraduate Programs of the University. Mery Kolimon is an active member and former coordinator of the Eastern Indonesia’s Women’s Network for Women’s studies, Religion, and Culture (JPIT).

Dr. Kolimon is Moderator of the Evangelical Churches in West Timor (Gereja Masehi Injili di Timor) which is one of the largest Protestant denominations in Indonesia. In 2018, she was awarded the Sylvia Michel Prize from the World Communion of Reformed Churches and the Protestant Churches of Switzerland. 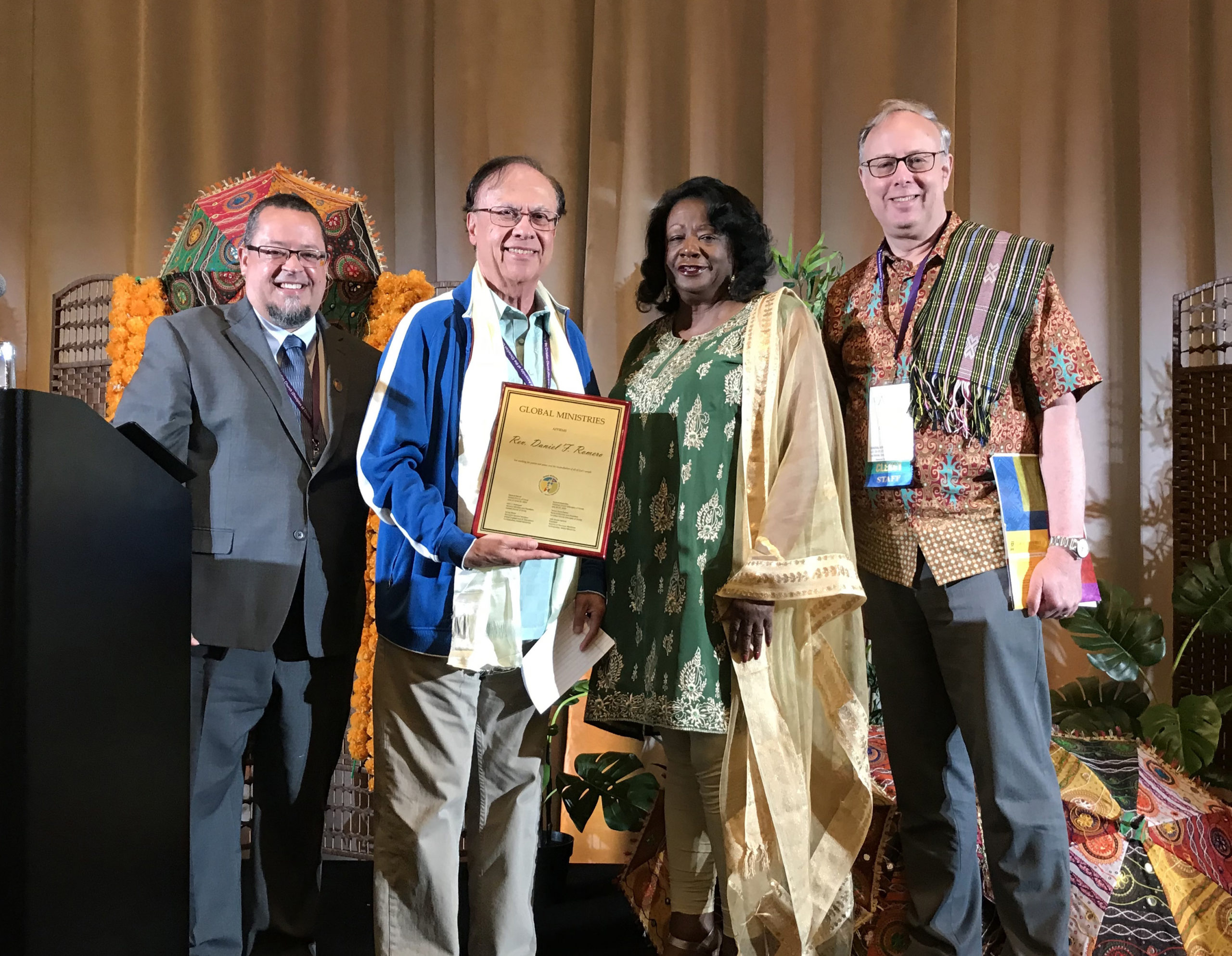 Reverend Daniel Romero of the Daniel F. Romero Center in San Diego, California and Tijuana, Mexico, was recognized for his participation in creating the general design of Global Ministries, as well as for his activism in defending the rights of migrants and asylum seekers at the U.S./Mexico border. Reverend Daniel F. Romero, M.Div., J.D. is a former General Secretary of the United Church Board for World Ministries (now Wider Church Ministries, part of Global Ministries). Recently, Dan retired after 37 years in ministry, including 27 years in the Southern California-Nevada Conference as a local church pastor, Associate Conference Minister, and Conference Minister. Dan Romero has been long regarded as a leader in pluralistic ministry, global partnerships, and border ministry. Global Ministries is honored to award Reverend Romero the Award of Affirmation on behalf of the Office for Latin America and the Caribbean. 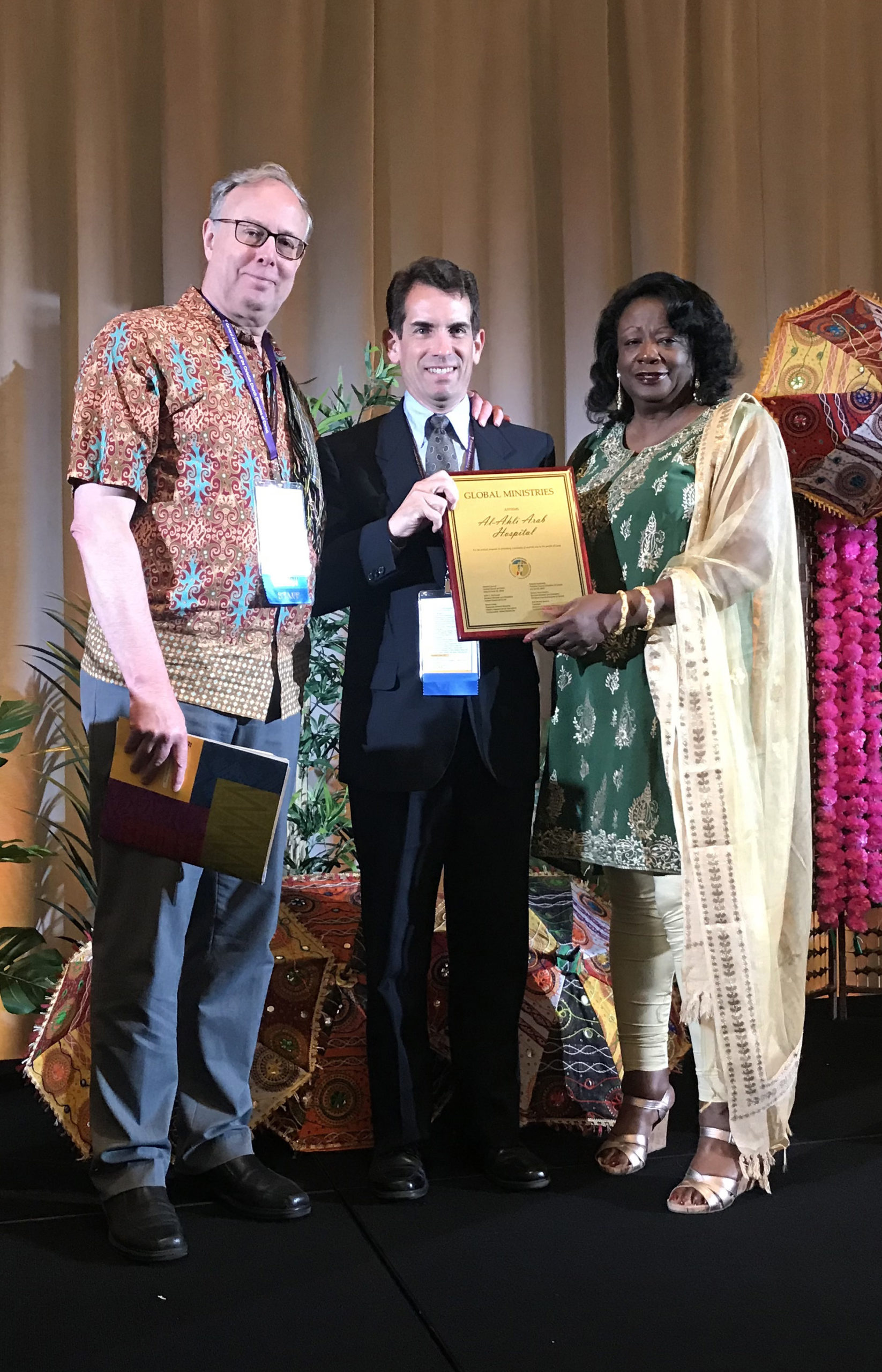 Al-Ahli Arab Hospital, a ministry of the Episcopal Diocese of Jerusalem in Gaza, was recognized for its crucial ministry of healthcare in one of the most densely populated and de-developed places in the world. Al- Ahli Hospital has continued to serve the people of Gaza with medical care (often free of charge) in the most trying of circumstances. The courageous medical and professional staff persevere, remaining committed to their calling to provide care and hope, delivered in a spirit of love and service.

Perichoresis, a ministry of the Evangelical Church of Greece, was recognized for its courageous and humane response to the influx of refugees to Greece since its establishment in 2016. The commitment and witness of Perichoresis to respond to the presence and the needs of people forced from their homes and country due to violence and conflict is inspiring and necessary, offering care and compassion—a poignant response to Christ’s call to love our neighbor. 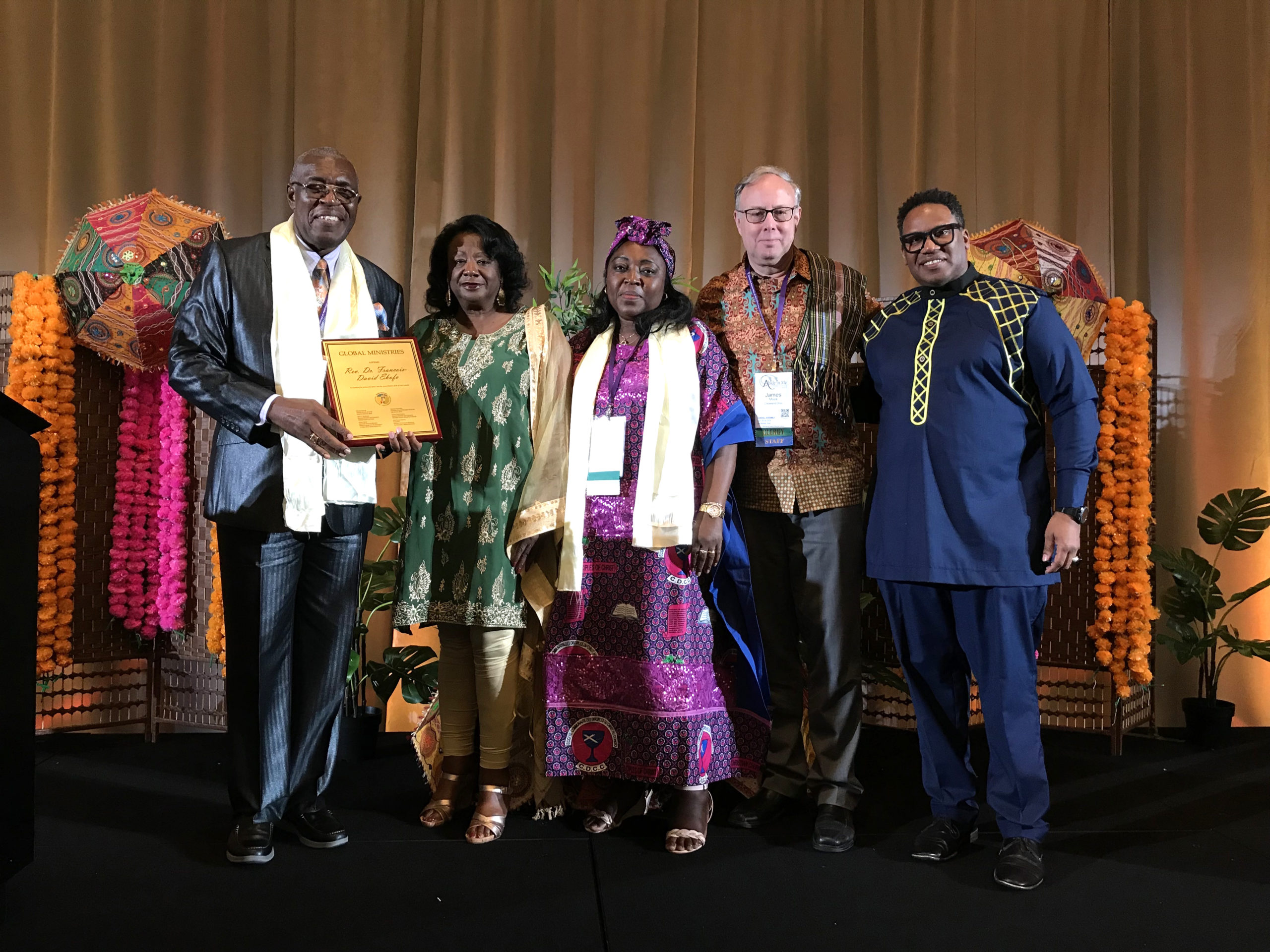 Reverend Dr. Francois-David (“Franck”) Ekofo Bonyeku of the Community of Disciples of Christ in Congo was recognized for his lifelong prophetic witness. Dr. Ekofo was born in Kinshasa, the Democratic Republic of Congo. Dr. Ekofo has over 30 years of ministry and New Testament teaching. Francois-David Ekofo has been described as courageous, prophetic, and pastoral—one who has committed his life to challenging structures that keep oppressed people on the margins, the most vulnerable in society. In a homily given during a national commemoration, Franck dreamed with the congregation about the type of nation he would like to leave his children and grandchildren– a Congo of economic justice, sovereign over its natural resources, where no person was above the law, and with a strong infrastructure. Congolese around the world lauded Dr. Ekofo’s message, but it also made him a target of the Congolese government. After the service, he and his family received threats resulting in him being evacuated by the United Nations. The Award of Affirmation is presented to Dr. Ekofo for his lifelong prophetic witness and his courageous act that offered hope to Congolese around the world at the risk of his and his family’s safety. 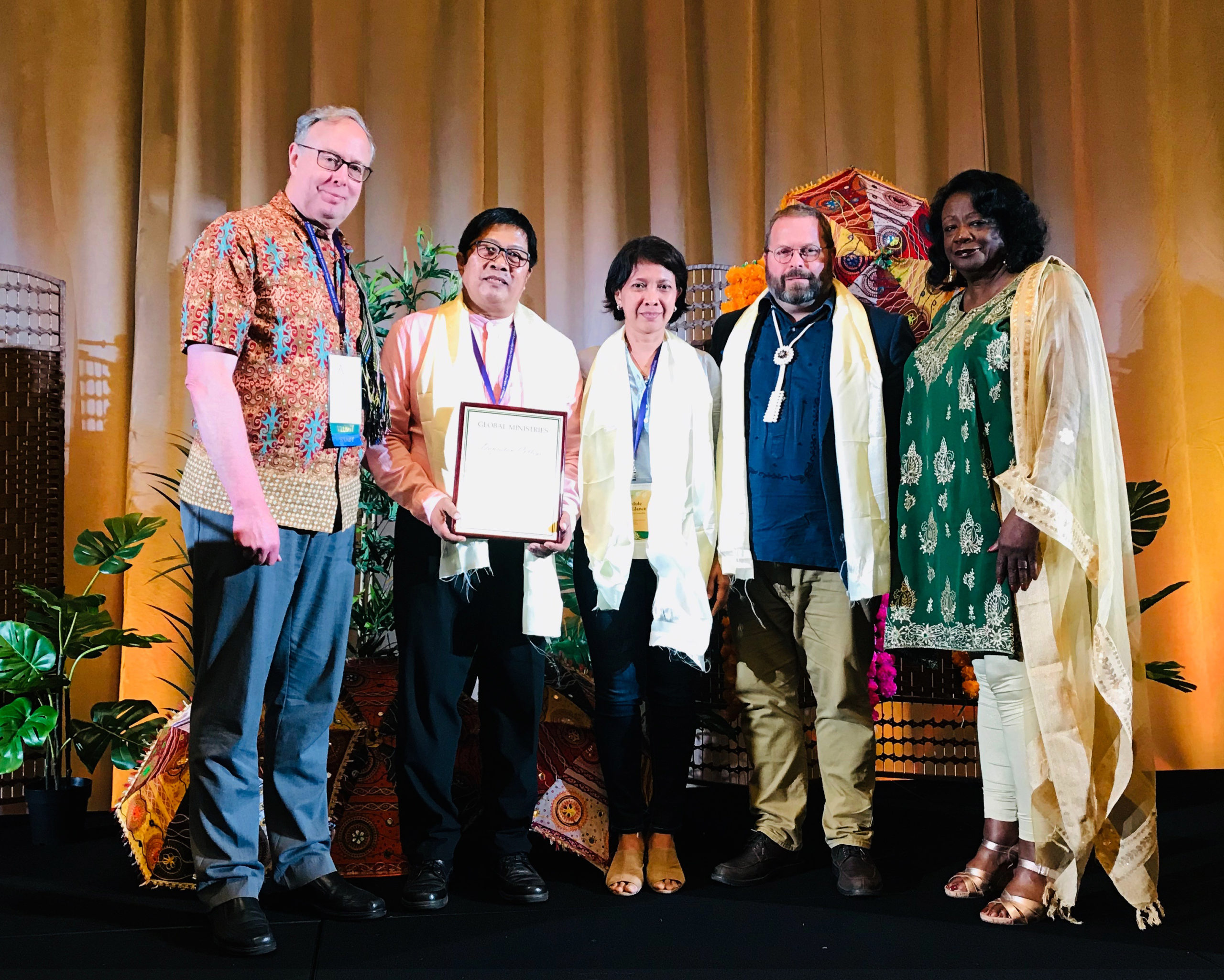 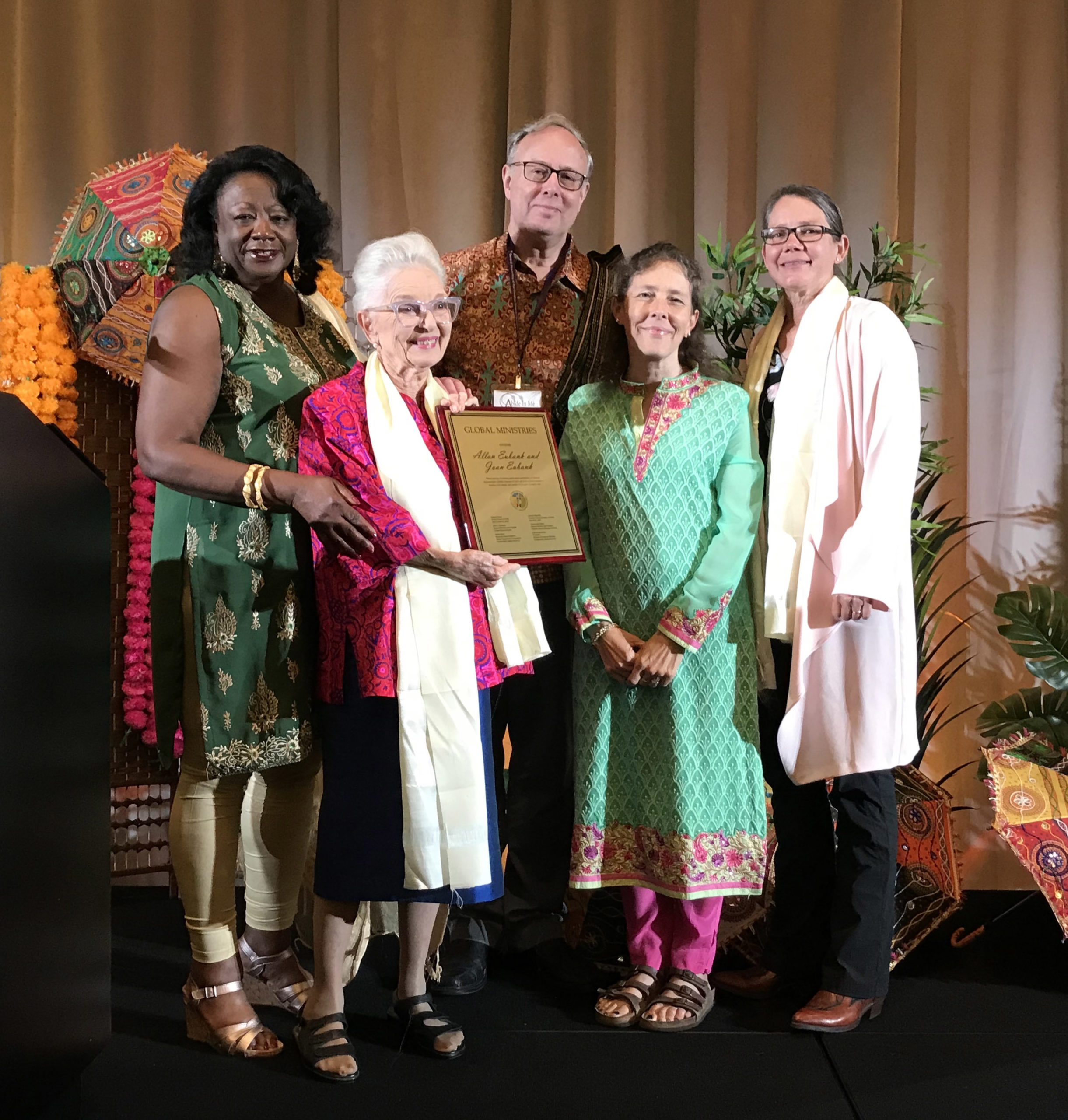 Reverends Joan and Allan Eubank were recognized for their almost 40 years of service in Thailand beginning in 1958. Reverends Allan and Joan Eubank were appointed to serve in Thailand in 1958 by the United Christian Missionary Society (UCMS), a predecessor body of DOM/Global Ministries. After their three-year mission co-worker training at Brite Divinity School, they were both ordained in 1961 at East Dallas Christian Church, Dallas, Texas. Allan had been an engineer and Joan was a trained musician and actress. They first started service in Sam Yek, a village in rural Thailand working especially with the Lao Song tribe. After ten years, they moved north to Payap College (now University) in Chiang Mai where Allan taught evangelism, and Joan taught voice and led the choir. Ten years later, in 1981, they started the Christian Communication Institute. They directed theatre and dance troupes of young Thai Christians who share the Gospel and the story of the love of God using the ligay traditional form. Allan and Joan retired on September 30, 1997, and they continue serving as volunteers in Thailand. 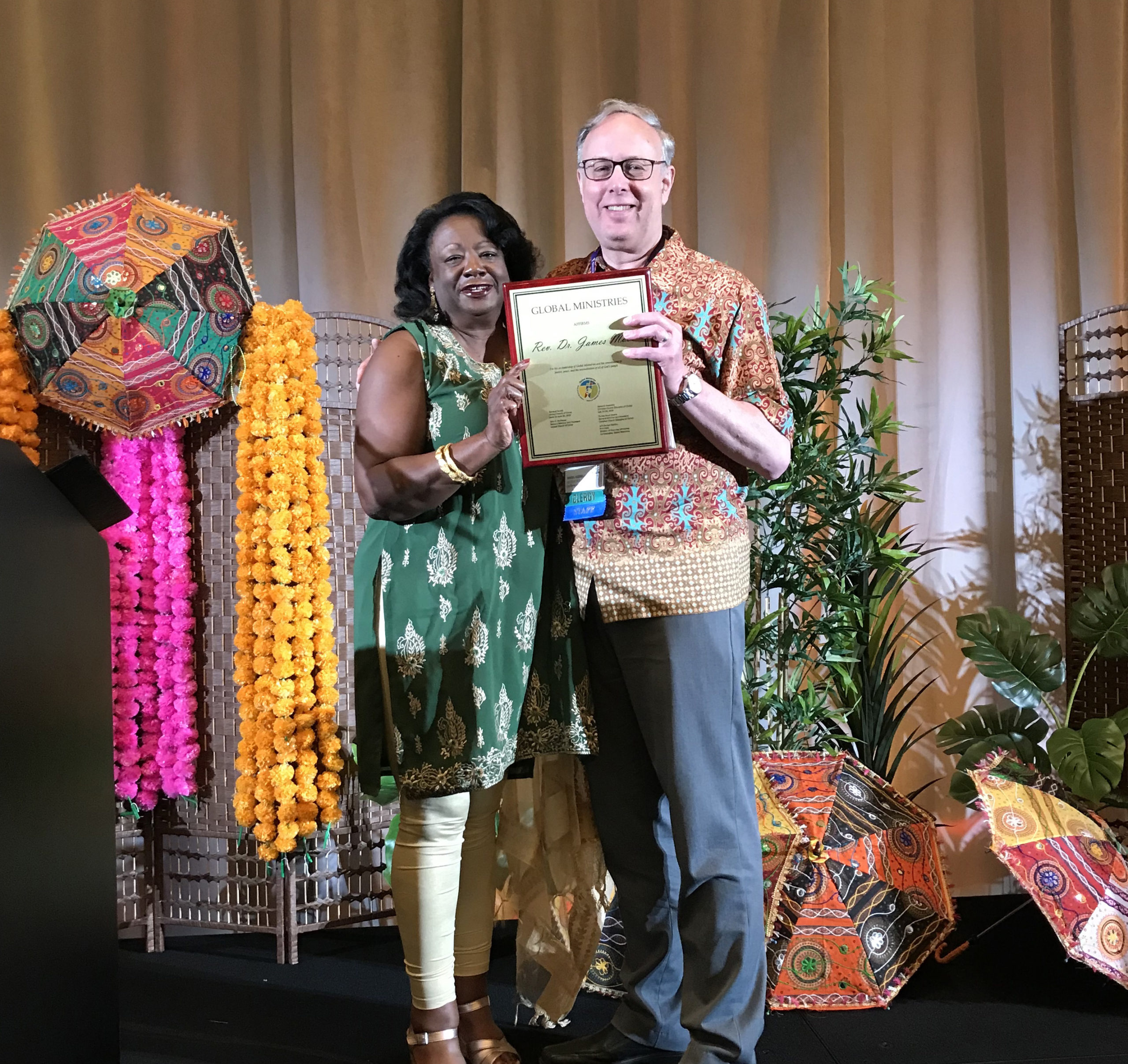 Global Ministries gives thanks for the mission and witness of these awardees and celebrates their ministries.