Global Ministries is hosting a series of Webinars as part of the Caribbean Initiative, in which partners and mission personnel will offer perspectives on the countries, the contexts in which they are carrying out their witness and work, and the ways they engage that context. These Webinars will take place quarterly for the duration of the Initiative.

From the Shore to the Dry Land – The Caribbean Experience
With presenter Rev. Angel L. Rivera-Agosto

Through this webinar, the Executive for the Latin America and Caribbean office of Global Ministries will invite the whole church to acknowledge the outcomes and missional challenges from the promotion and execution of the Caribbean Initiative (CI) throughout this past year and a half.  The presenter will cover the overall experience of education, advocacy, and support of our partner churches and organizations in Cuba, Haiti, the Dominican Republic, Jamaica, Puerto Rico, Venezuela, and Colombia.  Regarding the experience of the Initiative, the Area Executive reflected: “Our goal will be to share some “testimonios” of the work of the Caribbean Initiative through this period.  It has been exciting and challenging for us to witness the way our partners put their own bodies, their own circumstances, and their own realities into their commitment to the Gospel and sharing of the Good News.  How can we put our own bodies at stake in talking about commitment, ministry, and mission for the sake of justice, peace, hope, and the fullness of life?”

Walking on Bare Feet: the situation of working children in Haiti
With presenter Polycarpe Joseph

The restavek system is a form of modern-day child slavery that persists in Haiti, affecting one in every 15 children.

Typically born into poor rural families, restavek children are often given to relatives or strangers.

In their new homes, they become domestic slaves, performing menial tasks for no pay.  UNICEF estimates that there are 250, 000 children in Haiti living as restaveks. The phenomenon is widely believed to have started as a means for poor parents to give their children a better life. The children would receive education, food, and care in exchange for their services. However, this is not the reality for restaveks today. Now, restavek children serve as unpaid domestic servants or household slaves. This webinar aims to analyze the children´s migration within Haiti and to describe the phenomenon of the restavek system, as well as share the work of accompaniment and solidarity that the Ecumenical Foundation for Peace and Justice/House of Hope develops with these children.

The presenter for this webinar is Polycarpe Joseph. Polycarpe Joseph is the Executive Director of the Ecumenical Foundation for Peace Justice (FOPJ) in Port-au-Prince, Haiti. House of Hope is one of the projects sponsored by the FOPJ. 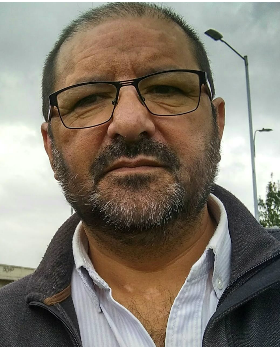 In 2016, the Government of Colombia and the Armed Revolutionary Forces of Colombia (FARC) signed the Peace Accords that would end the civil war in Colombia. While military casualties and the number of displaced persons have dropped dramatically, more than 300 activists, community leaders, and human rights defenders have been murdered, according to the national human rights office. At least 123 of those killings took place in the first six months of this year, in what the country’s human rights ombudsman described as “an extermination.” Even the Christian Centre for Justice, Peace and Nonviolent Action (JUSTAPAZ), one of our Global Ministries partners in Colombia and an active organization in favor of the fulfillment of the Peace Accords, has suffered the consequences due to its commitment for peace. Last month, the Black Eagles (“Águilas Negras”), a paramilitary group in Colombia, threatened JUSTAPAZ as well as 50 other social advocates for peace, declaring them “military targets” because of their leading role in the peace process.

What is the actual cost of being a witness for peace in Colombia? How are JUSTAPAZ and other organizations dealing with threats as they continue working for peace? How can we, as churches in the United States and Canada, participate in the defense of those who are defenders of the peace process in Colombia?

Martin Nates, Executive Director of JUSTAPAZ will be our presenter in the next Caribbean Initiative webinar, to be held on September 21, 2018, International Day of Peace, at 11:00 AM (Eastern Time).

Venezuela is currently experiencing a society that is divided and in turmoil. The ministry of the Evangelical Pentecostal Union of Venezuela (UEPV) aims to be faithful to the Gospel and its challenges even in times of political and socio-economic conflicts. From the ministry of their congregations, UEPV seeks to build an alternative way of living into their faith in a contextual, inspired, and holistic manner. They are currently pursuing an ethical-theological lens to address a global analysis of their reality. This involves a search for new information and alternative spaces at local, regional, and global levels that allows them to pursue reflective and constructive actions in order to confront destructive economic policies and seek truth and justice.

The Reverend Elida Quevedo is a Venezuelan Pentecostal leader, social scientist, and theologian. A graduate of the Biblical Latin American University, she is currently the Director of the Venezuelan Center of Theological Studies (CEVET) and is one of the Bishops of the Evangelical Pentecostal Union of Venezuela.

Transcript of webinar in English and Spanish

Lorenzo Mota King is the SSID´s Executive Director. SSID works to continue to support the development of Dominican and Haitian Communities, especially in rural areas.

Join Juan Rosario, Executive Director of the Alliance for the Sustainable Management of Resources (Alianza para el Manejo Sostenible de los Recursos) (Amaneser 2025), for a webinar Thursday, February 15th. Amaneser 2025 is an ecumenical network of grassroots organizations whose purpose is to promote sustainability in Puerto Rico so that the island can design its development as “prosperous, fair, democratic, sustainable and happy.” To this end, Amaneser 2025 promotes education and training processes, support communities and encourage projects of any kind that uphold said objectives and purposes.

Join partners from Colombia as they share testimonies from the ongoing peace process in Colombia.

Jenny Neme is the director of the Christian Centre for Justice, Peace and Nonviolent Action (JUSTAPAZ) and a member of the Mennonite Church in Colombia. Since its establishment in 1990, Justapaz has worked to promote non-violence, peace-building and the positive transformation of conflict. It has developed a broad range of initiatives in training, organization and action for conflict transformation at local, regional, national, and international levels.

Pablo Moreno is Director of the Commission for Restoration, Life and Peace of the Evangelical Council of Colombia (CEDECOL). the CEDECOL Peace Commission, which has helped facilitate conversations between rebel groups and the Colombian government during peace negotiations. The Peace Commission has been vital in passing along information about the peacemaking process to local communities and churches affected by the negotiations, as well as promoting peace in discussions with congregations and pastoral associations.

Peace in the Eye of the Storm
Rev. Miguel A. Morales Castro

Rev. Morales Castro, General Pastor of the Christian Church (Disciples of Christ) in Puerto Rico, will be sharing updates on the impact of Hurricane Maria on the island, and the ongoing recovery efforts.

Rev. Rivera Agosto introduces the resources, themes, and opportunities of the Caribbean Initiative through the testimonies of partners.