Churches for Middle East Peace shares a documentary from Mary Davis, a Palestinian-Christian. Her documentary, Christians of Palestine, Life Behind the Wall, that focuses on how the Israeli Occupation affects the Palestinian population of today.

Mary Davis is of Christian Palestinian heritage, born and raised in the United States. As a young child, she was disconnected from her culture, but during university decided to create a documentary on Christians in Palestine. Churches for Middle East Peace (CMEP) is pleased to share her story and documentary: 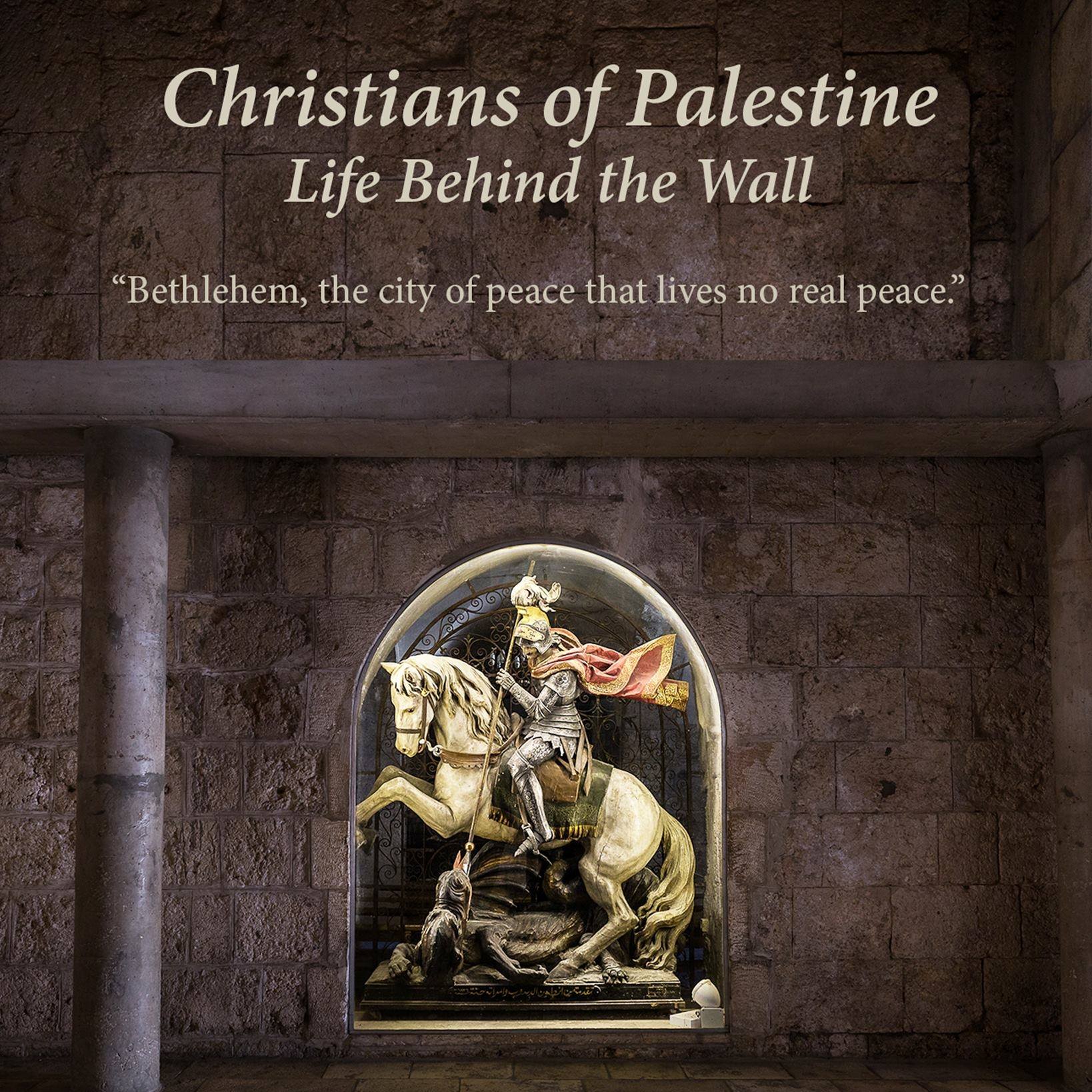 I grew up with a father who was ashamed of his Palestinian heritage. My mother, who is also half-Palestinian, left when I was five years old. I had no physical contact awith her or her side of the family for over 17 years. I had a very interesting or, as I would describe, abusive childhood story, which resulted in me leaving home at 18 years old. I ended up finishing my high school education in the inner-city, around a dominant African American population. In my younger years, I found myself always searching for acceptance and my identity.

In my early twenties, I discovered my great-grandfather on my mother’s side, Ayyub Musallam was a former Mayor of Bethlehem. This triggered my interest in the Palestinian/Israeli Conflict. After serving as a Sergeant in the U.S. Army, I went on to college where I completed my Major in Journalism and Media Production.

While attending Cameron University in Oklahoma, I decided to film a documentary on the Christians in Palestine. Part of the idea behind the film was to meet my family and to understand my heritage. I also watched many films on the conflict that portrayed the same narrative: the violence of the occupation. I noticed from my own experience and listening to others that sometimes when there is violence, people often miss the message. My idea was to make a documentary interviewing Christian Palestinians on the conflict, without the violence, to humanize the Palestinian people and connect our message with an American audience.

I took my first trips to Bethlehem during Ramadan and Christmas 2016. My aunt set up the interviews with prominent Christian figures to include, the Mayor of Bethlehem at the time, Vera Baboun. This is my first documentary and I believe it will make a difference in the way Americans perceive Palestinians and the overall conflict.

Christians of Palestine, Life Behind the Wall is a documentary that focuses on how the Israeli Occupation affects the Palestinian population of today. The story is told by Christian-Palestinians. Their interviews shed light on a different perspective of the conflict that we don’t hear about in the United States. Around 70% of Americans identify as Christian and an overwhelming amount support Israel, turning a blind eye to the occupation due to biblical manipulation and our media. Come and witness the Christmas celebration and hopeful spirit of those living in the walled city of Bethlehem. This film conveys a message of peace, along with a deeper understanding of the issues those living under occupation face.

Dear Lord, Thank you for the work that Mary Davis and her team are doing to elevate Christian voices in the Middle East. We pray for their film to reach a wide audience and to open the eyes of people around the world to the challenges of living under occupation. We ask that you continue to cultivate a spirit of hopefulness among Christian-Palestinians and that the message of peace spreads to all who engage with this film. Amen.

CMEP is very thankful for the writers who contribute to our Prayers for Peace blog. However, CMEP does not necessarily agree with all the positions of our writers, and they do not speak on CMEP’s behalf.