The Maman Sandra Gourdet Women’s Vocational Center (the Women’s Center) opened in 2015 with the goal of providing a place where women can receive training in productive skills. Global Ministries supported the construction of the Women’s center to advance its core values. The Women’s Center recently celebrated its fifth graduation, and has now graduated more than 100 women from throughout the Equator Province.

The 5th graduating class included a young woman named Pauline. She approached me one day after church asking for a job. This was refreshing to hear because I often receive requests for donations. I asked if she finished school and what work had she done in the past. Like many young women in Mbandaka she was a young mother and didn’t have any marketable skills. She derived income from selling a large tray of fruit everyday that she carried on her head. She seemed serious about exploring new opportunities, so I told her to meet me the next day at CDCC headquarters if she was serious. 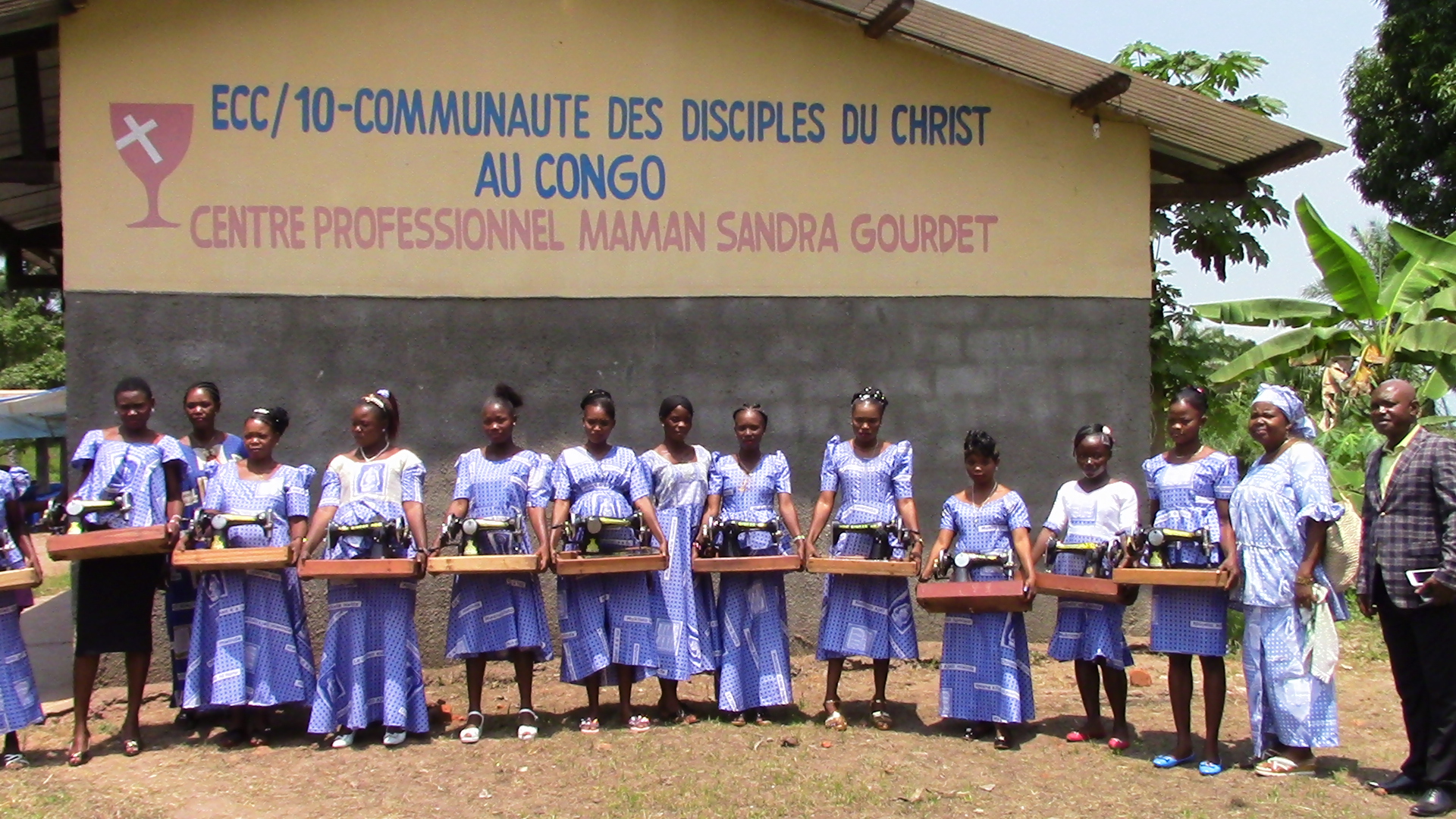 When Pauline came to the CDCC Development Office she was introduced to the Women Family and Children Department operated by Maman Christiane Ikete. Maman Michelline was there to explain to her the training program for learning how to sew. If she could learn sewing, Pauline could earn more money without the physical toll of carrying that large tray of fruit around in the equatorial heat. She committed herself to completing the sewing program in exchange for assistance with the cost for the training and the sewing machine. Attending the training three days a week was going to be difficult without help for transportation from Mbandaka to the Women’s Center in Bolenge (12 miles). So she received a small grant to increase her capacity to sell more fruit to afford a taxi motorcycle three time a week to Bolenge.

The first few weeks went according to plan. Once in a while after class she would stop by the office to show off what she made…an infant suit, a skirt, shorts, etc. After one month in the training program one of her children became very sick and she spent all the money she earned that week on medicine. This was a dilemma faced by many poor people around the world, the difficult balancing act of priorities with very limited, or non-existent, resources. Purchasing enough food to eat or fruit to sell took a back seat to her child’s health. Her enthusiasm for the program and genuine commitment was met with understanding and compassion, and she was provided with additional resources to get back on track. 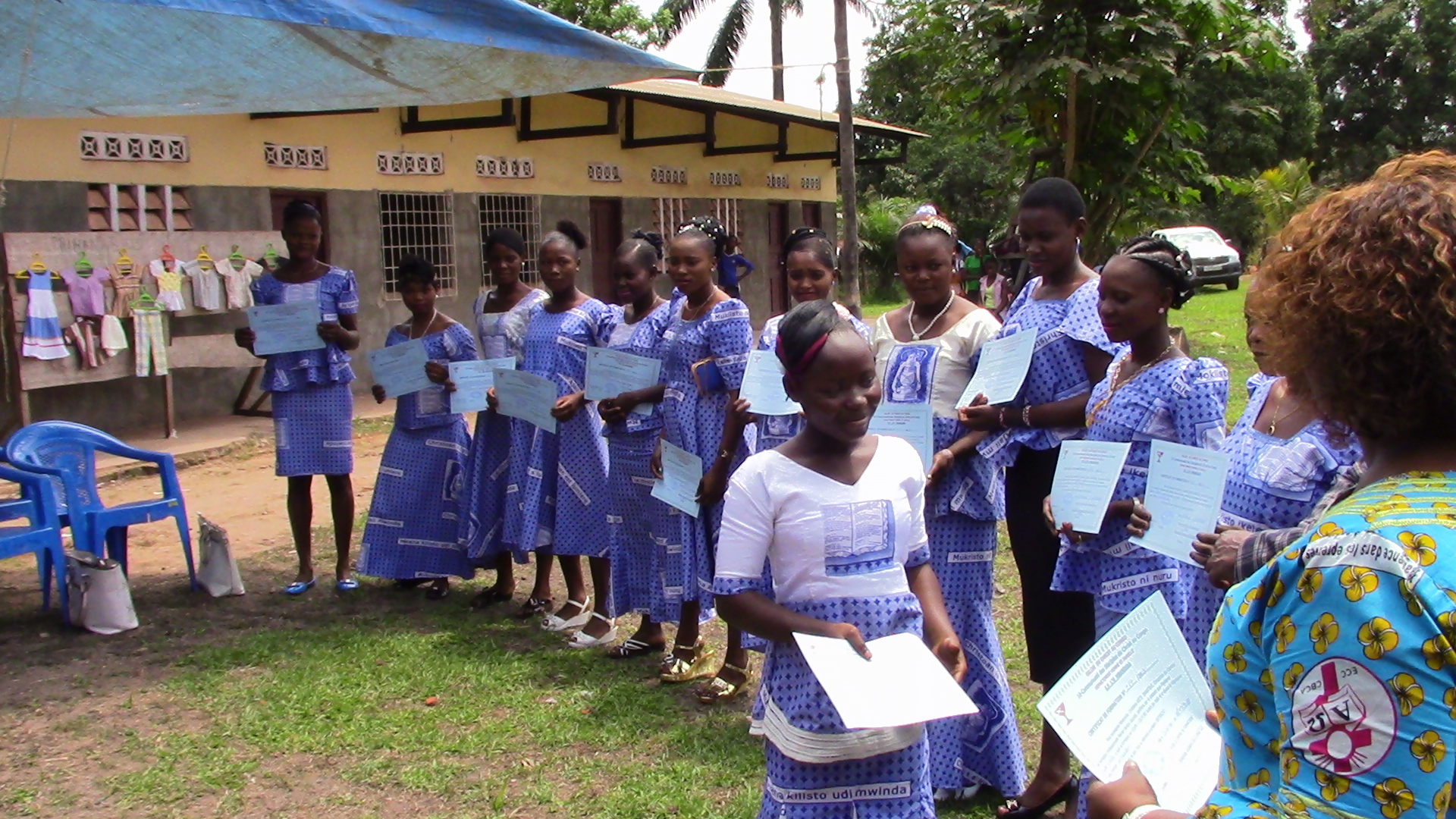 This was part of the realities of direct personal sponsorship. We know what truly works in development, and it is direct investment in human capital, i.e. education and skills training. However, it is often cost prohibitive. For example, on more than one occasion Pauline would come by the office saying she hadn’t earned enough money for transportation, and needed assistance to get to Bolenge. Each time I would remind her of our agreement and the importance of sticking to the strategy to keep from asking for more money. But those meetings often ended with me slipping her a couple of thousand francs ($1.40) for transport.

Finally, after five months of training she was ready to graduate. A few days before graduation, she came to the office with another request for financial assistance to pay for a new dress, shoes and hairdo. This was not a trivial matter. Graduations in Mbandaka are truly celebrated occasions when your accomplishment are publicly recognized. Therefore, looking smart or cute is the cultural norm. Yet again, I explained this was not part of our deal and that she had to continue to set priorities. 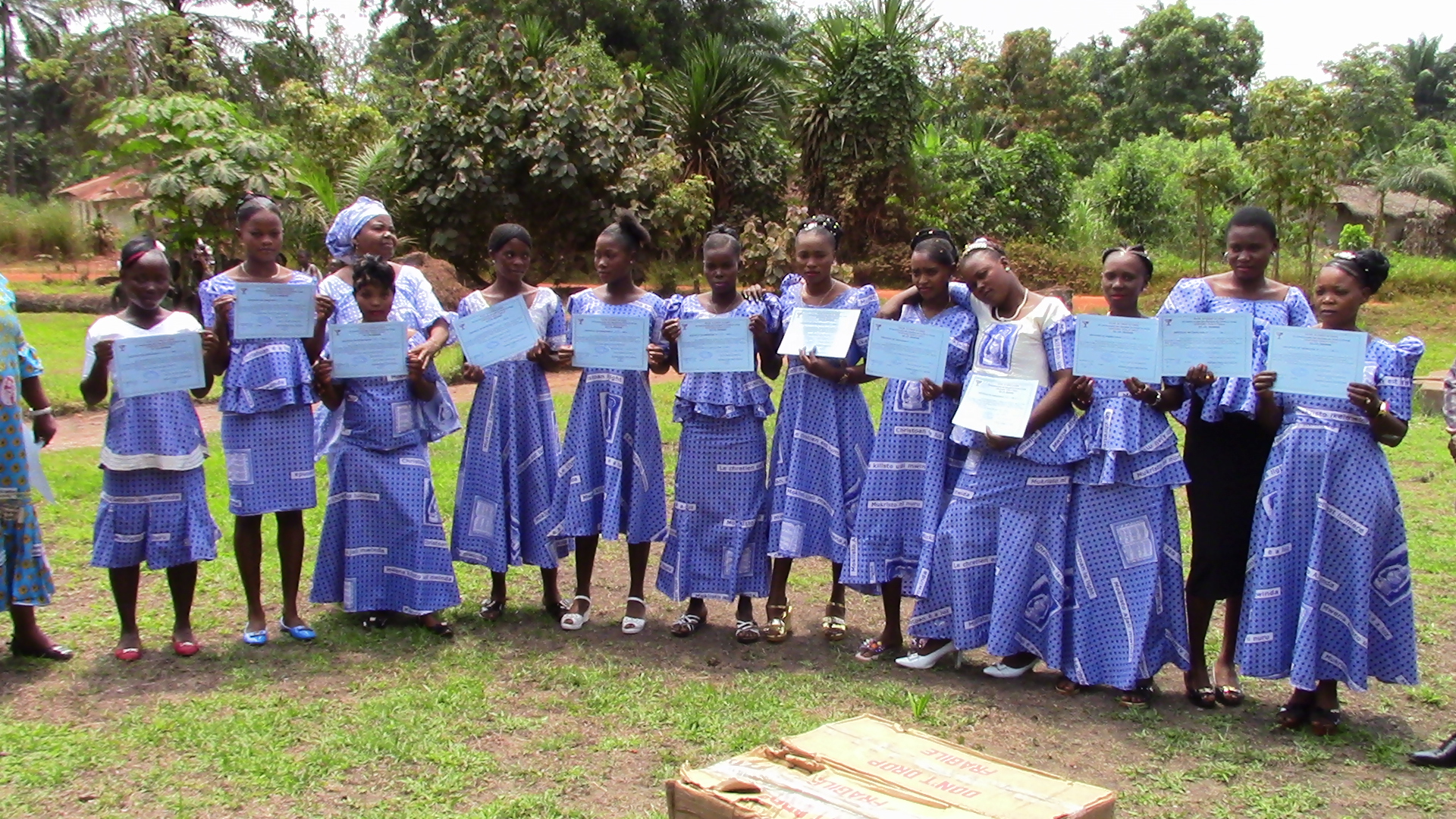 When the day of graduation arrived, all the graduates were there except Pauline. I began to be concerned when she didn’t show up after the first 20 minutes. Then after one hour I became worried. I knew how much she was looking forward to this day and didn’t want to miss it. Was someone else sick? Was there an accident? Was she too embarrassed because she didn’t have the right clothes, shoes or hair? These were the questions that went through my mind. I was relieved when I saw her disembarking from a taxi motorcycle with her mom. She calmly walked up and sat with other graduates in her freshly pressed dress, flawless hairdo and new shoes. And then I knew…it was the hair that made her late.Pauline now has the sewing skills and a new machine. She plans to enter the lucrative Mbandaka school uniform market. Join CDCC in praising God for the Sandra Gourdet Women’s Vocational Center where women like Pauline can come to begin improving their lives.