Seemingly by chance, the recurrent theme in my recent travels has been borders.

For those of us working with refugees and migrants, borders are, in fact, the abstract concept that underpins all that we do. Apart from IDPs (internally displaced persons, whose migration is from one part of their own country to another part of the same country), all seeking refuge will encounter the challenge of crossing at least one national border. It is well understood that borders are used to control and exclude. Indeed, for some governments, migration policy begins and ends with border management. Increasingly, governments are resorting to “border externalisation,” establishing mechanisms for effecting border control hundreds of miles from the border itself in countries of transit, or even origin.

A coincidence of three trips in quick succession took me in the space of three months to Israel/Palestine, Berlin, and the US/Mexico border. Despite more than a passing familiarity with photos and footage of walls within these places, the reality was much more shocking than I had expected. 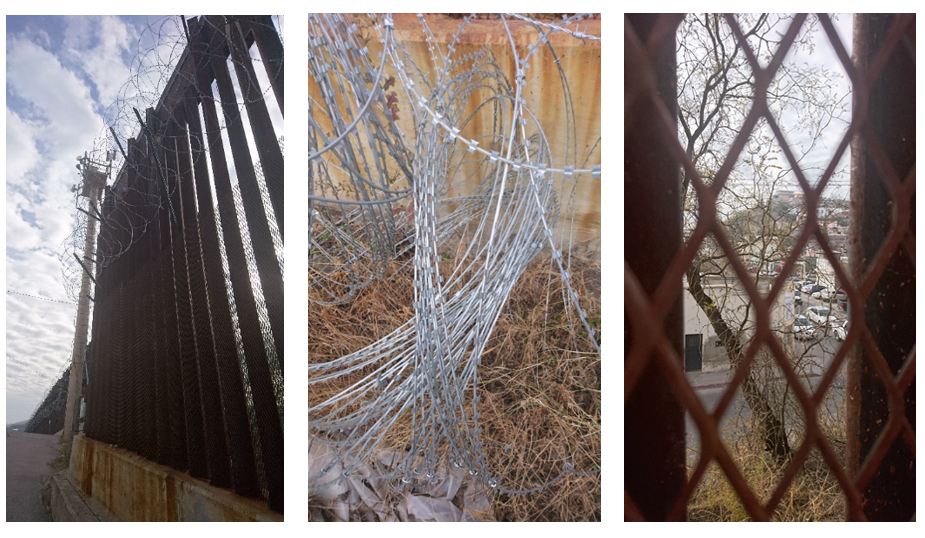 The walls I saw seemed ruthless, splitting towns and communities in two. In Nogales, Arizona, for example, houses on both sides overlook the spiked metal fencing snaking between watchtowers, fencing crowned by clumps of concertina barbed wire, significantly more likely to slice through skin than the traditional kind.

An obvious military presence accompanies the separation barrier in Israel/Palestine. Many of the young soldiers undertaking military service for the Israeli Defence Forces are assigned checkpoint postings. Weaponry is very much on display. The guns, watchtowers, “skunk water” canons, and concrete all contribute to a sense of tension and desolation.

It therefore seemed deeply ironic to me to be standing at that separation barrier on the day that the world celebrated the fall of the Berlin Wall thirty years earlier. Just a few weeks later, when speaking at a conference in Berlin, I visited the Memorial to the Wall in Bernauer Strasse. When construction of the Berlin Wall was begun in 1961, it tore that street – and several houses on it – in two. As thoughtfully constructed displays now show, doors within the same house then opened onto different countries. Researchers have never been able to establish how many died attempting to breach the wall. What can be evidenced, however, is the joy expressed on its destruction in 1989.

At the memorial, you can stroll where the wall once stood, a simple line in the grass marking its path and a chapel offering a place for prayer and meditation. Portions of the wall, the infamous “death strip,” anti-vehicle trenches, and concrete barriers have been left in place to give visitors a sense of what it must have been like when the wall functioned as a border. Whilst that is laudable, the reality is that such barriers are not a distant memory. According to an article in USA Today, 7 border walls existed at the end of WWII. Two years ago, ten times that number been erected.  They can today be found in over 20 countries. 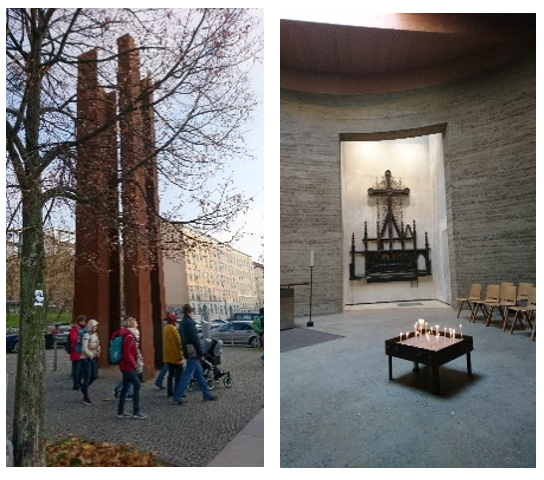 Borders are not, of course, always physical. Whilst borders may be evidenced by metal fences, concrete barriers, oceans or mountains, they can just as easily be erected by attitudes and policies. Part of the work which we can all undertake as Christians is to dismantle the attitudes which lead to people being excluded, whether from communities, societies, or entire nations. My sense is that only by doing this can we expect there to be policy change. This is an instance where grassroots movements and behaviour truly matter. Few politicians will have the courage to champion policies of inclusion in a climate characterised by “othering.”

It’s therefore good to report that another 86 refugees have arrived in Italy from camps in Lebanon during last week. Our ecumenical Humanitarian Corridors programme continues to be a beacon of hope, not only for those who are direct beneficiaries, but also for society. Providing, in the first instance, safe passage and legal entry for the most vulnerable, the ultimate focus is on inclusion and enabling participants to make their way in Italian society. It is a partnership between government and civil society, a reminder that, as much as we are all part of the problem, we can also be part of the solution.

Thank you for your ongoing prayers and encouragement. Right now, I would really welcome prayers for those people embarking on new lives in Italy thanks to the Humanitarian Corridors programme and, more widely, all those facing borders, physical or otherwise, that stop them from accessing better lives.

Fiona Kendall serves with Mediterranean Hope, Italy. Her appointment is made possible by gifts to Disciples Mission Fund, Our Church’s Wider Mission, and your special gifts.

Make a gift that supports the work of Fiona Kendall