If you open your browser and type in “Seko, North Luwu, South Sulawesi,” the satellite image will show you a yellowish patch surrounded by dense forest. That patch is the dry bed of an ancient lake where the Seko people have been cultivating rice and raising buffalo for centuries. 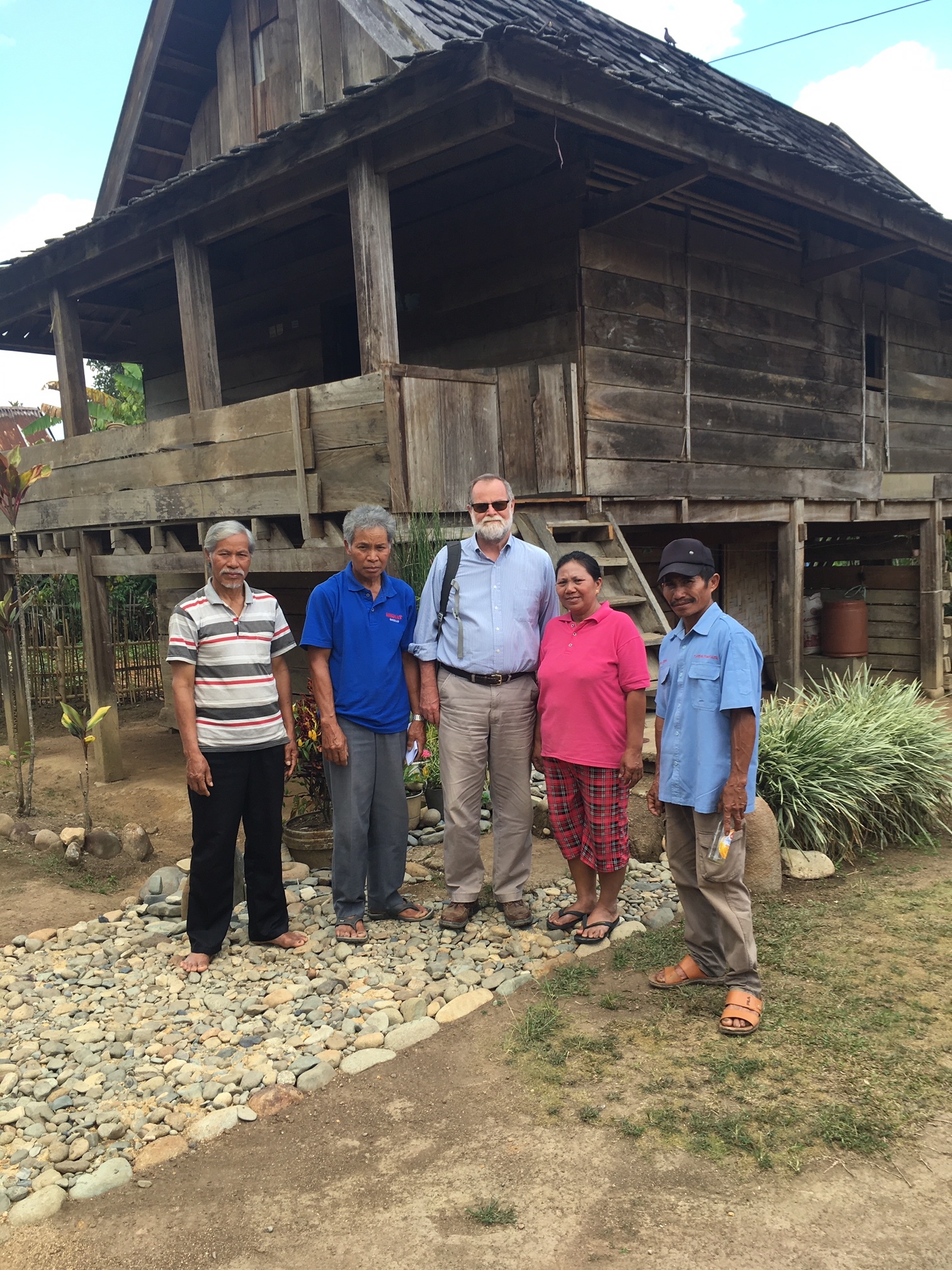 You may also notice that while there are a few dirt roads in the area, no roads lead to Seko. Until recently, access to Seko was by a three-day hike or a day-long ride on a trail bike. In the past few years, four-wheel-drive pickups have also been able to make the trip in the dry season, and there is now a landing strip for small planes.

It was on one of those planes that I arrived in Seko two weeks ago, along with my friend, Zakaria Ngelow, and his wife, Ike. Zakaria is the director of Oase Institute, a CGMB partner that provides support and training for small churches in Sulawesi, Kalimantan, and Halmahera.  Zakaria was born in Seko but left as a small child when the area was attacked and occupied by an ISIS-like group called the Islamic Army of Indonesia (DI/TII). DI/TII wanted to form an Islamic state rather than join the new pluralist Republic of Indonesia. They killed nearly 100 people, mostly Christians, and those who did not flee as refugees were forced to convert to Islam. The occupation lasted just over ten years until a group of Seko men, who had since joined the Indonesian military and police, took a “vacation” from their duties and drove out the DI/TII forces. Since then, many of the refugees returned, but a “Seko diaspora” also stayed in the coastal areas where they had access to education and jobs. Zakaria is part of that diaspora.

We were going to Seko at the invitation of two Protestant denominations that serve the Seko area, The Church of Toraja and The Protestant Church of Luwu, in order to do two seminars, one with church youth groups, the other with church elders on the theme—”Globalization and the Ministry of the Church”. That may seem like a strange theme for such an isolated place, but our hosts had good reasons for their choice. A road, currently under construction, is expected to open Seko to traffic from the outside world by early next year. The Governor of South Sulawesi has also announced plans to turn the area into a giant cattle ranch. (This made us wonder whether the road was meant for people or the export of cattle.) Phone service and satellite TV have already flooded the area with images of a world the people of Seko struggle to interpret. They are well aware of how poorly prepared they are to understand a more modern world and the global economy—much less take part in it. 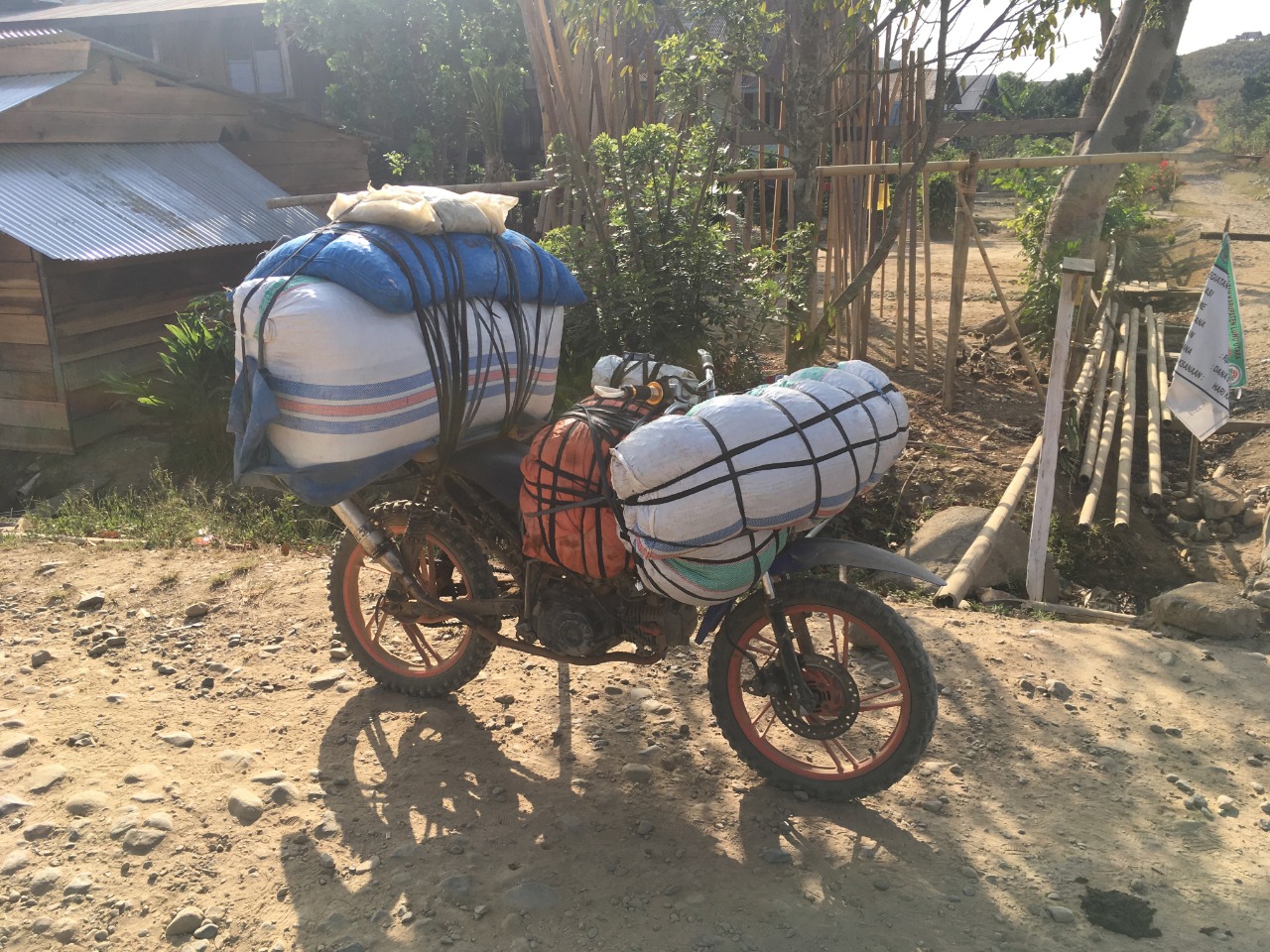 Our task in Seko reminded me of the role the church played in other areas of Indonesia during much of the 20th century, as a guide and interpreter of modernity. Becoming a Christian opened up a larger world and a history stretching back thousands of years to ancient Israel and the Roman Empire. Long before globalization was a catchword for transnational capitalism, it was a part of the mission of the church to bring the Good News of Christ to “the ends of the earth”. And in many places, the church also brought Western modernity with it. People learned to read so they could read the Bible (which our Timorese grandmother claimed was the only book she knew how to read). Many Timorese first learned how to mix cement in order to build the foundation and walls of their church building. They learned to read music so they could sing in worship, likewise, they learned guitar (and later electronic keyboards) to accompany the singing. They developed organizational skills to administer church schools and as part of church councils, and they learned bookkeeping to keep track of the church’s money. In fact, many rural members shifted from barter to a cash economy so they would have money to put in the Sunday collection and to pay their pastors. For many, the church has been not only a guide and interpreter but also an agent of modernity.

It was consistent with this tradition, then, that in Seko we found ourselves explaining the internet, social media, digital hoaxes, the dangers of commercial fertilizer and pesticides, the trap of easy credit and eternal monthly installments, the temptation to sell land for quick cash, and the power of outside investors to divide and conquer the people in their grab for access to natural resources. We took as our text I John 4:1: “Beloved, do not believe every spirit, but test the spirits to see whether they are from God; for many false prophets have gone out into the world.” The “spirit” of capitalism can sometimes be a fine servant, but it is a terrible master.

One of the most interesting discussions centered around their concern that rapid change may cause them to lose their identity. When asked to identify distinctive aspects of Seko culture, at first, we got negative answers. They have no tradition of weaving, and the tapa cloth their ancestors made from pounding tree bark is a lost art. There are no carvings, distinctive crafts, or architecture—really nothing to put on a show for tourists except a few traditional dances and some songs. But if nothing visibly marks them as people of Seko, they easily identified three cultural values at the core of being a person of Seko: freedom, honesty, and friendship. For them, freedom means being no one’s servant and no one’s master; it means a willingness to live as a refugee rather than submit to a conquering power such as DI/TII. Honesty means not just refraining from theft and fraud, but speaking one’s mind plainly rather than telling pleasant lies. And friendship defines their social relations: the name “Seko” means “friend”. These three values are commendable for any society, but they should serve the people of Seko especially well as standards by which to “test the spirits” that will be coming their way on the new asphalt highway.

The meaning of friendship became clearer on our last night there, when people from the community gathered with Zakaria to discuss building a monument to the 95 people who were killed by the DI/TII movement. A government official warned against “opening old wounds,” and expressed concern that it would cast local Muslims—descendants of those forced to convert—in a bad light. That was when the Muslims in attendance spoke up. “No,” they said. “We want to be part of this memorial. It gives us a chance to say to everyone that what happened was a tragedy for all the people of Seko, not just the Christians.” The Christians felt the same way. Even as they remembered the most painful part of their past, they would continue to be people of Seko; they would be friends. Isn’t this part of Maluku?