by Global Ministries (Disciples of Christ and United Church of Christ) | published on Sep 27, 2018 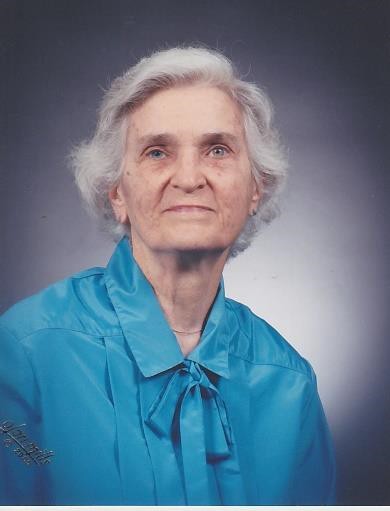 Dorothy Whitcomb passed away peacefully on September 15, 2018 with her daughter Patricia and son John by her side, after a week of vigil where her family had gathered around.

She was born Mary Dorothy Vaugh on June 8, 1926 in the Himalayas, in a small town called Landour, India to Clara and Mason Vaugh. Mason was an agriculture engineering professor for the Presbyterian Church in Allahabad, in the state of the Upper Provinces, known today as Uttar Pradesh. Dorothy was their second daughter, her sister Betty Ellen being three years older. Always known as Dorothy, she and her sister Ellen attended Woodstock School, located just below their small mountain cabin, for their 12 years of schooling.

Dorothy returned to the United States in 1943, having to take a long journey with a six-week stay in South Africa while the liner she was traveling on waited for a naval escort to cross the Atlantic. In the United States she enrolled at Wooster College, where her sister also attended. In the fall of that year she wrote a class letter to her Woodstock classmates, one of whom was Bill Whitcomb. She said she had always had a special affection for Bill ever since they had joined in a watermelon seed spitting contest in 6th grade.

Their correspondence continued for the next 3 years, during which time Bill was stationed in India at an Army airbase because he spoke Hindi and could hire and manage the Indian staff. Their letters were carefully preserved, Dorothy having become an archivist, knew how best to save them. The chronicle of their courtship is contained in more than 500 letters that they exchanged, planning their lives together, right up to the week before their marriage on March 22, 1946. Dorothy graduated early from Wooster, in 1947 with a degree in Biology and Chemistry.

Bill and Dorothy lived in the GI barracks at the University of Minnesota where Bill studied agriculture. After his graduation in 1950 they began their work in India as missionaries for the Evangelical and Reformed Church (which became part of the United Church of Christ). Besides being the mother of four children Dorothy worked alongside Bill first as a lab technician at the Evangelical Mission Hospital, and also running a food and milk distribution program for mothers and infants. She was an active participant in the women’s group at the St. Thoma Church and the church in Bisrampur. Each summer she would travel from central India to the school in the mountains to participate in her children’s activities, leading the Scout troop, organizing the PTA sale, and volunteering in the Community Library. She also served various aspects of the Mission society and was briefly a staff member at Woodstock School where her children were in boarding.

Dorothy received a MS degree in Library Science from Drexel University, and when the Whitcombs concluded their global mission service in 1973 and moved to Madison, WI, she began work Middleton Health Sciences Library at the University of Wisconsin from 1975 until her retirement in 1991. She was a member of the Medical Library Association and was active in the History of Health Sciences Section and the first editor of the Incipit from 1987-1989. She was also active in the Oral History Committee, serving as chair in 1989-1990, during which time she “breathed new life into the oral history program by transcribing and editing histories”.

Dorothy and Bill were active members of Lake Edge United Church of Christ where they both served on numerous committees. She had many volunteer activities in retirement; she was a member of Church Women United and was the librarian at Lake Edge UCC. For several years she volunteered at the Olbrich Botanical Gardens. At the Oakwood Retirement village, where they took up residence in 2002, she served as archivist and was on the garden committee.

Dorothy Whitcomb is remembered by her family for her loving marriage of 67 years to Bill, and her voracious intellect which made her endlessly curious about the world, history and politics. She read the New York Times daily until just a few months before her death. She was preceded in death by her parents, her granddaughter Rachel, her sister Ellen and her beloved husband Bill (2014). She is survived by daughters Cate (Jack Hinz), Patricia (Peter Sotos), sons Dr. John (Holly) and Dr. Robert (Susan), and grandchildren: Alisha (Jay Johnson), Jeremiah, David, Kate (Dan Jameison) with great-grandson John, Caroline and Daniel.

Condolences may be sent to Cate Whitcomb, 618 Sheridan Square, Evanston, IL  60202. Dorothy’s memorial service is planned at Lake Edge UCC in Madison, Wisconsin on November 3, at 10:30 a.m. In lieu of flowers, donations can be made to Church World Service at https://cwsglobal.org/donate/  or Woodstock School at http://www.fwsfoundation.org/index.php/get-involved/donate