Global Ministries is saddened to learn of the death of Herbert O. Muenstermann

by Global Ministries (Disciples of Christ and United Church of Christ) | published on Mar 2, 2020 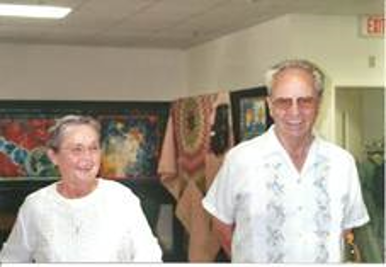 Herbert Muenstermann attended Eden Theological Seminary in St. Louis, Missouri.  He and his wife Margaret (Peg) Lott Muenstermann were appointed by the United Church Board for World Ministries (UCBWM), a predecessor to what is today Global Ministries, to serve in Ghana with the Evangelical Presbyterian Church, Ghana in a school from 1956 to 1957. Upon their return to the United States, Herb served in the Mission Personnel Office at UCBWM in New York City, and served as its director from 1967 until 1972.

After their retirement, Herb and Peg retired at Uplands Village, Pleasant Hill, Tennessee where they continued to be actively involved with the United Church of Christ and Eden Theological Seminary. Herbert was passionate about those estranged by the sanctions that the U.S. had imposed on Cuba. Herbert and Peg’s love for the Church was expressed in life-long action.

Herb was proceeded in death by his wife Margaret (Peg) Lott Muenstermann (March 14, 2017), and is survived by his three children Paula Margaret Liotto, Lee Muenstermann, and Rickie Muenstermann.