Global Ministries is saddened to learn of the death of Roger L. Heimer

by Global Ministries (Disciples of Christ and United Church of Christ) | published on Mar 12, 2019 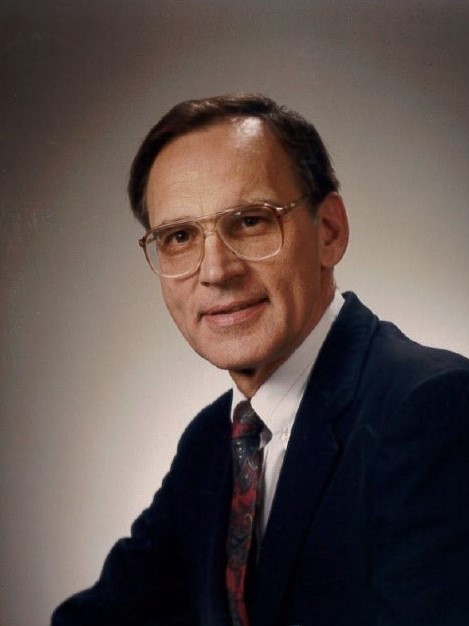 Reverend Roger L. Heimer, 84, of Bloomington Indiana, died in his home at Meadowood Community on March 4, 2019 surrounded by his loving family.

Roger was born on October 20, 1934 in Hebron, Nebraska to the late Roy and Grace (Knape) Heimer. He graduated from Hebron High School in 1951 and graduated from the University of Nebraska with a B.A. in 1955. He completed his Masters in Divinity from Lexington Theological Seminary in 1959. Roger served churches in the United States and abroad.

Appointed by what today is Global Ministries, Roger spent five years in the 1990’s serving with the United Reformed Church (URC) of the United Kingdom in London. One of Roger’s responsibilities was to help the URC relate to the issues of racism, violence, and poverty in Great Britain.

Roger served in many congregations and calls in several states including Pennsylvania, Minnesota, and Indiana. He served in interim ministries with the United Church of Christ and Disciples of Christ, with one year at First Christian Church in Bloomington, Indiana, where he remained as a member after retirement.

Roger’s call to ministry included a commitment to building community with dignity and equal opportunity for all. He worked both within and beyond the walls of the church in the interests of nonviolent economic and racial justice, serving on ecumenical boards, interfaith projects, and social outreach work including being a board member with Hoosiers Concerned About Gun Violence since its founding. He believed in the grassroots community, too, ‘moonlighting’ as a cab driver even while doing ministry by day. Throughout his life he marched, demonstrated, boycotted and wrote letters to the editor, speaking up for the people and causes he believed in. Before they were public trends, he believed in environmentalism, pacifism and restorative justice advocating for research-based work in these areas.

He lived a life of both serious inquiry and whimsical play, enjoying all of the arts as well as book clubs. He visited factories and festivals, roadside attractions and historic houses while traveling, finding all of the best deals along the way. With a passion for learning throughout his life, he took college courses and referenced articles and encyclopedia entries in friendly conversation. Yet, he also convened croquet or board games with his children and grandchildren, revealing his commitment to and love of family.

After meeting at seminary, Roger and Nancy Townley-Tilson married on June 15, 1957 in Winchester, Massachusetts. They spent 61 years together and had three children. Roger is survived by wife, Nancy; children Julia Heimer Dadds (Mark Beebe), Andrew K. Heimer (Mary Stonebraker, Lucinda Heimer (Chris Sherrill); grandchildren Keenan, Noah, Corey Dadds, and Leah (Beebe) Young; Alexander (Terrin Cripe), Emily, Abigail, Austin Heimer, Grace and Amalia Sherrill; great-granddaughters, Alana Heimer and Rosalyn Browning; sister, Arlene Heimer (Lincoln, NE); many nieces, nephews, and friends. Roger is preceded in death by his parents; sister Margretha Butterbaugh; brothers Harvey, Haldor and Alden Heimer. Roger’s love, kindness and boundless inquiry into what comprises a good life touched the lives of everyone he knew. He will be deeply missed. In lieu of flowers, memorial contributions may be made to Hoosier Hills Food Bank. A celebration of his life will be held on March 24, 2019 at 3:00 p.m. at First Christian Church, 205 E Kirkwood, Bloomington, IN 47408.

Condolences to the family may be sent to Nancy Heimer at 2455 N. Tamarack Trail Apt 115, Bloomington, IN  47408 or ntheimer@iquest.net.