by Global Ministries (Disciples of Christ and United Church of Christ) | published on Oct 24, 2018 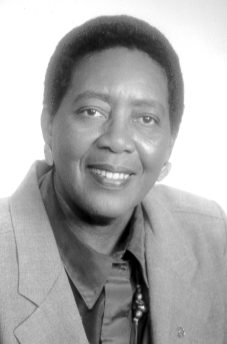 Hannah Jane Hurdle Toomey was born in Greenville, Texas on February 18, 1932, the youngest child of Catherine and Reverend Andrew J. Hurdle, who founded Texas Christian Theological and Industrial College in Paradise, Texas, an institution affiliated with the Disciples of Christ. Hannah attended San Joaquin Delta College in Stockton, California, and California State University in Turlock, California, receiving a B.A. degree in Sociology. She received a Master of Divinity degree from San Francisco Theological Seminary in San Anselmo, California, and later continued her education at the Missouri School of Religion, Jefferson City, Missouri. In 1988, Hannah was ordained into ministry by the Christian Church (Disciples of Christ).

From 1980 until 1983, Hannah served with the Community of Disciples of Christ in Congo (CDCC) as a teacher appointed by the Division of Overseas Ministries, a predecessor mission body of Global Ministries. She served the Girls Boarding School in Mbandaka in different positions, including as its Director. She also worked as a social worker and secretary to the General Secretary of the CDCC. As she completed her appointment and home assignment time, Hannah wrote, [t]he three years that I served as a missionary in [the Democratic Republic of Congo] was the realization of my fondest childhood dream to serve God in this way.

Over the years, Hannah Toomey worked in California in areas of computer and data skills, and in Liberia, West Africa, in government administration. In Missouri, she pastored Fifth Street Christian Church in Columbia. According to a tribute given after her death, during this time, Reverend Toomey played a key role helping Committed Caring Faith Communities to establish a faith-based substance abuse prevention and recovery initiative. In her last years, Hannah resided in Oregon.