The Holy Week procession on Tuesday evening carries a diorama of Christ on the cross through the streets of Scicli. 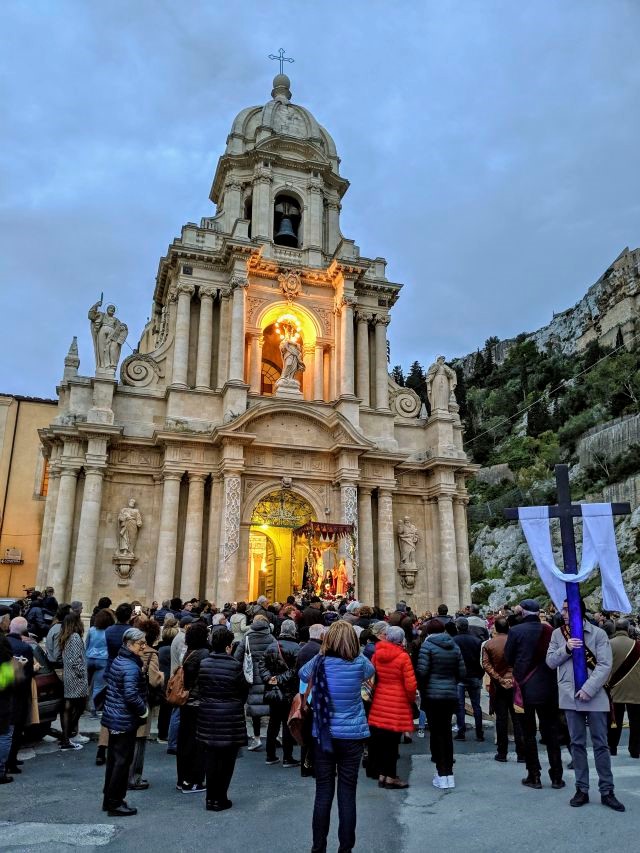 Palm Sunday marks the start of Holy Week, and the celebration here in Scicli began the day before when a group of youth approached me to offer olive branches, used here and in other parts of Europe where palms are rare. I brought the olive branches to worship on Sunday and shared them with the pastor.

Holy Week and Easter are huge in this particular Sicilian city of Scicli. It is known as a religious center, and there are Catholic churches on practically every corner and sometimes two or three within a few blocks. There’s one Protestant church here, connected with both the Methodist Church and the Waldensian Church, which have united to form a stronger presence.

Catholic culture obviously permeates the region. On the afternoon of Palm Sunday, the streets were lined with people awaiting the Palm Sunday Procession. A diorama of Mary and the women mourning the body of the dead Christ is removed from a local church and carried through the city in a solemn procession, followed by hundreds of the faithful and a city band playing appropriately somber music. The procession stops at each Catholic church it passes for Scripture readings and prayers, and at it’s conclusion, there are cannon shots from high on the cliff above the city, and fireworks to end the night. 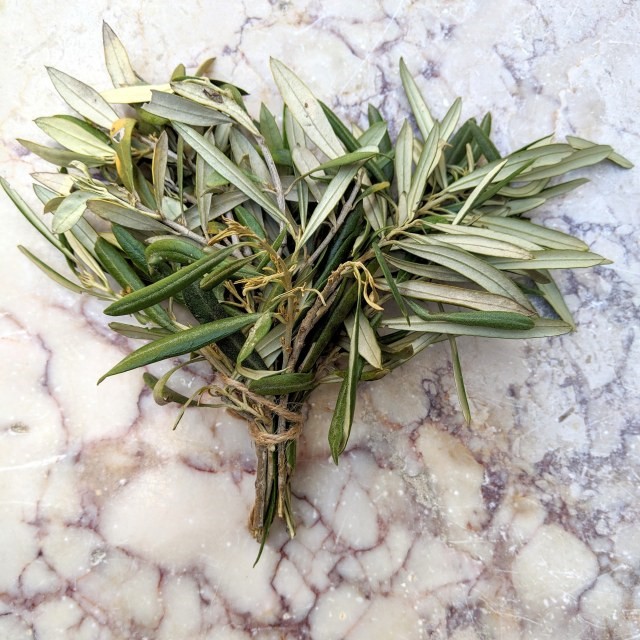 A similar procession took place on Tuesday night, carrying a statue of Christ on the cross through the city. A full concert by the city band followed the 90 minute parade. Yet another procession is planned for Good Friday.

A 17-year old girl, Fatima, a resident at Casa delle Culture where I am working, has written this description of her life as a migrant. A native Syrian who grew up during war there, Fatima and some of her family members were granted asylum for a fresh start in Italy. Her story was published today on Facebook in Italian, but Facebook’s translation to English is rather poor. I’ve edited a bit for clarity.

“Tajara” is the word for “airplane” in Syrian Arabic. I had never been on a plane before leaving for Rome: a two-hour flight from Beirut that took me, my mother and my two brothers to Italy through the Humanitarian Corridors . The planes I used to see earlier were very different and didn’t carry people and dreams but bombs. I saw them for the first time in 2011, flying over my city. Idlib is a small Syrian town immersed in the countryside, surrounded by fields of olive trees, pomegranate and fig trees that I thought were exclusive to my region and instead, to my astonishment, I discovered its existence in Scicli, where I have lived for several months at the Casa delle Culture. 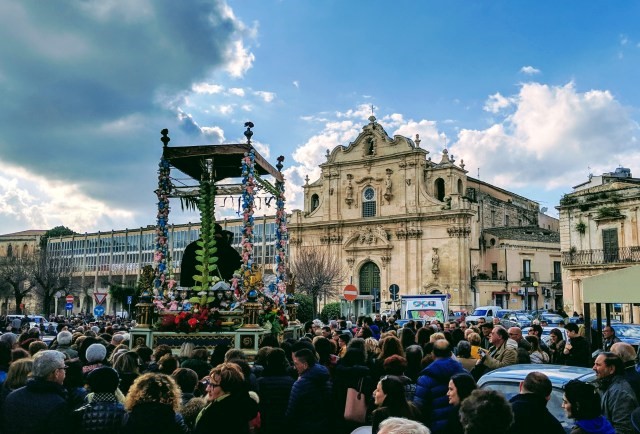 The planes of terror destroyed Idlib, “the green city”, the war destroyed it as it destroyed our lives. Our trees, our homes, our families no longer exist. My father no longer exists, kidnapped by the army of Bashar and never returned. My childhood no longer exists and that of my brothers, taken away by bombs dropped from airplanes.

One night in June we were in full Ramadan and it was very hot, a series of bombs, I don’t remember how many but surely too many, one after the other without stopping, continued to fall. Everything happened in a matter of seconds, seconds for me expanded by terror. We left the house for fear of an imminent collapse of the building. My mother brought my brother with her, my younger brother, my uncle, her family. Only after we realized that grandmother had been wounded by the “iron rain”: we called the splinters caused by the explosion of the bombs. They were small but extremely dangerous and often lethal. My uncle, committed to protecting children, tells me to use a knife to remove the splinters from my grandmother’s body. Fortunately they had only entered her arm. 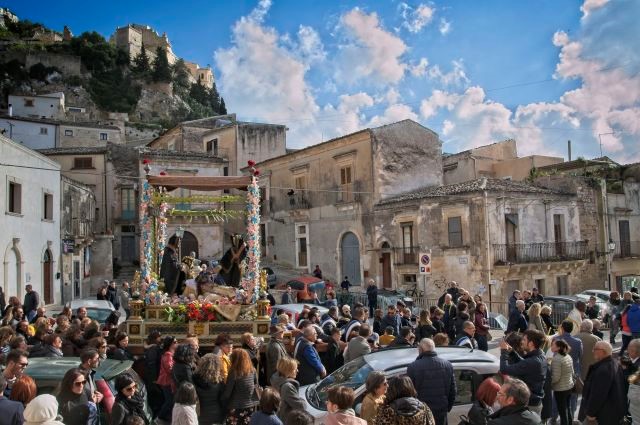 What we missed most during the war was the obviousness of everyday life. Everything was complicated: getting food and water was a big problem, even going to the bathroom was risky because you never knew who could hide behind the bushes. Walking down the street was the biggest danger not only for snipers but also because of the military and rebels who stopped you to ask you where you came from, with the rebels or with Bashar. Any response from you was a death sentence.

At the end of 2013 my mother decided that we had to try in any way to save the only thing left, our life. We illegally crossed the border to Lebanon also traveling long distances on foot. I remember that we were running without ever looking back, placing all our hopes in arriving in Lebanon. We lived for almost five years in a refugee camp in the north of the country. They were very difficult years lived in illegality and with the difficulty in finding medical treatment for my brothers’ illness. In Lebanon, we met people who took an interest in our family’s problems and offered us the idea of reaching Italy to treat my brothers. Despite the immense fear of abandoning a place dear to us again, we decided to leave. 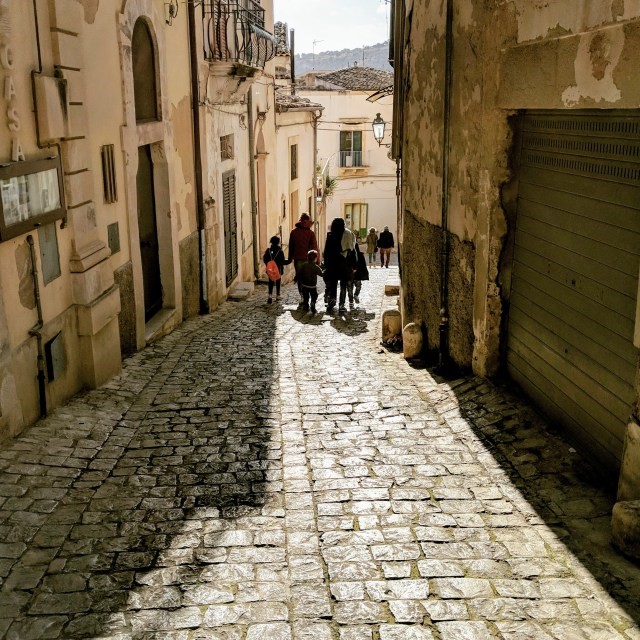 The plane that before was terror, with the trip to Italy thanks to the Humanitarian Corridors, has become the symbol of our salvation but also of the beginning of a new life. The war took away my home, my father and my childhood but, unexpectedly, there was a positive aspect: I discovered the existence of countries other than my own, I met many people, my brothers get regular care at the hospital in Ragusa. As well as the amazement in having found the trees that surrounded Idlib, in Scicli the amazement in my eyes presented itself several times: I am attending school for the first time and I discovered that I love learning languages and math, I can walk in the streets of Scicli alone without anyone asking me where I stand. I can drink coffee at the cafe feeling free to do it whenever I want.