On Justice and Peace - Syria - September

Justice and peace, in many different parts of the world, are lost dreams rather than a lived experience. One look at any of the many countries of the Middle East, at least in the last fifty years or so, one realizes that justice and peace have been absent concepts for the majority of people. And the last four years for many Arab countries are examples shouting the lack of peace and justice.

Indeed, where violence is a story never ending, when killing and destruction are but daily experiences, justice and peace are unachievable dreams.

1. What is it about justice and peace that make them so hard to achieve?

2. What does the Bible say and whose concern is justice and peace?

However, justice and peace are terms that are used constantly in our day and time in almost every society. The reason must be that people desire those to be realities in life.

Justice is commonly used to refer to the activities in the court system where disputes are solved, the innocent is freed, and the guilty is punished. Justice and lack of justice are spoken of in relation to violations of human rights, where the strong abuses the weak, when women with the same qualifications are paid less than men in the same positions, or when women are denied some positions just because they are women.

Peace, on the other hand, is immediately linked to the absence of war among nations, countries, or groups. We also speak about peace when there is no tension or conflict in relationships between individuals or groups.

How does the Bible speak of justice and peace, what texts can help us understand these very important concepts, and do these issues concern God?

While the Bible is crowded with verses about justice and peace, I will concentrate attention only on few.

Moses, the great prophet, was handed the commandments of God that served as the law that governed the life of the community,  a community that was freed by God to worship God and live according to God’s will. Moses led that community for forty years toward the land promised by God to an oppressed community. Even though Moses was not allowed to enter that Land, at the edge of the land he had to retell the commandments of God before he departed. Moses’ summary sentence of the law of God can be understood like this: “Justice and only justice you shall follow, that you may live and inherit the land which the Lord your God gives you.” 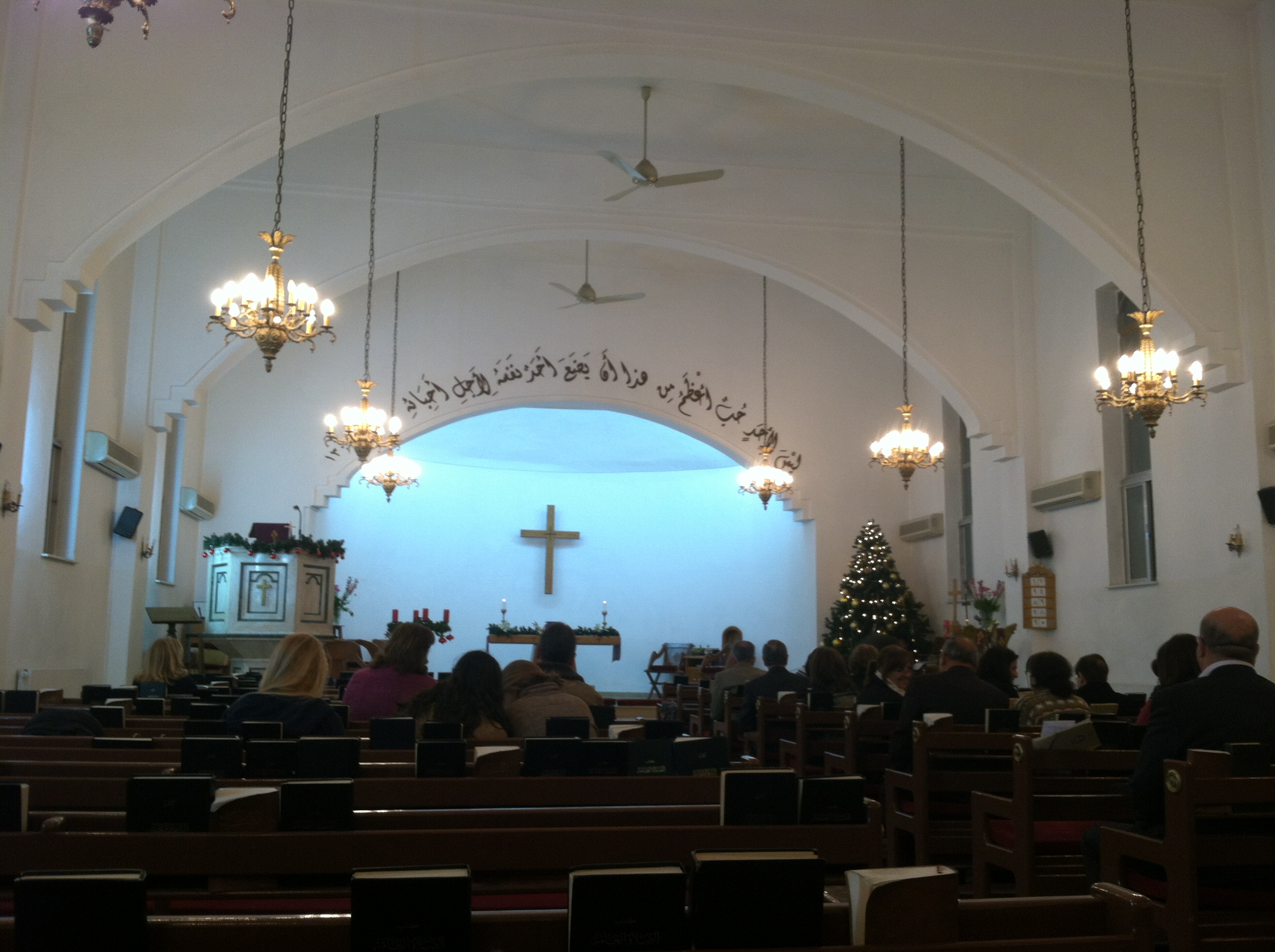 Thus, for Moses, following justice is the condition for life and for inheriting the land, the gift of God. For Moses, God is holy and righteous. God expects justice be done. And justice can only be done through living according to the will of God and keeping God’s commandments.

Before we look at the meaning of justice that is requested by God, I would like us to look at two other texts from two of the eighth century prophets, namely, Amos and Micah.

A shepherd, who did not come from any prophetic line, was called and sent to speak with much courage to a people who seemed very religious, the people of Israel. They had followed traditional practices up to the point, offering sacrifices, paying tithes, going to the temple regularly, and singing with music. Indeed, it was a very outward appearance of religion, as Amos saw it. All was not accepted even though it was part of the requirements of the Law given by Moses. Why? Because of the corruption of their hearts. They had decayed moral values and they wickedly oppressed the poor. They turned justice to wormwood. They cast down righteousness to the earth. Amos shouted, “Let justice roll down like waters, and righteousness like an overflowing stream.” (RSV)

God, for Amos, is the God of hosts, a sovereign who ruled the heavens as well the earth, nature and all nations. God is concerned that justice and righteousness be reflected in the daily relationships of people.

Micah, another eighth century prophet, name means, “Who is like the Lord?” God is to be praised and obeyed.  God speaks to the nations of the earth and holds all nations to be accountable.

Micah speaks to the people as if answering their inquiries about the requirements of God.

“He (the Lord) has showed you, O man, what is good; and what does the Lord require of you, but to do justice, and to love kindness, and to walk humbly with God.”

This verse is the most remembered and recited by biblical readers. However, here we will only be looking at the first requirement, “justice.” Justice is good and required by God to be done.

So what is justice?

Justice, as a concept, is found 26 times in the OT.  Once, the word is translated as “judgment,” and at other times, “righteousness.”  Sometimes, justice and righteousness appear together. The Old Testament seldom denotes the specialized concept of fair-player legal equity with which the term “justice” is presently associated. “Righteousness,” on the other, hand is found 40 times.

Justice, as a noun, does not appear in the New Testament, but over thirty times the adjective “righteous” is likewise translated by the English term “just.”

While commentators speak about the development of the meaning of the term “justice” throughout history, from the time of Moses onward, justice comes to distinguish that which is God’s will and those activities which result from it.  By natural transition, “justice” then comes to identify that moral standard by which God measures human conduct.

The Gospel of Luke (18:2) indicates that the attributes of justice are to be anticipated only in the hearts of those who fear God. “For not the hearers, but the doers of the law are just before God.” (Ro.2:13)

Thus, it is a fact that everyone who has faith in God is expected to do justice. Justice constitutes the opposite of sin and it serves as a marked characteristic of Jesus the Messiah. Justice, as the Bible Dictionary puts it “…. is closely linked to the thought of God’s character of mercy, loving kindness, righteousness and truth.”

In the Middle East, especially in Syria for almost three years since  appearance of the group known as the Islamic State (or ISIL, or ISIS), all the killing, destruction, crimes against women, children, and a country have been done in the name of God. What would Moses, Amos, and Micah say if they were around? What would be their message to governments that are powerful, countries that are supporting and financing the killers, and those who come from all over the world to fight on behalf of God and in God’s name.  What would God say to the church that is supposed to oppose all kinds of violence and is not allowed to remain silent?

Justice is the will of God for all and required by God, linked to God’s mercy, loving kindness, righteousness, and truth. Where are we in the struggle for justice?

What is Peace? Yes, it is the absence of war, of hostility, and of disturbance in societies. And it is very much linked to the security of people. But surely it is much more as the Apostle understood it to be.

In the Holy Scriptures, we find a strong religious dimension being added to the understanding of the term “peace.” Peace is related to the well-being of people, to their health and prosperity which of course implies stability and friendly relationships among countries and individuals.

Surely, peace is linked to the relationship with God and to God’s covenant. Peace is an act of God and a gift from God. On His way to the cross, when Jesus knew that the hour had come to complete his mission, he told his disciples, “Peace I leave with you. My peace I give to you.” (Jn. 14:27). After His resurrection and having passed through humiliation and suffering, the Risen Lord said to them: “Peace be with you.”  He then showed his pierced hands and wounded side and again said: “Peace be with you. As the Father has sent me, even so I send you.” (Jn.20:19-21)

Peace, understood form a Christian perspective, is surely the well-being, the health, the state of being set right with God, even though suffering is involved.

So the church, like her master, is sent to a mission of peace-making. Jesus made peace with God for the entire human race and gave the church to convey his peace through actions that may involve suffering.

How many places in the world need the action of the church in peace-making? Has the church been involved in making peace in this troubled world? In what ways? Surely the church is not a political entity and does not have the military power to make a difference. But the church, by all means, has the mighty power to make peace by its ethical stand against sin, violence and oppression.

Peace, like justice, is an act. We are required to do justice and to make peace. God has told us what is good and what God requires of us.  Do justice, and to love kindness, and to walk humbly with our God.

O God Almighty, who loves justice and gives peace, help us live according to what you require of us.

Dr. Mary Mikhael, a professor of Christian Education, was the first woman president of the Near East School of Theology, serving in that capacity from 1994-2011.  Mary is the writer of many article and chapters in books, her latest being, "She shall be called WOMAN", and the, "Journey of Faith", a study on the book of Joshua.  Upon her retirement from NEST, Mary was appointed by the National Evangelical Synod of Syria and Lebanon to her current position as communicator with church and mission partners regarding the Syrian tragedy, and interpreter of the church ministry among the Syrian displaced and made refugees, the needs and struggle of the church in order to be able to continue this ministry of healing.