“Every day is another opportunity for humility.”  This is a (very) small joke I share with friends—a lot.  But it’s also true.  My work as a Mission Co-worker in Thailand has involved constant cross-cultural communication—or lack thereof.  I fear that I make mistakes more often than I realize. 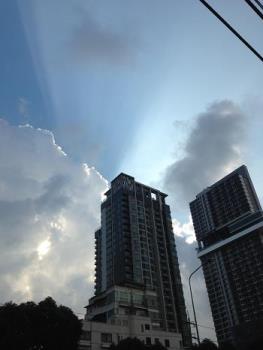 Thai culture values honor and courtesy, so it’s important not to embarrass others.  It’s important not to cause someone to “lose face.”  Once, when I had just started my work there, I was walking down the street to catch the train at the end of the day.  I never knew what I slipped on, but I fell down on the sidewalk with one leg buckled under me.  I was back on my feet so fast, I never quite got a good look at the man who helped me.  After all, one really shouldn’t touch other people in public—especially members of the opposite sex.  So, he did the polite thing and melted into the crowd, and was gone – a small interaction, but one that would have gone slightly differently in my own country.

In the United States, people generally wait to see if you can get up on your own before they do anything, when you’ve fallen.  Could it be that we value independence just a little bit more than dignity?  But then, once they help you, they will stay for a minute and talk.

Does it matter?  Only as a chance to see how even small kindnesses might be done differently in different cultures. 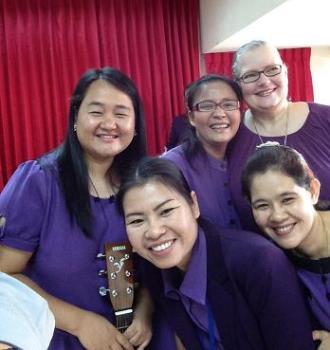 But kindness is universal.  I don’t mean to say that everyone practices it, but that it can be found in any culture and any country, if we are observant and open to it.  When he tells the story of the Judgment of the Nations in Matthew 25, Jesus says, “I assure you that when you have done it for one of the least of these brothers and sisters of mine, you have done it for me.”  That story is not just an instruction about how we should treat others.  It also tells us something about how others treat us.  So, when someone does a kindness to any of us brothers and sisters, they have done it to Jesus.

How does one share the Gospel with people who may not be interested?  I believe it begins with kindness, humility, humor, and friendship.  Seeing others as if they were the savior of my soul—“When you have done it for one of the least of these brothers and sisters of mine, you have done it for me.”  And when I receive such kindness, it is an opportunity for humility.  And I am thankful.