The summer service program started in April 2018 supporting the Syrian refugees in Northern Badia in the province of Mafraq, Jordan, which includes three unofficial tented settlements: al-Faisaliah Camp, Naifah Camp, and Sabha camp.  The total number of beneficiaries are about 750 people.  In addition, the program assisted about 700 Iraqi refugees, located in Amman.

What we have implemented:

Situation: In al-Faisalia Camp, the scarcity of water supplies and salty water from nearby farms are not suitable for drinking.  The Orthodox Initiative is addressing this by buying drinking water tanks throughout the summer from April through Sept. 2018.

Situation: The refugees are unable to purchase the detergent material items due to their poor financial situation so the Orthodox Initiative has undertaken to distribute detergent parcels for the three camps for 150 families, and to distribute women dignity parcels for 100 women at the camps.

During the Holy month of Ramadan, group Iftars were held for all the families at the two camps, Al-Faisaliah and Naifah.  Mansaf is the traditional food, and was the meal served with sweets and drinks for all families. 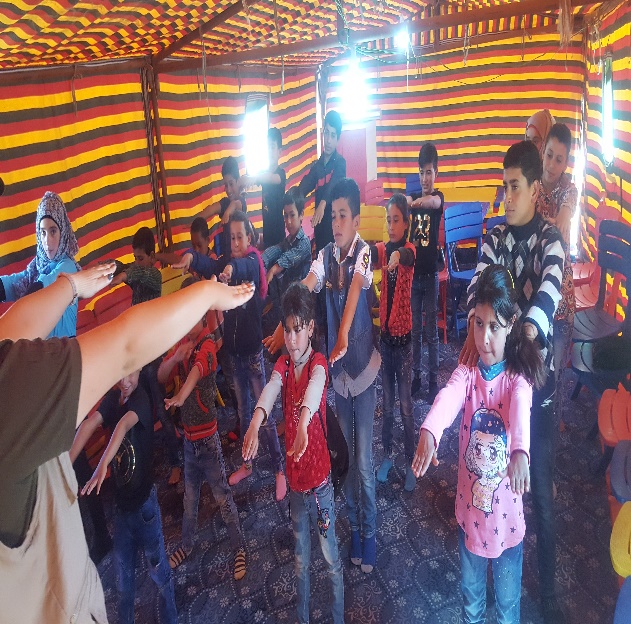 For women, embroidery was taught at Al Faisalia camp, where 25 Syrian women gathered who had finished their wool knitting course in the winter and were encouraged to join the new course.  For the children at Al-Faisalia camp, the Orthodox Initiative provided opportunities for courses in English, music, and sports.

Continue reading about the work of the Orthodox Initiative.