Reflection on the First Two Months in Sumba

As I write this, I’ve just spent my first two months as a Global Ministries Volunteer at the seminary of the Christian Church of Sumba, Indonesia, in the town of Lewa. Here are some images and impressions from a transplanted New York City-dweller suddenly ensconced in a remote rural environment! 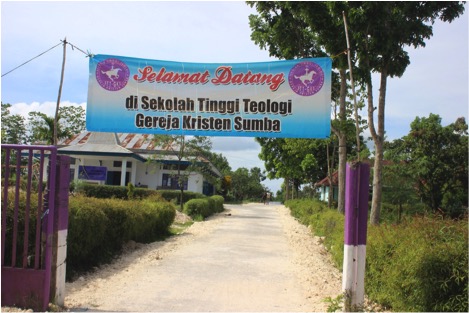 To start, where am I?

The island of Sumba is in Eastern Indonesia, known as one of the Lesser Sunda islands in the province of Nusa Tenggara. It has an area of around 12.000 kilometers, with an estimated population of 755.849, according to the latest census in 2015.

Before the colonization of Europeans in the fifteenth century, the island was inhabited by Melanesian and Austronesian people.

The first Portuguese ships from Europe arrived on the island in 1522, and by 1866 it had become one of the Dutch colonies. However, it was not until the late 19th century that the island came under the real Dutch administration. It is now part of the Republic of Indonesia, although it is still one of the most poor and underdeveloped islands of the country.

Interestingly, the dominant religion on the island is Protestant, started in the early 1926 by Dutch missionaries of the Reformed Church (Calvinists) who started the Soemba Mission, during the time when the Dutch ruled and controlled the Dutch East Indies, and thus was intended to convert the people to Christianity.

Although the Jesuits started their mission in West Sumba in 1866, the Catholic Church only ranked second of the major religions on the island.

Despite contacts with western cultures, the island remains as one of the few places in the world where megalithic burials continue as a living tradition. Elaborate funerals are conducted with lavish sacrificial ceremonies and people feasting.

More than thirty percent of the population still practices the local ancestral Marapu religion, which includes both ancestral and deity worship and also remains as one of the core cultural values in Sumbanese society. 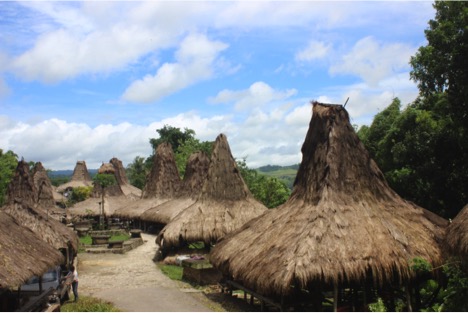 The core of Marapu belief remains strongly embedded culturally in the people of Sumba, a form of ancestral religion where humans are descendants of the Eternal Couple, the Sun and the Moon. Human beings are descendants of the eternal couple whose lives are similar to those on earth and their spirits continue to live and influence the lives of the living. Hence, elaborate and costly burial ceremonies are held during funerals where sacrifices and feasting take place. These burial ceremonies will only be held after the family can afford and are able to present the costly sacrifices of costly food and animals. It is not uncommon that corpses of the dead will remain in a house for some time, even years, before sufficient funds can be raised to plan the required burial ceremonies and sacrificial feasts.

Let me share some observations about the school of 384 students where I’m spending a semester teaching classes in church music and liturgy, and English conversation. The seminary at Lewa, a rural town of around 7000 inhabitants, is about an hour’s time from Waingapu. The school is one of only two sources of higher education for students on this island. It trains Protestant pastors and evangelists, as well as offering a basic college-level education program. 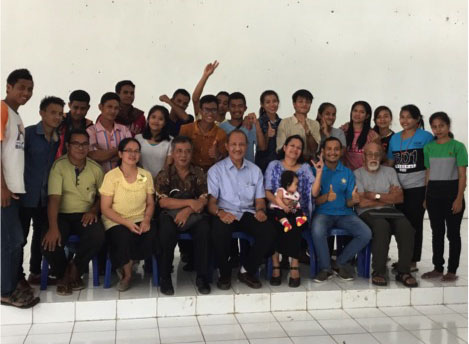 I’m impressed by how all the students are truly motivated in learning and study. They come from throughout the island. While first-year students are housed in the modest dorm on campus, students in the upper years live off-campus or at home, often walking several miles daily to come to class. They pay their own tuition, which is very low by American standards but a large financial commitment for them. There is no money for scholarships. I see many students who walk for miles from their remote wooded houses – often without shoes, only sandals, and some even with bare feet – to the school campus. Those who live in campus dorms have to cook their own meals and carry their own water from the common reservoir on campus. There is no running water. Since there is only a small water reservoir for the entire campus, several times a day the students have to carry buckets of water for their daily cleaning and cooking needs. The lack of running water often creates additional hardships in the lives of these students on campus. On numerous occasions several of them have become ill from exhaustion, fatigue, and stress due to these inadequate facilities on the campus. This is an economically underdeveloped region.

Educational ministry here has many challenges. As an Indonesian-American who has returned several times to my native country and visited the seminary before volunteering here, I’m not entirely surprised. But living day-to-day, up close, is different from observing from the safe distance of an outside visitor!

“Liberal” teaching ideas and methods are often resisted; teachers are steeped in an authoritarian way of top-down information-giving, with little or no discussion or encouragement of questioning or critical thinking. 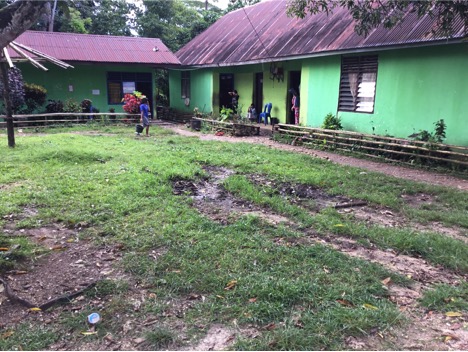 Teachers are not well paid, earning an average of about $400 per month. In order to supplement their food supplies, many of them grow their own vegetable gardens and rice fields.

It is wonderful to find truly dedicated teachers here, some of whom are able to make the effort necessary to go for further graduate studies outside Sumba.

A recently newly arrived teacher this semester quit her job at the Fulbright Office in Jakarta to join the faculty here. A Sumba native, she earned a Master’s degree in Religion and Peace studies at Hartford Theological Seminary in Connecticut. Nyssa Janice teaches pastoral theology, Feminist Theology and has just attended the World Council of Churches World Evangelism Conference in Arusha. She, Mellie and I frequently discuss among ourselves the need for improved teaching methods and how some of those could be implemented. We all agree that this school serves an important role in the church and society in Sumba, and we are all moved and motivated by the very high interest and motivations of the students.