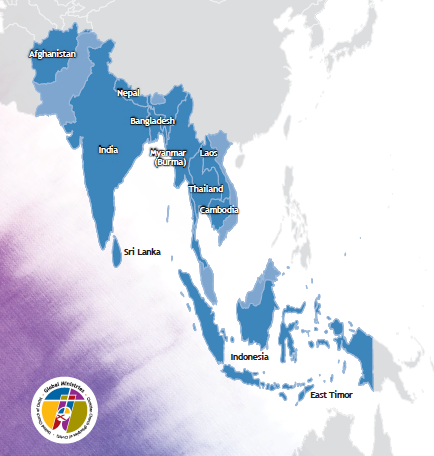 Sarah[1] lived in a small, impoverished village in West Timor, Indonesia. As the oldest child, much responsibility fell on her shoulders. Her frustration grew and her family life deteriorated. After an argument with her father, Sarah ran away from home. She went to the local trafficker for work, the only job option she saw available to her. He took her to a holding facility in Indonesia where she stayed for two weeks before continuing to Malaysia. It took her six weeks to get to Malaysia. Once she arrived, she worked for one week as a domestic servant for a family before she was taken to a Chinese restaurant where she worked for five years.

Sarah was lucky. There are, unfortunately, many other stories of young people who were not as lucky, and too often, those stories include violence, torture, or other forms of exploitation. Sarah wasn’t beaten or sold or forced to have sex with anyone but was treated humanely by her traffickers. Once she arrived in Malaysia and started working, she was even allowed to keep her wages, which enabled her to send money home to her family and buy a cell phone so she could keep in touch with them. She could keep her identity documents, which allowed her to travel home when her father got sick. However, on arrival back in Indonesia, she was detained by the police and placed in a safe house because she had left Indonesia without the proper documentation.

Stories like Sarah’s are often complex, and rarely end well. These stories start out of human desperation and often end in exploitation. As people of faith, we are called to work to end the systems and networks that perpetuate human trafficking both in the U.S. and around the globe.

Human trafficking is estimated to affect over 150,000 people a year[2] within Southern Asia, most of whom are women and children who are exploited for forced labor and sexual slavery. It is estimated that the

Asia and Pacific region has the highest levels of forced labor in the world, 4 victims per 1,000 people. Worldwide, 73% of the victims of human trafficking for sexual exploitation come from Asia and the Pacific.

Human traffickers use many tactics to coerce people into being trafficked, including fraudulent work programs that act as fronts for traffickers. Traffickers may also use “loans” given to people for legitimate international working programs or other larger expenses like farming equipment, which often place people in debt bondage.

Refugee camps serve as a major source of victims for human traffickers as refugees are desperately seeking income in order to improve their conditions within the camps. In most countries, refugees are not allowed to work legally and are dependent on humanitarian aid.

Human trafficking is not only a violation of human rights but is the third most profitable industry for organized crime and terrorist organizations. Human trafficking can occur within a country’s borders and internationally. Trafficking victims span all demographics, but those who are most vulnerable to trafficking are those living on the margins of society: runaway and homeless youth, victims of domestic violence, people living in poverty, and people fleeing conflict and violence.

Dive deeper into this issue by watching the video by the Polaris Project, “Human Trafficking: It Happens Here.”

Pray with global partners working on anti-human trafficking efforts and on healing for victims of trafficking.

You can help fight human trafficking in your local community. Find a local anti-trafficking organization and support their work. Support legislation helping trafficking victims at the local, state, and federal level like the Trafficking Victims Prevention and Protection Act (TVPA) that was first passed by Congress in 2000.

Global Ministries works with global church and program partners in Southern Asia that are addressing human trafficking in their communities. One ministry is House of Hope of the Evangelical Church of West Timor (GMIT), located in Kupang, Indonesia. A shelter for former victims of human trafficking, House of Hope is providing a safe haven for emotional recovery, and assistance with transitioning back to normal life. Learn more about House of Hope.

Find a list of all Global Ministries projects addressing human trafficking in Southern Asia and around the world.