Coronavirus, Covid 19, social distancing: these words have all become a part of the vocabulary worldwide in the last three months.

At one time, more than half of the planet was locked down. It seems like all our collective attention has been dedicated to the virus, a source of anxiety, frustration, not to mention the many deaths and grief.  Since this has been the major subject of conversation for the last three months, I feel that it is important to share my impressions of the situation here in the Democratic Republic of Congo. 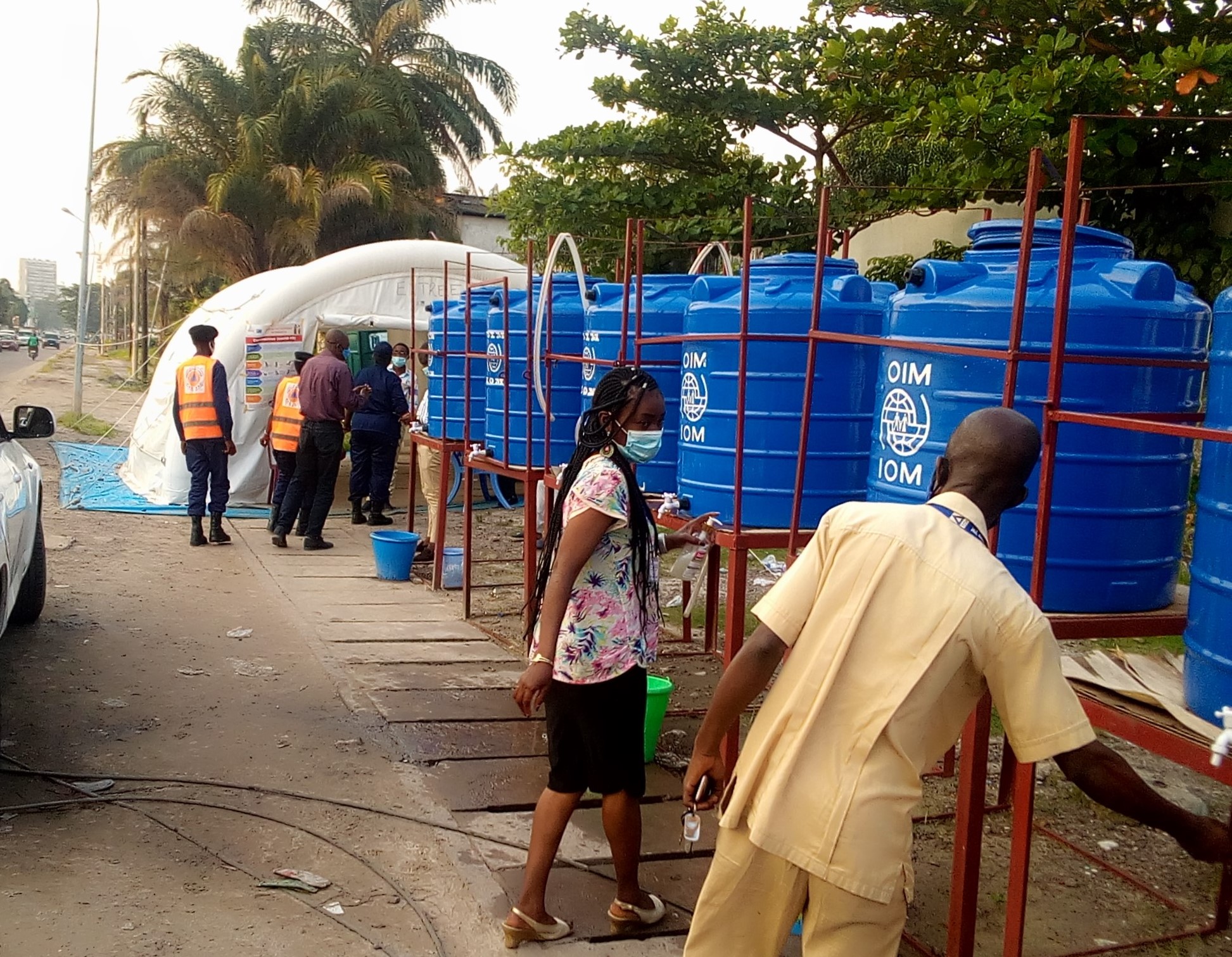 For the moment, the catastrophe in Africa has not arrived, even though it is too early to rejoice.  Of the 4,7 million cases worldwide, there are approximately 100, 000 in the continent of Africa. As I write, the Democratic Republic of Congo just passed 2000 known cases of the coronavirus reported counting 60 deaths linked to the virus. More than 90% of the cases are in the capital, Kinshasa.  If for the moment, the health situation is not worse in the DRC than in other parts of the world, the economic repercussions are a disaster.

A first plan to lockdown the entire city of Kinshasa with more than 13 million inhabitants was abandoned because of fears of riots and distress among the most fragile part of the population.  Gombe, which is the economic and political center of Kinshasa has been shutdown since the 4th of April.  The headquarters of the Church of Christ in Congo (and my apartment) are in Gombe.  With the central market and civil administration located in Gombe, the shutdown has repercussions for all the inhabitants of Kinshasa. The decision to ban all flights to and from Kinshasa, even to the other cities of the Democratic Republic of Congo has isolated the capital from the rest of the country and the world.

As for churches, the pandemic virus has been a challenge for the Church of Christ in Congo.  All church services and even all meetings with more than 20 persons have been banned since the 24th of March.  How to announce the Good News of Jesus Christ in a period of uncertainty and a worldwide health crisis? What could be a message of liberation when the population is shut in their homes for those who have homes. The links of Christian fellowship and friendship are tried by the distance between us and the isolation.  Of course, communion is impossible being the contrary of social distancing and announcing the Word of God is not easy. It is a time when Christians are trying to use their imagination to announce hope and to be close to those in need.  Many families have church services in their homes much like the first Christians.  The Church of Christ in Congo has a radio station and a new television station that allows for sermons to be broadcast and to relay heath announcements to the population.

For many of the population, washing hands is not easy with a shortage of running water.  Electricity is also a problem so that communication by television, radio and Internet is not possible. 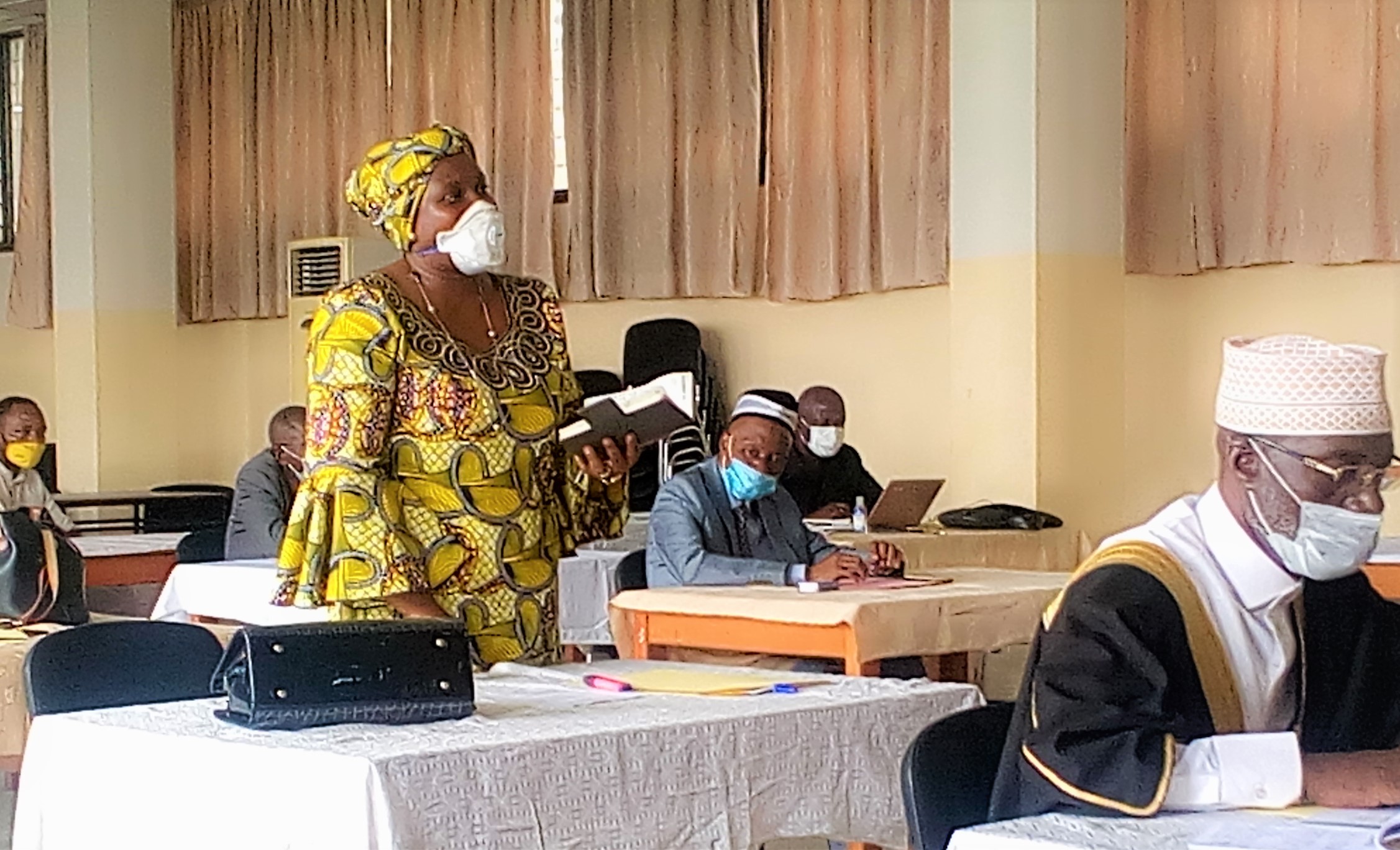 The population has showed a lot of discipline in respecting the decisions made to help stop the ravages of the Coronavirus. Even though most stores remain closed, for those who are open, the temperature is taken for all the customers and hands are washed before going into the store.  In Gombe, almost everyone wears a mask.  Unfortunately, in the other parts of Kinshasa, the masks have pretty much come off recently.  Masks are available in supermarkets and pharmacies, but many wear homemade masks.   Police barriers have been installed all over the city of Kinshasa.  Cars are stopped and all the passengers have their temperature taken and are obligated to wash their hands.

International help has arrived, and the Church of Christ in Congo was asked to chair a committee that will oversee funds with a representative of the Catholic Church as the second chair.  This ecumenical team was initiated by the President of the Democratic Republic of Congo to avoid suspicion about the use of the funds.  It is a sign of confidence for the churches and the religious communities to play their part for the common good. The United States have pledged some funds as has Europe, but the crisis of the coronavirus is so widespread that most governments are not able to commit much. 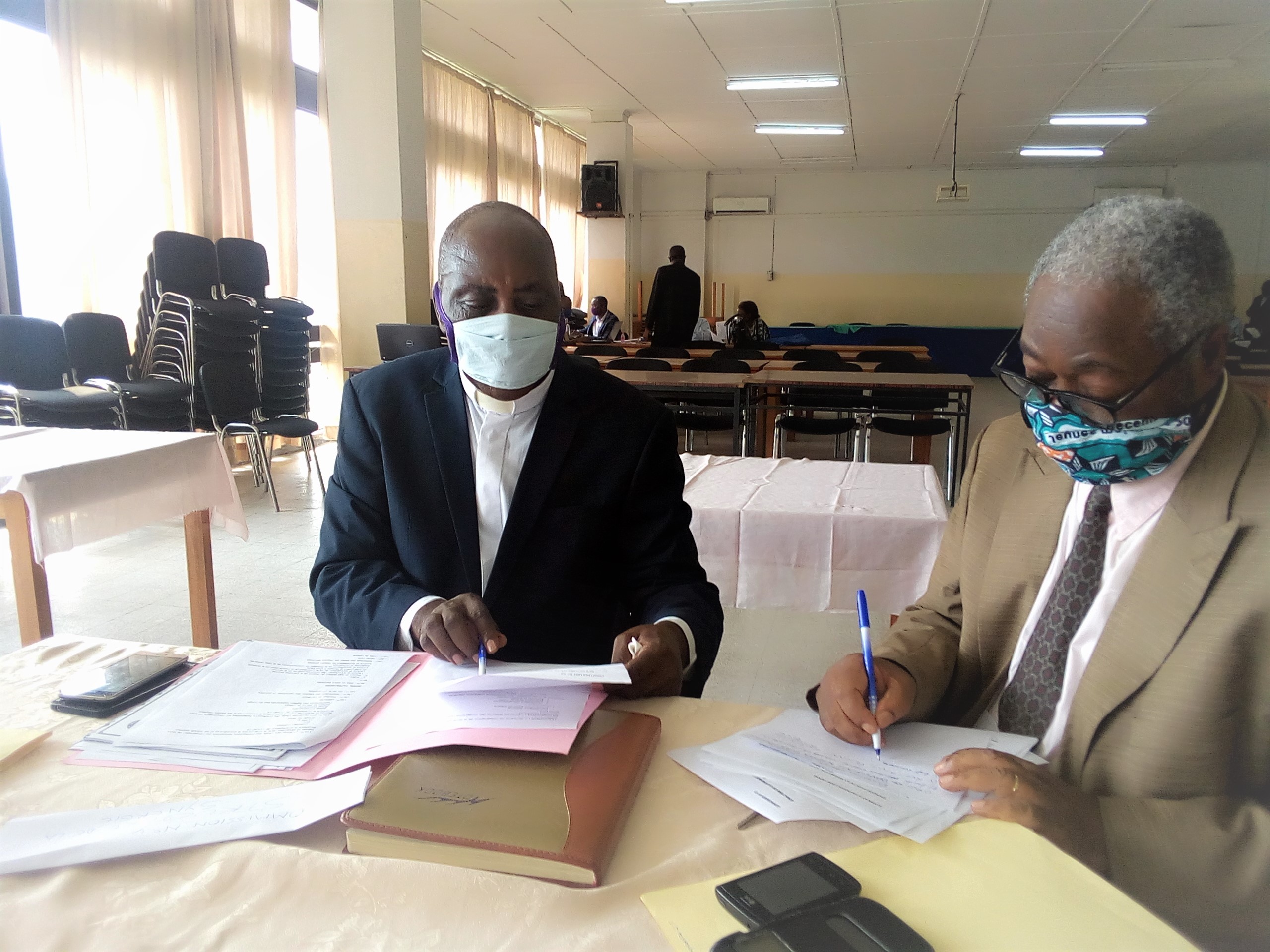 As I am writing, many counties have started to end their lockdowns.  No date has yet to be announced in the DRC. Since the number of cases is increasing, I would suspect that there will not be immediate changes.  Sooner or later, the Coronavirus crisis of 2020 will be over.  What have we learned and what can we look forward to?  Even though the Covid 19 has captured all the attention for the last three months, there are many other epidemics even more deadly that need attention.  According to Doctors without Borders, the measles epidemic caused more than 3000 deaths since January 2018 with more than 50,000 cases reported during the last five months.   Other diseases such as malaria, cholera and ebola, which has not entirely disappeared, are a heavy load on a battered health care system which desperately and constantly needs international support.  The violence in the eastern part of the Democratic Republic of Congo has also not calmed during the Covid 19 crisis.  The United Nations High Commission has reported 274 civilians have been killed by militias and 200 000 persons have been forced to flee their homes in the province of Ituri since the beginning of the year.

May 20th and 21st, the Christian Church of Congo invited the religious leaders to a meeting to discuss religious practices and the prevention of the Covid 19.  The Muslims, the Catholics, the Orthodox, the Kimbanguistes and others joined with the ECC to look for ways that all religions can contribute to help fight Covid 19 and to help with prevention for other epidemics. The hope is to create a positive synergy with the religious community to better fight the epidemics that continue to block development in a nation that is so rich in natural resources but one of the poorest on the planet.