“Once upon a time, there was a wise man who used to go to the ocean to do his writing. He had a habit of walking on the beach before he began his work.

One day, as he was walking along the shore, he looked down the beach and saw a human figure moving like a dancer. He smiled to himself at the thought of someone who would dance to the day, and so, he walked faster to catch up.

As he got closer, he noticed that the figure was that of a young man, and that what he was doing was not dancing at all. The young man was reaching down to the shore, picking up small objects, and throwing them into the ocean.

He came closer still and called out “Good morning! May I ask what it is that you are doing?”

The young man paused, looked up, and replied “Throwing starfish into the ocean.”

“I must ask, then, why are you throwing starfish into the ocean?” asked the somewhat startled wise man.

To this, the young man replied, “The sun is up and the tide is going out. If I don’t throw them in, they’ll die.”

Upon hearing this, the wise man commented, “But, young man, do you not realize that there are miles and miles of beach and there are starfish all along every mile? You can’t possibly make a difference!”

At this, the young man bent down, picked up yet another starfish, and threw it into the ocean.

As it met the water, he said, “It made a difference for that one.”

She tells that story in Greek, and has me recount it in English, for every group that we speak to about the work of Perichoresis NGO. It is a striking example of the organizations’ mindset – that each individual matters. 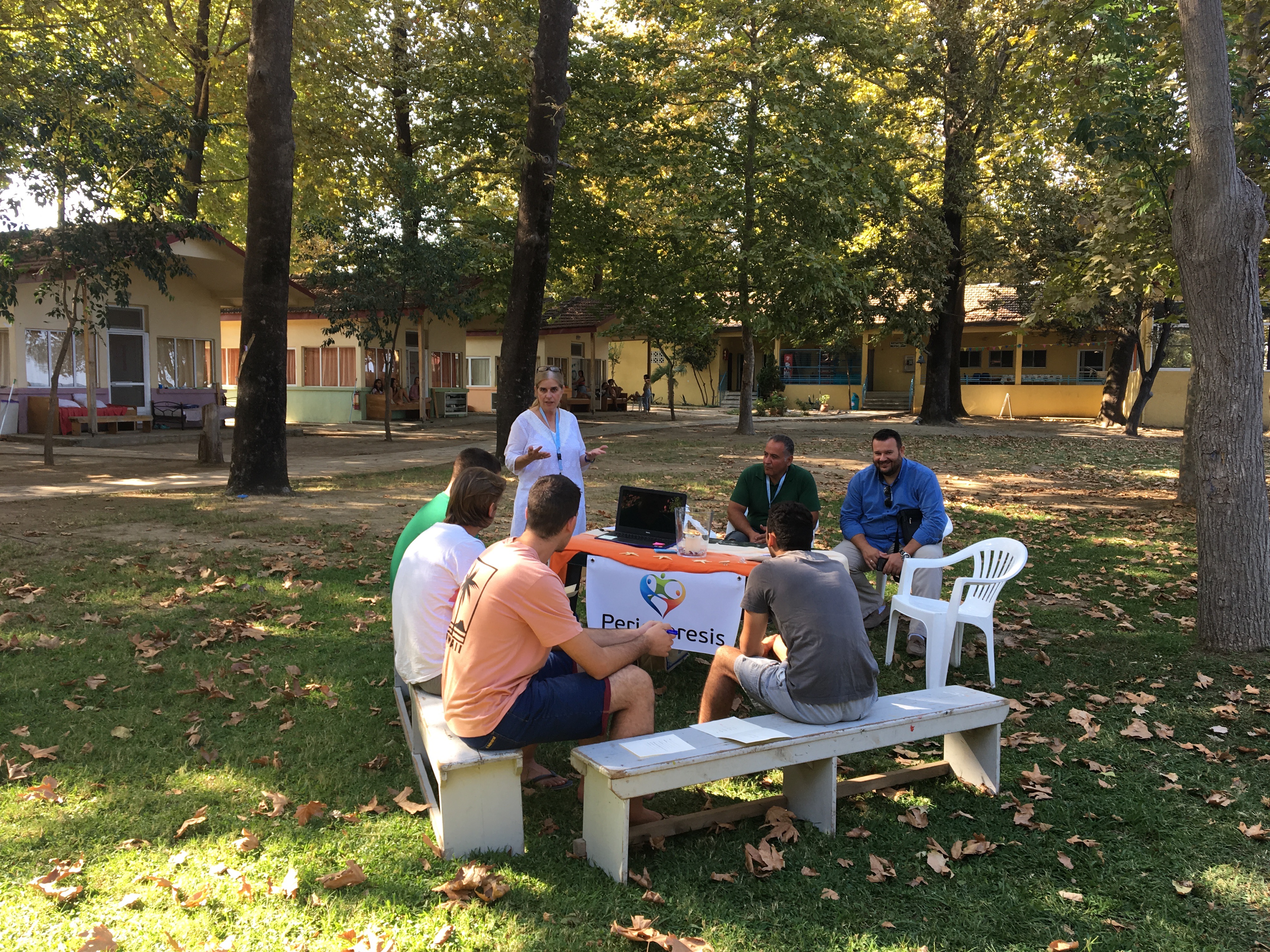 From the very beginning, when the NGO itself did not yet exist, it was church members hosting refugees in their own homes, trying to make a difference for individual people: providing shelter, food, clean clothes, and safe space away from the refugee camps that grew so hectic. Now, as an NGO, Perichoresis continues to change the lives of individuals on a larger scale, hosting almost 600 refugees in the city of Katerini and providing them with housing, language lessons, and support as they discern their next steps.

Sometimes families leave in the middle of the night, sneaking away to Western Europe because they believe that is where their future lies. When this happens, outsiders might say that all the efforts of Perichoresis staff were for nothing, the family left anyway. Staff, however, would say that they changed that family’s life while they were in Katerini, supporting them in ways that were critical for their development and that may have given the family the confidence to try their luck in Western Europe.

Because Each. Individual. Matters.

Our job is not to keep families in Katerini – it is to help them while they are here and bless them as they take responsibility for their own lives, in Katerini or elsewhere.