by Global Ministries (Disciples of Christ and United Church of Christ) | published on Sep 25, 2020 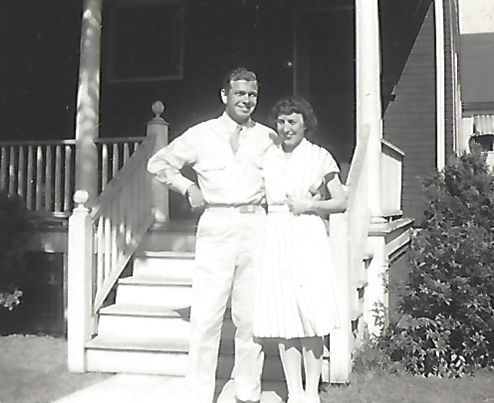 Trinity Reformed United Church of Christ (UCC) in Conover, North Carolina has been providing support for the work of Global Ministries and global partners around the world through the Wagoner International Mission Fund. This fund was established from a bequest of John (1912-1974) and Vera (1912-2004) Wagoner.

John and Vera Wagoner were leaders in Trinity Reformed UCC and traveled extensively around the world. Upon Vera’s passing in 2004, the church learned that she made arrangements to leave a bequest to support several ministries, including a bequest designated for international ministries for Trinity Reformed UCC to steward. The church has invested the bequest and uses the earnings each year to support global mission.

Each year, the church’s Board of Missions reviews new materials on the work of Global Ministries partners and sends gifts to support the work of four of five international partners each year. This annual process has enriched the entire congregation’s participation in and understanding of God’s global mission today. Trinity Reformed UCC also engages the congregation in international mission through welcoming visits from Global Ministries Mission Co-workers and home-based staff. Since the fund’s beginnings, the church has provided almost $290,000 through the Wagoner International Mission Fund to support Global Ministries in general, the Child and Elder Sponsorship program, Family Village Farm in India, the YMCA of Shepherd’s Field in Israel/Palestine, the Women’s Microcredit project in Mozambique, the Near East School of Theology in Lebanon, the Kalauman Center for Development in the Philippines, House of Hope in Haiti, and more.