by Global Ministries (Disciples of Christ and United Church of Christ) | published on Dec 5, 2019

Rosalina emphasized the work CONAVIGUA is continuing to do around remembering, advocating for, and connecting with the loved ones of those who were killed or “disappeared” during the Guatemalan civil war. Rosalina recounted that they have been doing this work now for 31 years and at times the government and the military have made the work incredibly challenging. For example, two of Rosalina’s sisters have been killed, and she has had multiple attempts on her own life. She said, “For us the war continues, we are still attacked.”

CONAVIGUA also works with and walks alongside the many women who are experiencing this violence and harassment, CONAVIGUA works with them to understand their rights. In recent years CONAVIGUA has worked with groups of women who are survivors of violence in areas like Aldea Patzaj, San Juan Comalapa, and Aldea Pachay las Lomas San Martín Jilotepeque. In addition to this physical and social support for women, CONAVIGUA has also held training and workshops for young men and women on the dangers and destructiveness of sexism, racism, and discrimination.

To give an example of the work CONAVIGUA does recovering remains of the disappeared, Rosalina described the work CONAVIGUA has done, uncovering one particular mass grave of 500 bodies, all of which were burned with no identifying information. CONAVIGUA was able to identify 226 of these remains. Those identified were returned to their families and given a proper burial. Rosalina expressed that a core belief of CONAVIGUA is that all of these bodies deserve dignity. Recently CONAVIGUA has held seven burials with the families of victims. These burials took place in San Juan Cotzal, Panicuy Village, San Juan Comalapa, Paquixic Village, San Juan Comalapa, the municipal capital of Comalapa, Departmental head of Chimaltenango, Xiquinjuyú Village, Tecpán. Before each one of these burials, CONAVIGUA carries out a process with the family members consisting of home visits, social and spiritual care, and meetings to determine how to best support the families of victims.

A story CONAVIGUA shared recently of one family they assisted through the burial processes: 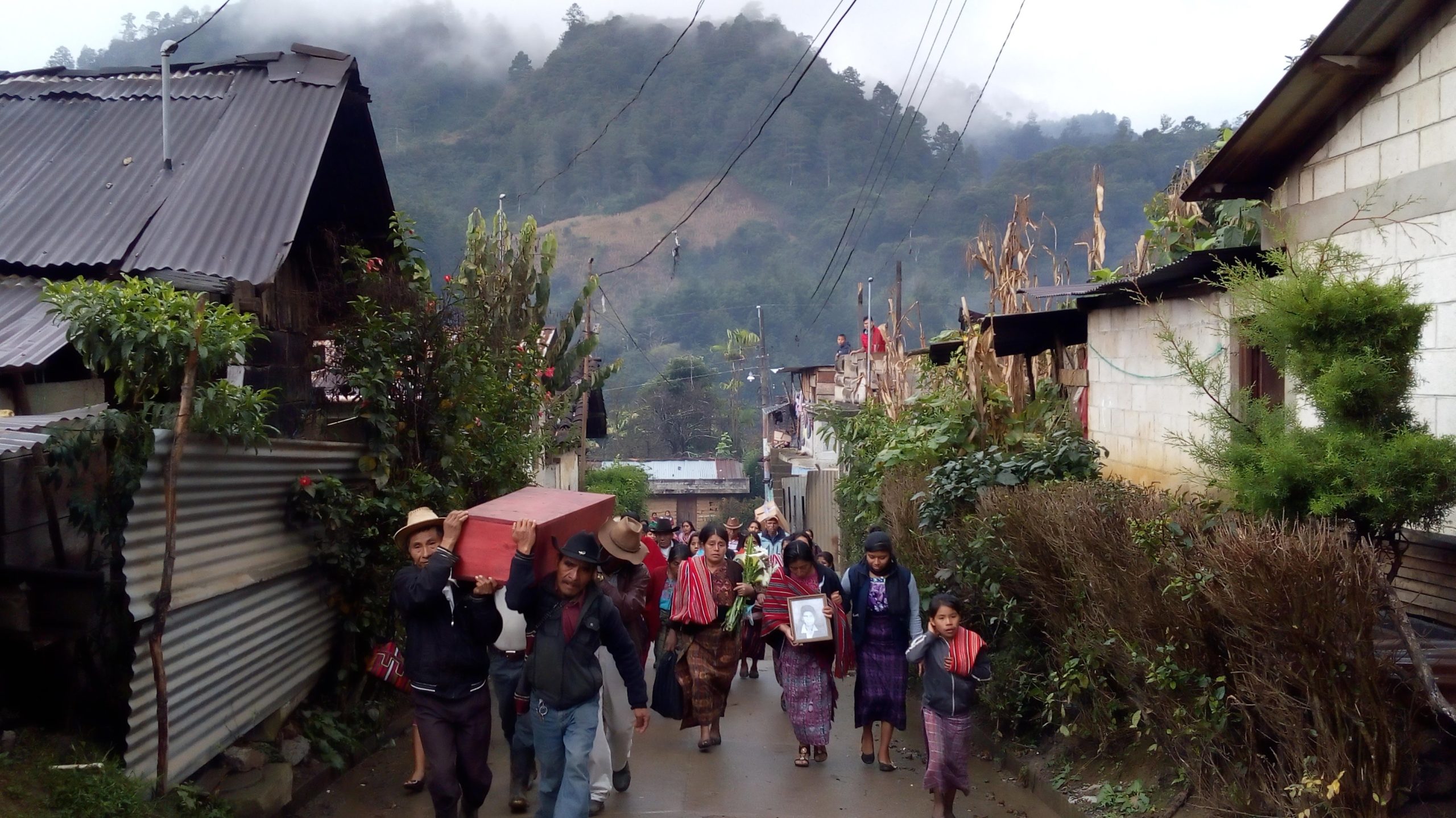 One son recounted, I was in school when a group of men (Army) came to take away my Dad by force and from that day we never saw him again, for my mother it was very difficult, and we now all come together for his return and his dignified burial. Several meetings were held to provide the family with information on the process that involves the return of a loved one who was at the Forensic Anthropology Foundation of Guatemala – FAFG – for their identification by DNA. The daughters of the victim comment that their mother, who has passed, would be very happy and at the same time sad to know that they are going to see his body and have closure. We thought we were never going to know what happened to him but now we know that his life was cowardly taken away, he was a family man, he worked in the field he didn’t hurt anyone but they didn’t care and they took him away. For his fathers burial, the youngest son who had never meet him because his mother was pregnant when he was taken away, returned from Canada upon hearing of the burial. He said, although I will no longer be able to hug him, I am here to say goodbye to my father. He has had the opportunity to speak with his family who thanks the accompaniment provided by CONAVIGUA, and comments that his family is happy, “ we feel sadness and joy, but we are calm because now he is buried next to our mother, they are together as she wanted, we managed to fulfill her wish and we are calm, now we can visit and we know that Mom is happy because he has come back. 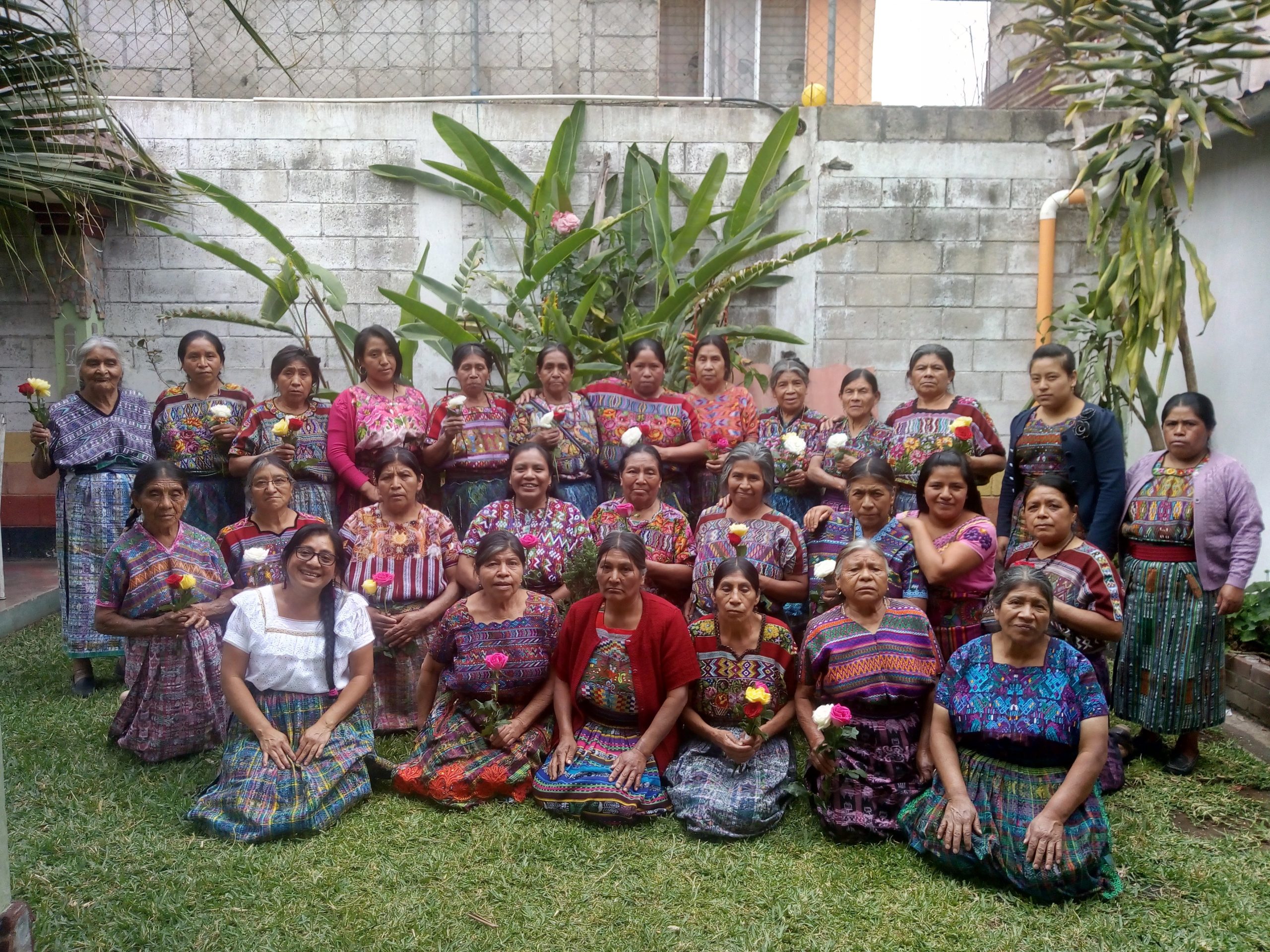 Finally, Rosalina described work CONAVIGUA has been doing around food sovereignty. She described this work as being informed by the women’s indigenous culture and beliefs. The women embrace growing food as a way to collaborate with mother earth and also as a way to empower women, through training them to grow their own food.

Read more about the work of CONAVIGUA here.