WCC NEWS: Sabbah: “The only remaining hope is in the churches’ prophetic voice and action”

Speaking in the Holy Land at a “Consultation on 50 Years of Occupation and the Ecumenical Response,” World Council of Churches (WCC) general secretary Rev. Dr Olav Fykse Tveit said the best way to mark the tragedy of 50 years of occupation is to listen carefully to those witnesses of hope who live under occupation and who experience its grave consequences in their daily lives.

“No people should experience occupation,” said Tveit. “No people should be denied the right to real self-determination. No state should constantly, for 50 years, violate the human rights of another people.” 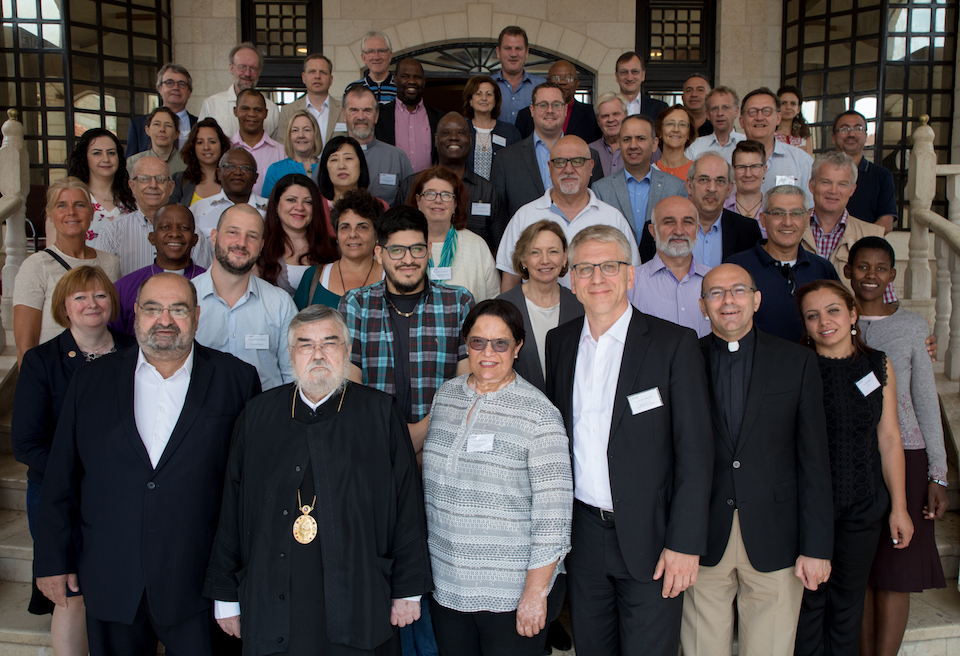 Fifty years of occupation are a part of world history that the world should be ashamed of, Tveit continued. “Yet it is never too late to end occupation. It is possible to change a tragedy created by human actions into a situation of hope.”

In his opening remarks, Catholic Patriarch Emeritus Michel Sabbah said, “All Israelis and all Palestinians, all believers in the holiness of this land, ask, will this land remain a land of death for ever, instead of being what it is, what God called it for, to be a land of promises, of "milk and honey," a land of the resurrection?”

Sabbah concluded, “Educate your peoples and your political leaders.”

It is impossible to defend this occupation morally, or even politically, Tveit said in his presentation. “Occupation is the door to so much that has to be named: discrimination, oppression, harassments, reducing the freedom of movement of others, stealing the hope and future of the next generations, leading others to desperation and desperate actions, siege and blockade, extrajudicial killings, arrests and assassinations of political leaders of another people, collective punishment of families and communities, bulldozers demolishing houses, land grabbing, annexation of the land of others, confiscation of land and private properties, colonization.”

The consultation, held 20-22 June, gave participants an opportunity to hear testimonies from church leaders, youth, women, children and others about living under occupation today. Academic experts and government officials spoke as well. Bible studies and advocacy strategy sessions were also part of the three-day event.

In an open letter to the WCC and those involved in the ecumenical movement, the National Coalition of Christian Organizations in Palestine described the state of injustice in the Holy Land and issued recommendations for churches worldwide that could potentially bring justice and peace to Palestine and Israel.

The cloud of witnesses to hope, Introduction to the Bethlehem Consultation on 50 Years of Occupation, by Rev. Dr Olav Fykse Tveit