In a city of many significant staircases, the Spanish Steps represent one of the best known.  Sweeping grandly down from the church of Santissima Trinità dei Monti to Bernini’s Barcaccia fountain, this has been a place of transit and meeting since the eighteenth century. 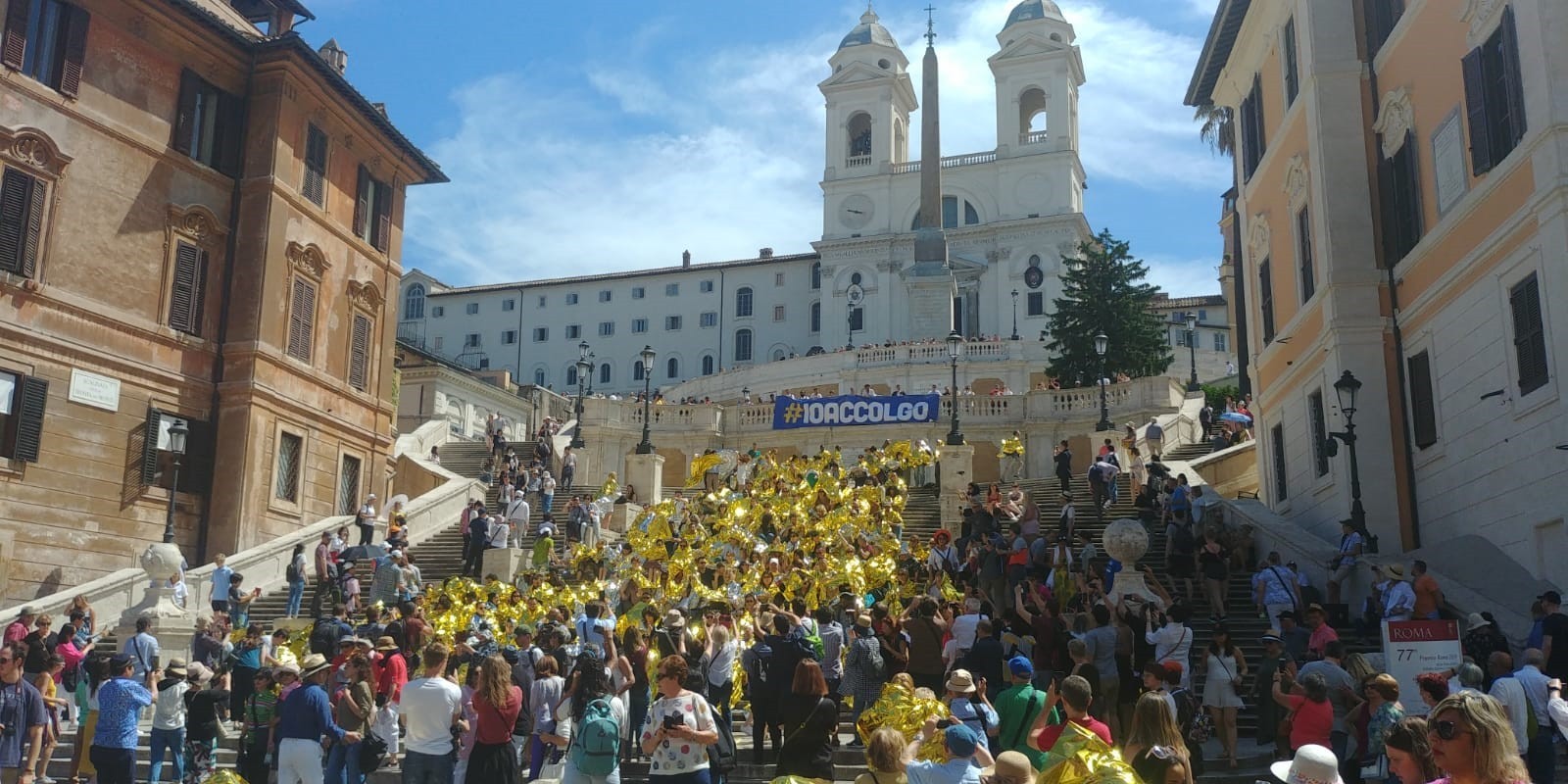 Churchgoers, tourists and those hoping to be noticed and used as artists’ models have all frequented the staircase.  At this time of year, the staircase is daily packed with people, often chasing the perfect photograph.

Last Thursday, tourists and journalists alike were treated to something rather unexpected. At 11.00am a flashmob, discreetly interspersed with tourists on the Steps, silently stood up and waved gold thermal covers at those in the square.  Others at the fountain floated tiny gold boats made from the covers in the Barcaccia.

The banner unfurled midway up the steps read “#ioaccolgo” (“I welcome”).  Anyone checking the hashtag trending on Twitter would learn that this was not simply an 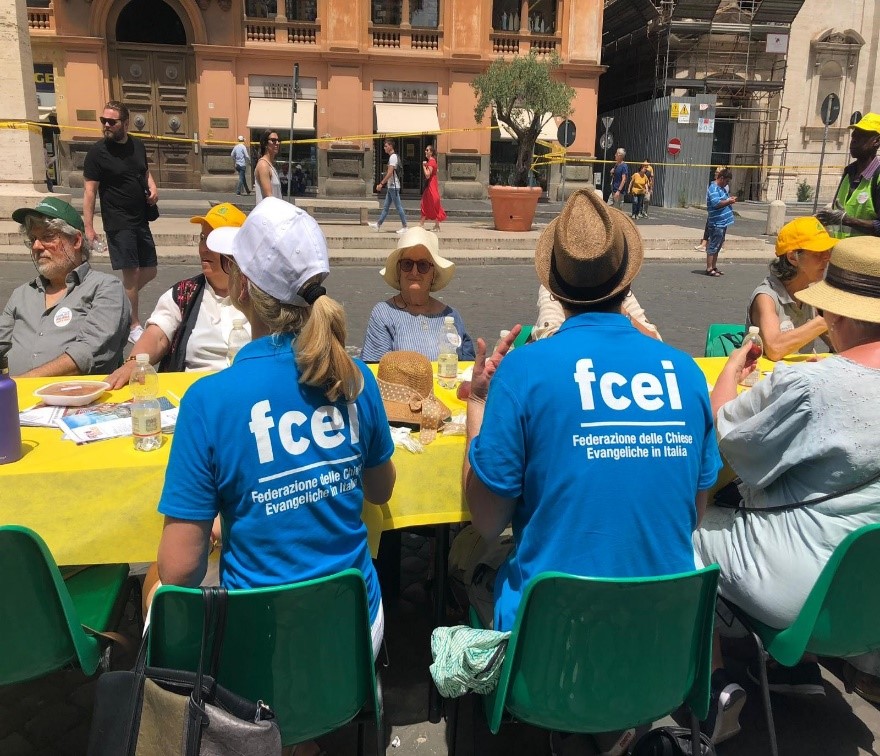 isolated affirmation but the launch of a campaign involving over forty Italian and international organisations, amongst which the Federation of Protestant Churches in Italy, to which the Mediterranean Hope project belongs.  The campaign seeks to highlight “that part of the country which does not want to surrender to the barbarism of a world built on hatred and fear, which believes in the principles of the Constitution and in equal rights for all”.

The gold thermal covers waved by those on the Spanish Steps and turned into boats provided visual links with the search and rescue (SAR) operations which have been all but halted in the Mediterranean Sea.  As I write, 43 souls rescued by Sea-Watch on 12th June remain stuck aboard a rescue vessel alongside the coast of Lampedusa, ten of their number, being pregnant or seriously ill, having been permitted to disembark.  The entry into force last week of the second so-called “Security Law” now exposes those engaged in SAR work to immediate fines of EUR 50,000 should passengers be transported to Italy for disembarkation.  Sea-Watch, a charity, is having to re-think its strategy in the light of this development.  Meantime, those aboard remain in limbo. 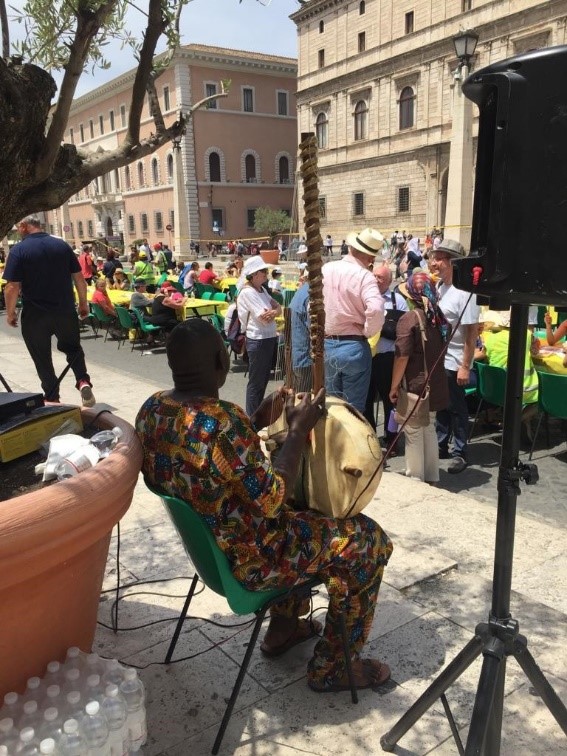 Two days after the launch of #ioaccolgo, another group gathered in Via Della Conciliazione, the long avenue which leads up to St Peter’s Square and the Basilica.  The “Table Without Walls” event brought together around eight hundred ordinary folk from diverse backgrounds, different faiths and none to eat at tables set up the length of the street.  As the hot summer sun blazed above, those present celebrated diversity and inclusion.

Fiona Kendall serves with Mediterranean Hope, Italy. Mission Co-Worker appointments are made possible by your gifts to Disciples Mission Fund, Our Church’s Wider Mission, and your special gifts.