World Communion Sunday from The Congo 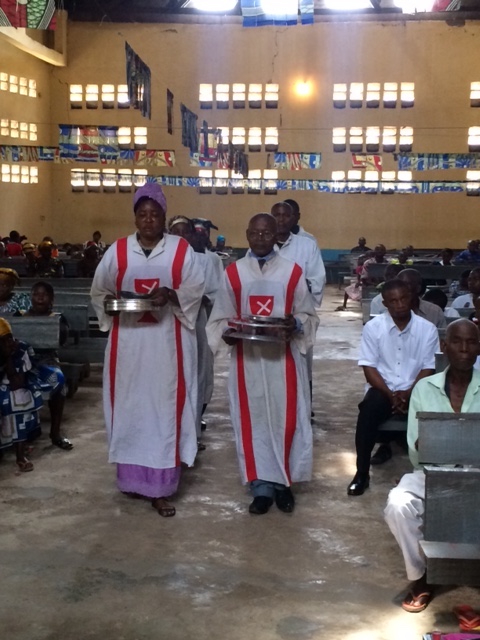 It’s been said that churches within The Christian Church (Disciples of Christ) don’t have an altar, instead we have a table. That makes sense when one considers that an altar is a place for sacrifices. Jesus was the ultimate and final sacrifice, as John the Baptist proclaimed, “Behold! the Lamb of God who takes away the sin of the world!” (John 1:29). When Jesus instituted his meal, he asked his disciples to remember him, all of him…his life, teachings, works and saving act on the cross. At the Apostle Paul’s urging the early church made communion a sacred tradition. In 1811 at Brush Run, Communion became a central element of worship and a distinct tradition of Disciples. It is a tradition embodied in our denominational symbol – the red chalice (1). 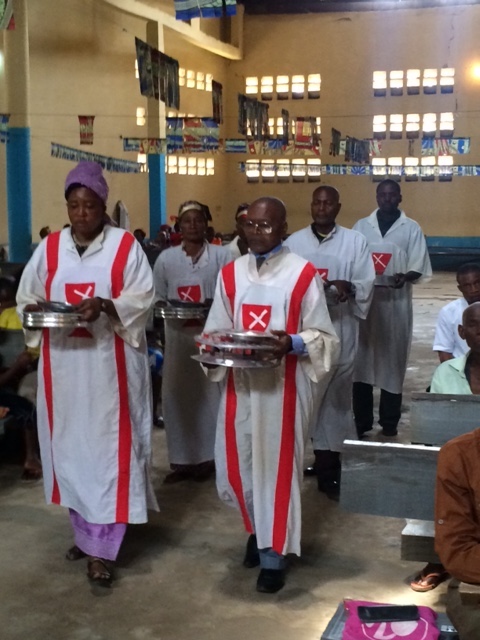 The red chalice symbol is ubiquitous in the Equateur Province of DR Congo, where the Communaute Des Disciples du Christ Au Congo (CDCC) also practices the Disciple tradition of communion each first day of the week. For Congolese Disciples, the fellowship and breaking of bread has cultural and spiritual significance. It is foremost an expression of unity in the faith, recalling a shared experience of baptism, and a prerequisite for receiving the emblems. Communion also complements the cultural practice of sharing a meal in community, wherein each person is afforded a satisfactory portion.

In most parts of Equateur Province, preparation for communion 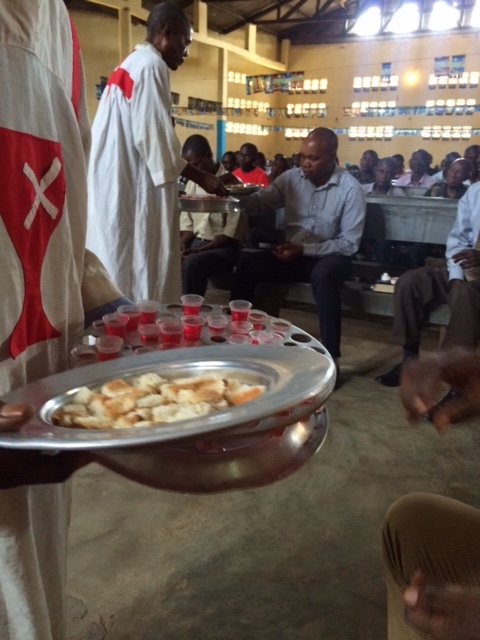 does not involve wine or grape juice because it’s not always available, and it is difficult to store given the climate. A widely available soft drink called Vitalo is commonly used as the emblem for Christ’s blood because of its red color. The emphasis is placed more on the red color resembling blood than a drink originating from grapes, or “the fruit of the vine”, which is not commonly cultivated in Equateur Province. Vitalo is not always available in remote areas, so the local churches there must improvise. They use crushed spinach seeds mixed into water to turn it red. A little sugar is then added to sweeten the taste. Bread is used as the emblem for Christ’s body, but also biscuits or sugar cookies are a substitute when bread is scarce. 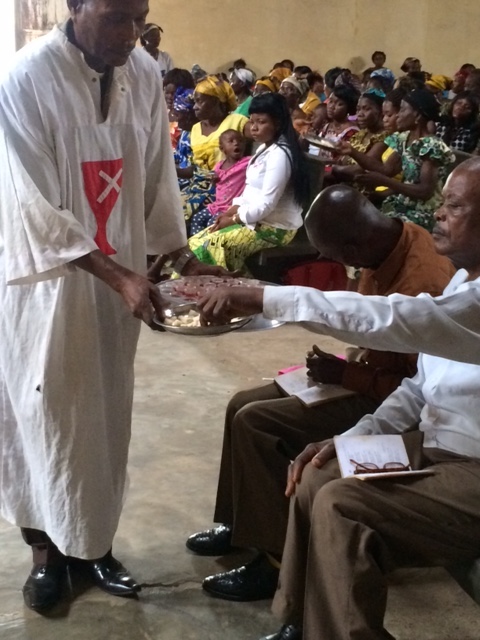 CDCC churches celebrate communion in the same manner as other churches, with solemn reverence. The church doors are closed and candles are lit to provide atmosphere appropriate for reflection. Instruments and drums are silent during communion. The only sounds are raised voices singing familiar communion hymns.

World Communion Sunday is an acknowledgement that the whole of Christianity practices communion in some form or fashion. While the emblems, look of the tables and certain customs may vary around the world, we all come to share in this meal as important tenant of our faith. World Communion Sunday is an opportunity, and a reminder, to bring what we love about sharing the Lord’s meal to the world, that sense of unity, presence, peace and community. May we always seek to bring these elements to the world in remembrance of Jesus.

Paul Turner serves with the Disciples of Christ in the Congo as a project consultant. His appointment is made possible by your gifts to Disciples Mission Fund, Our Church’s Wider Mission, WOC, OGHS and your special gifts.