Its area of ministries is particularly centered at Kalumpang, Bonehau and Leling and other areas in the Mamuju regency and North Mamuju Regency (West Sulawesi Province). It comprises 91 congregations and two congregations in Makassar (capital of the South Sulawesi Province). The total number of church member is 18.000. The spread of congregations shows that GKSB is a church with rural/agricultural background. There are only three congregations found in the city: one in Mamuju (Capital of the Mamuju regency) and two in Makassar (capital of the South Sulawesi Province). As a church institution, GKSB’s internal condition is still very weak. There are only 43 pastors with the following level of education: Nineteen Bachelor of Divinity, one Bachelor of Arts in theology, and twenty-three with 3-6 month theological courses background. There are also eighty-one parish teachers (guru jemaat) with primary and secondary school level of education. The pattern and style of leadership is still very simple. In this kind of conditions, GKSB is carrying out a very challenging task. A concrete, well planned, and integrated step is needed to empower this church, in order to enable her to better implement a calling task. 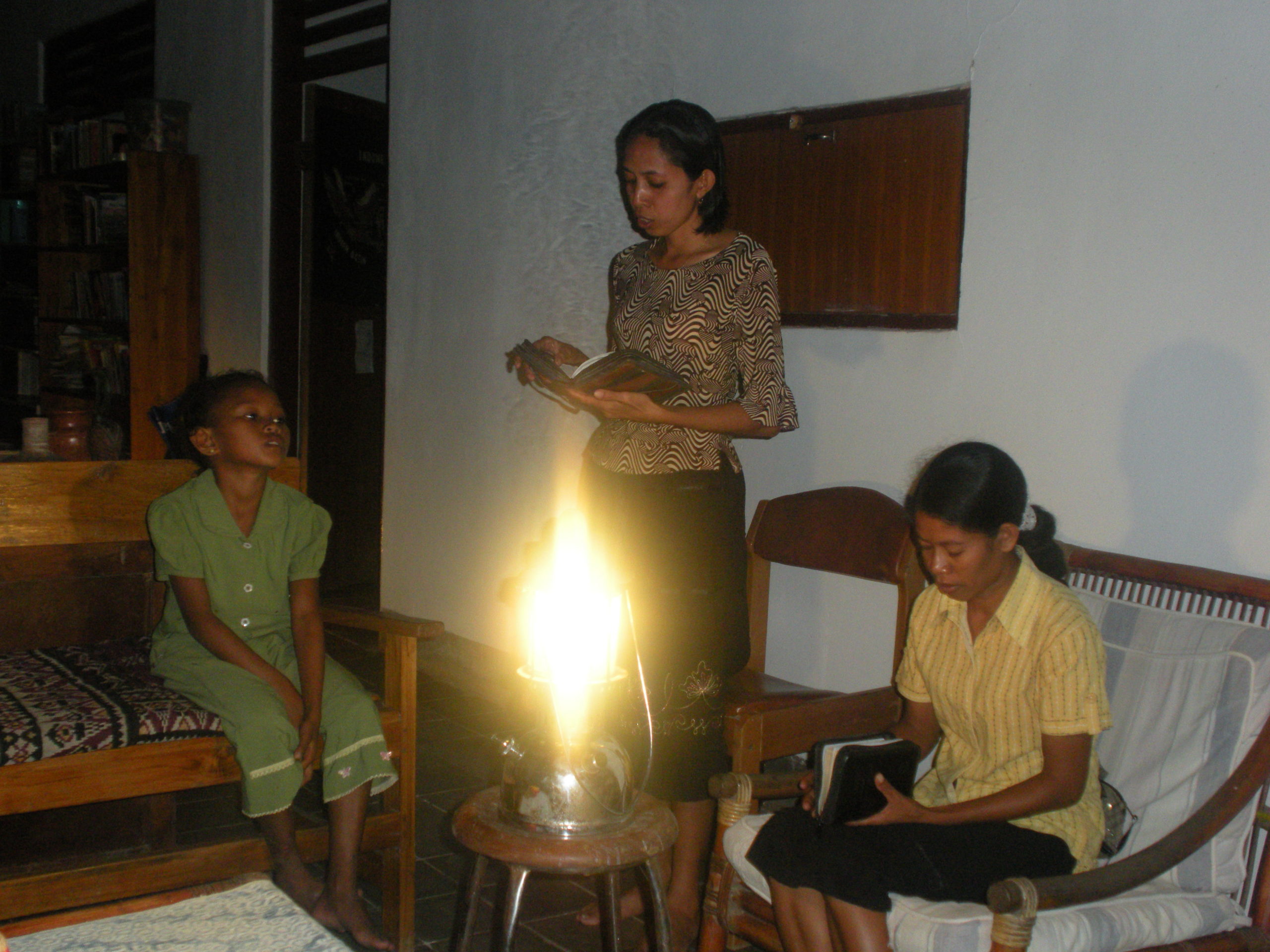 Kalumpang, Bonehau and Leling are three backward areas to other areas in the Province of West Sulawesi. They are located in very remote areas. During the social and political upheaval by the rebellion of groups after 1953, for about ten years the people in their two areas had gone through very heavy oppression. Thousands of people were evacuated in their flight to escape from Kahar Muzakar and his followers who forced their religion on the people in the areas conquered. In other words, the areas of Kalumpang, Bonehau and Leling had been abandoned for more than a decade. Even after that period, these three areas are still “forgotten”. As an example, while other sub districts around them already enjoyed rural electrification, these two areas are still cannot be reached by any vehicle. The roads are in very bad condition. The level of educations in these two areas are still very low (the highest in primary school and a small group manage to reach secondary school). Although there are 35 primary school and 5 secondary school in Kalumpang and Leling, educational facilities are not adequate, very limited and in bad condition.

Although Kalumpang, Bonehau and Leling have sufficient natural resources (for agriculture, animal husbandry, etc) the people are still unable to process and develop their natural wealth due to their limitations. Even today they still work their soil by moving from place to place. It is obvious that in that conditions the people in those areas will be more and more left behind from the progress of development in today’s modern century. In other words, construction and upgrading of skills to process and making efficient use of the natural resources more intensively are very much needed. General description of the social economics conditions of the people in Kalumpang, Bonehau and Leling as mentioned above, is a reality indicates that these areas are still facing heavy tasks to free themselves from the fact of having fallen behinds.

As a church that comes out of that sub-ethnic community and society, GKSB is apparently very much responsible and called to carry out that great task that is based on the motivation and calling task of the Christian faith (cf. Luke 4:18-20).