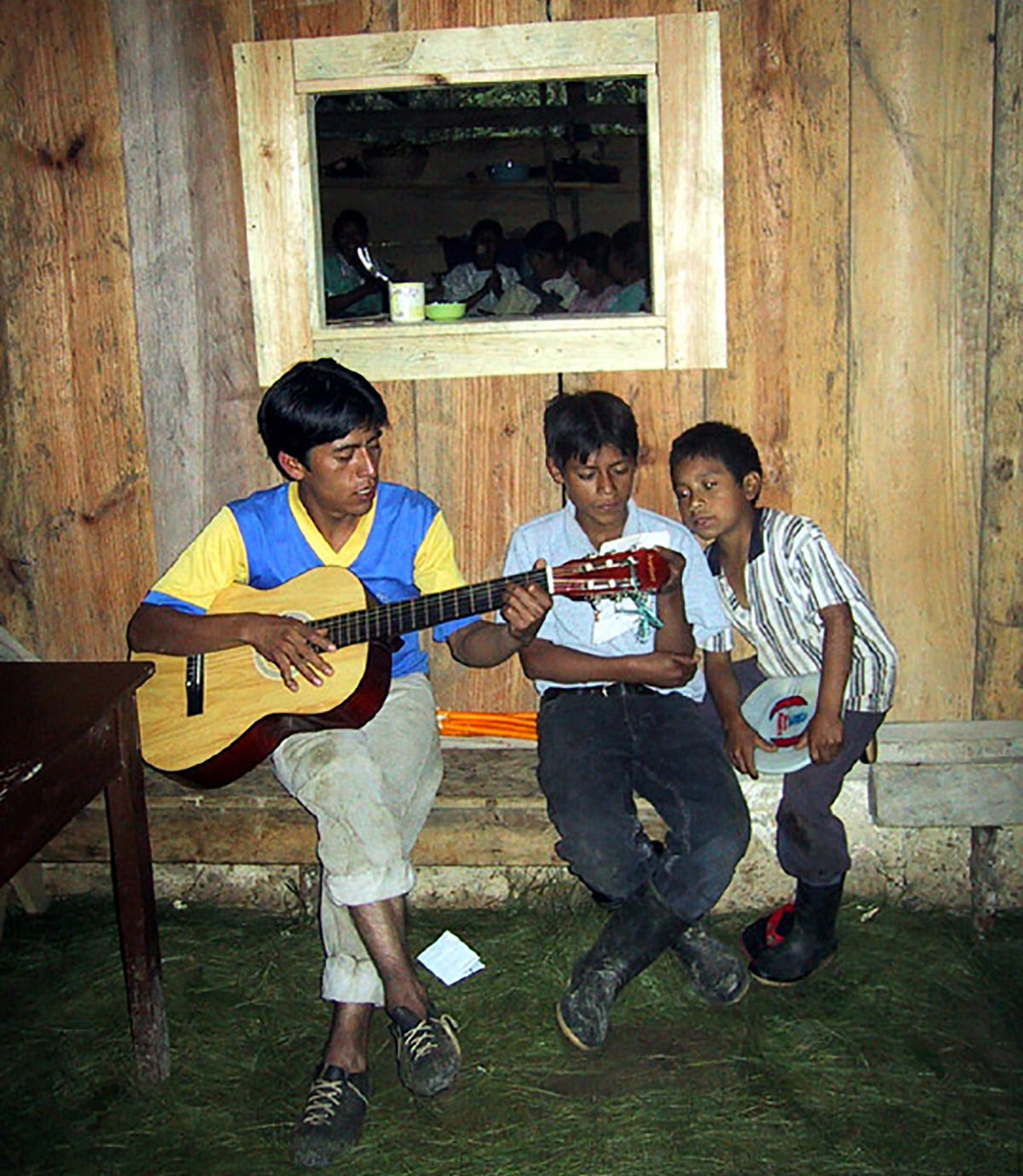 Some think that in 2020 the only thing that happened was the pandemic that hit the world. Still, in that year that has just ended, Yahweh, the universal judge, showed his power from which we cannot escape. In Chile, the repressive forces left many people blind. However, the people’s determination in the streets inspired the congressmen to approve the rewriting of a new constitution that would destroy the Pinochet dictatorship’s remnants. In Bolivia, the people overthrew the coup leaders of the Evo Morales’ government at the polls. Venezuela was not invaded, nor was Nicaragua defeated, despite distortion from the media. All this, and the strength of black and white in the United States, standing up in defense of humanity against racist minorities, are testimonies to the presence of the just God who triumphs over the wicked.

Let us raise our voice to the Creator in these times of need in Guatemala.

Sovereign God, we need your accompaniment as we commit to your redemptive plan in the arena of life. Let us be, along with your colleagues in mission, an instrument in Your Hands. You know everything, You see everything, and we are sure that You will cover us in your redemptive mystery.

In Jesus Christ, we pray. AMEN.

Psalm 139: 1-6, 13-18 is the prayer of the accused who were preparing to listen to the judge’s decision. God’s gaze penetrates to the innermost soul. It is not possible to flee from it since birth. It accompanies one everywhere. Even if we wanted to, we could not escape God’s presence. If we do wrong, God is there to defend the right; if we offend, God will not give absolution until justice is restored. God sees everything.

How hopeful this message is for the world today!

In Guatemala, aware of alleged corruption, people exercised their constitutional right to protest and express their opposition to the approved 2021 federal budget. They were angry that the amount needed to combat malnutrition had been reduced while deputies increased their meal allowances. Additionally, public healthcare funds were decreased in the middle of a pandemic. Alarmed, that funding was slashed by half for the Judicial Forum, the independent agency that holds the government accountable. Such accountability is fundamental to any good democracy because it separates the powers, with mutual regulation, and protects the people’s will and interests. The people were concerned that loans to aid people financially stressed by the pandemic have not been forthcoming to the targeted population. Furthermore, the loan recipients are unknown, speculating that there has been fraud committed by various government ministers. The approved budget grants these government ministries a considerable sum of unspecified funds for projects.

I was a firsthand witness to the demonstration. “Centinelas por la Dignificación del Estado” (“Sentinels for the Dignification of the State“), an interfaith organization directed by former coordinators of the Ecumenical Christian Council of Guatemala, invited me to join them.

They identified a time and place to meet, but I arrived an hour later than the scheduled time due to other pressing commitments. I could not locate my colleagues; I searched for them among the crowds in the central square, but I could not find them. So, I stood at the north end of the square to observe the protest. Adjacent to my location, on the same 8th street and 8th avenue, state security forces were firing tear gas canisters.

A young man saw me standing there with tear-filled eyes, and told me to leave, to not remain there. He took me by the arm, and together we ran towards 6th Ave. He offered me his mask, “Put it on. This is gas-proof.” I chose not to take it from him. “Cover yourself well with your mask.” When we arrived at 6th and 9th streets, he asked me: “Do you have a place to take refuge?” I replied, I did, so he left me there.

On that day, the armed state security forces, with a degree of repression seen only in wartime, violently arrested more than 43 people—most of them young (such as the noble young man who protected me), without helmets, without weapons, no shields, no clubs.

Although the government wanted to discredit the people’s legitimate condemnation, it could not; the ruling class’s filth came to light worldwide. We cannot flee from God’s judgment.

Global Ministries Mission Co-worker in Guatemala:
Ricardo Mayol serves with the Ecumenical Christian Council of Guatemala (CECG). His appointment is made possible by your gifts to Disciples Mission Fund, Our Church’s Wider Mission, and your special gifts.

Make a gift that supports the work of Ricardo Mayol