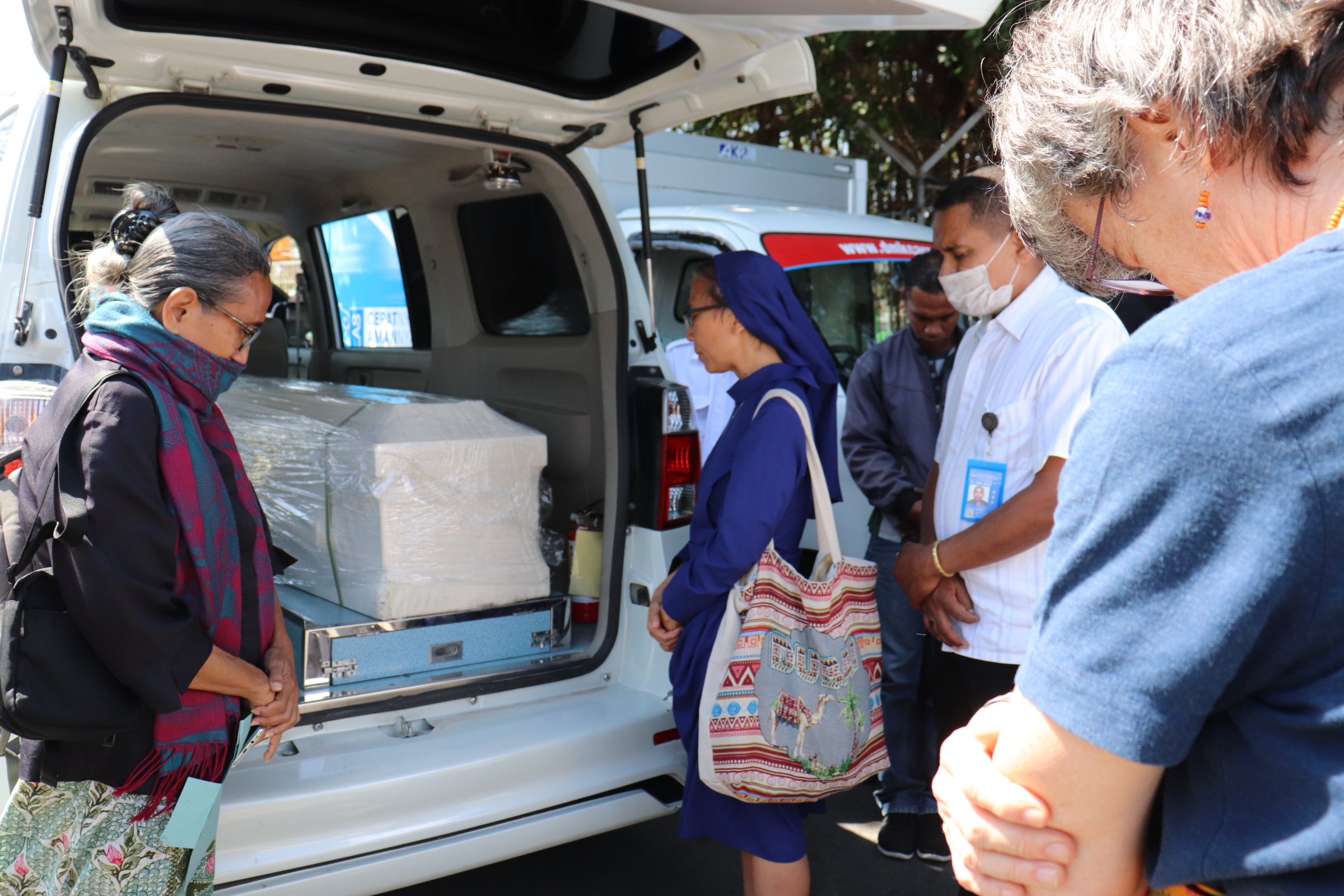 As we walked out of the airport we were met by Global Ministries Mission Co-worker, Karen Campbell Nelson, who, along with her husband John, has been serving in Timor, Indonesia for over 20 years. Karen met us with her colleague Emil from the Evangelical Church of West Timor also known as GMIT. After greeting one another we were told there was a group of pastors and nuns waiting for us in the cargo area.

We learned that a casket was on our flight from Bali. This was the 83rd casket that had arrived within the past few months from Malaysia and the surrounding islands. The young man who was deceased was 26 years old and was violently taken from this world. It had taken over two months for his body to be identified and for financial resources to be met for his remains to be brought back home.

We prayed for this young man with church leaders from the region. Most of us realize that human trafficking and migration are very dangerous. Timor, Indonesia is now beginning to make significant efforts to educate people in rural areas who are at a higher risk of being trafficked or lured to migration.

In East Timor, people who live in rural areas are prone to fall victim to trafficking or migration. They are sent to Indonesia and other countries for domestic servitude and agricultural labor. East Timorese people are led to believe that migrating promises a better opportunity for employment. While migrating can offer more and better employment opportunities, the risks associated with migration make this a dangerous choice.

I witnessed how human trafficking was impacting so many people, from the people who leave their homes, their children, their extended families, and even church communities. There are grandparents now being forced to raise their grandchildren. There are broken marriages. There are financial strains. Most families still aren’t sent enough resources from loved-ones who migrated to pay for their children’s education and other necessities.

Through education and resources, GMIT is helping pastors in local communities to educate its congregations about the risks of migrating illegally and the signs of potential trafficking. GMIT hopes to encourage people who want to migrate to do it legally so they are less susceptible to human trafficking. GMIT is also providing income-producing avenues to people who have migrated or are thinking of migrating.

Learn more about the work of the Evangelical Church of West Timor (GMIT) here.