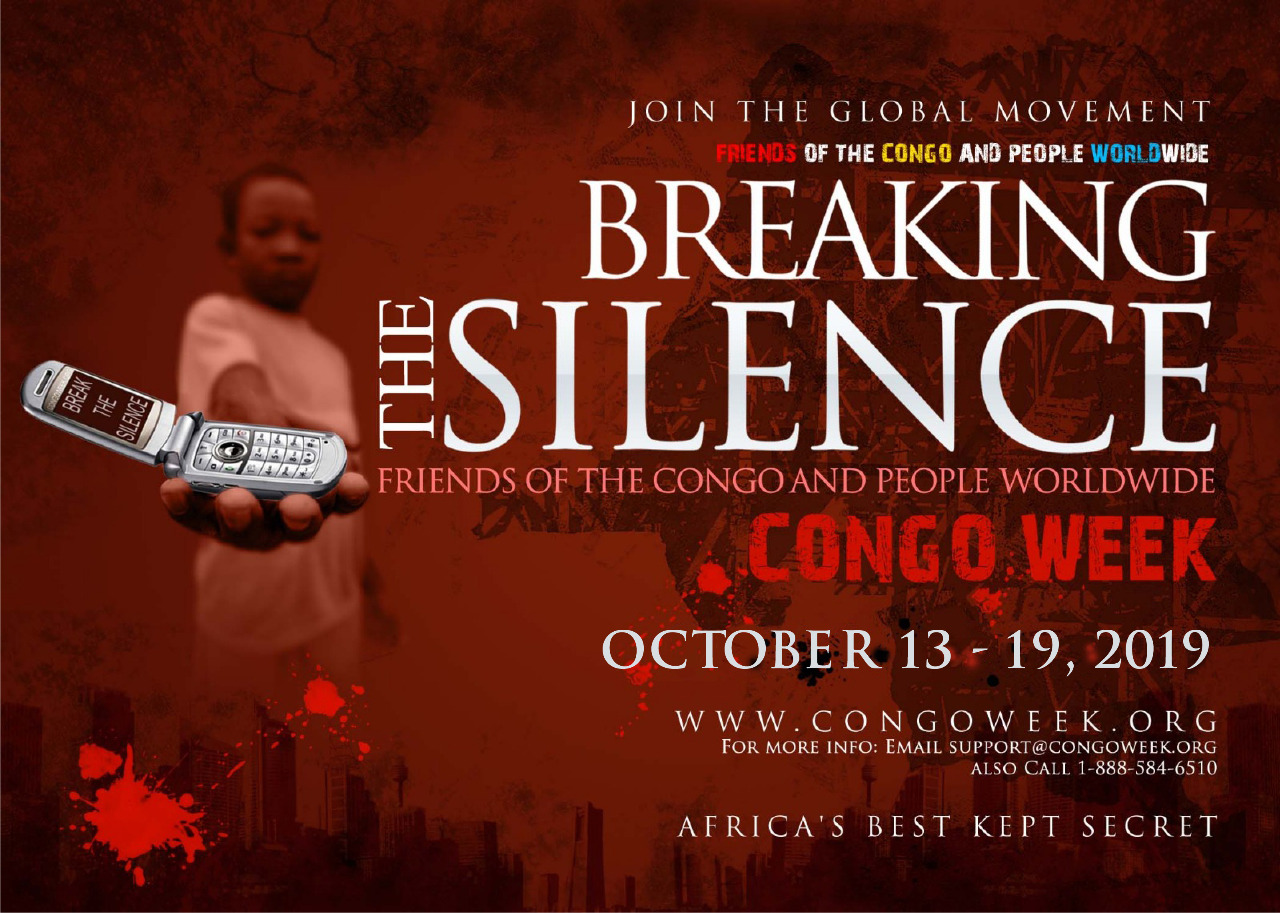 Breaking the Silence: Congo Week is an opportunity to raise awareness about the devastating legacy of conflict in the Congo and mobilize support on behalf of the people of the Congo.

Paul wrote in I Corinthians 12:26, "If one member suffers, all suffer together with it; if one member is honored, all rejoice together with it." Global Ministries, as a member of the Body of Christ, suffers today because of injustice and exploitation of our sisters and brothers in the Democratic Republic of Congo. We are committed as members of the Body of Christ to break the silence, stop the pillaging, promote justice, defend women and children, protect the environment and support Congo.

This Congo Week Resource Guide contains prayers, worship resources, educational materials, and opportunities for advocacy that can be used in your congregation along with additional resources below.

What Can I Do?

Background: The Crisis over Conflict Minerals in the DRC

The Congo is the greatest humanitarian crisis in the world today where nearly 6 million people have died since 1996, half of them children under 5 yrs old and hundreds of thousands of women have been raped all as a result of the scramble for Congo's wealth. The United Nations said it is the deadliest conflict in the world since World War II.

The conflict for control of minerals and other natural resources has caused much of the violence in the Congo. The Democratic Republic of Congo (DRC) is the most mineral resource rich country in the world. Many of its minerals, like coltan, are essential to high-tech industries. Yet despite the Congo's valuable natural resources, 80% of the population survives on $.30 a day and 75% of the population is undernourished according to the UN. Further, there are an estimated 1.3 million displaced Congolese, and estimated 1.1 million are living with HIV/AIDS, and close to two-thirds of the population cannot afford conventional health care.

As a result of decades of civil war and ongoing unrest in the East of the country, the unstable situation has led to systemic humanitarian needs and ongoing human rights violations. With little control over much of Eastern Congo, the country’s vast natural wealth is systematically exploited both by neighboring countries and international corporations from the outside, and corrupt elites and violent insurgents from the inside. In addition to high death rates, the war has lead to the use of child soldiers, child slavery in mines, a rise in HIV/AIDS, the mass displacement of peoples, and the widespread use of rape as a weapon of war. In one province alone, the United Nations has estimated that 45,000 women were raped in the last year.

To promote peace in the Congo, in August 2012 the US Securities and Exchange Commission approved new rules requiring companies to verify that the minerals used in their products are “conflict-free” – meaning they don’t help finance the ongoing violence in places like the Democratic Republic of the Congo.

Peace in the Congo is key to regional peace and stability as well. In February 2013, various parties in the African Great Lakes region signed the “Peace, Security, and Cooperation Framework”—an initiative that increases international support and regional buy-in into a sustainable peace between the Congo and its neighbors. The Cooperation Framework includes strengthening and reforming government accountability inside the Congo and among its neighbors and the international community.

It is in the United States’ interest to promote lasting peace and stability in the region, founded on respect for human rights, popular sovereignty, and accountable governance. For the Cooperation Framework in Africa to succeed it needs robust U.S. support.