How would you describe the mission of our partner in Japan?

I work with the United Church of Christ in Japan. The most important fact about the church in Japan is that it is a minority church. Only one percent of the population is Christian. This means that the dominant culture does not understand you, does not want you to be different, and many times dictates behavior in such a way to disallow for diversity of opinions. In this environment, the church is one of many sub-cultures that is discriminated against because it goes against the norms.

I have been working for the past 22 years with the church (the Kyodan). Now I will be working at Kwansei Gakuin University. Speaking out about peace and justice concerns (ex. For victims of radiation in Fukushima), promoting a culture of inclusion and tolerance (ex. Being an advocate for minorities in Japan), and speaking out against Japanese nationalism (ex. Questioning policies that promote a revisionist understanding of Japan’s history), are all prophetic roles that the Christian church plays.

I will be working as chaplain at the university, responsible for organizing programs on campus which instill in young hearts the Christian spirit of the university. At the same time I will be involved with social concerns beyond the walls of the campus, so that the Christian university can have a role and voice in the wider society.

The church in Japan is concerned about passing on the Christian faith to younger generations. At the same time it is concerned with serving society. Through education, the university will aim to teach young people the value of loving God and neighbor. Even as a small minority community, the church can make a difference by being the salt of the earth, and by influencing society.

My parents were UCC missionaries, and I went to Japan when I was two years old. My faith was nurtured in the church in Japan, and I wanted to work with the church in Japan in some capacity. My first assignment to Japan was to serve a congregation with four members. This experience transformed my life and my values. I came to see myself in a radically new way: as serving the small community of believers. I realized how God can make big things happen out of the small and weak.

Matthew 5:13  “You are the salt of the earth” - It reminds me that Jesus was mindful that his followers were a minority of people.

Luke 24:13-35  “Were not our hearts burning within us while he was talking to us on the road.” - This Emmaus Story became our story as we responded to the disaster of March 2011.

Micah 6: 8 “What does the Lord require of you but to do justice, love kindness and to walk humbly with your God.” - The Japanese church has a history of speaking out for justice. Rural evangelism in Japan has always taken seriously the dignity of those who work the soil. Coming in touch with rural Christians in Japan has taught me a great deal about humility.

What are some of the challenges facing the church in Japan?

What lesson have you learned working with UCC-Japan that you would like to share with churches in the U.S.?

To find ways to be the church despite the small numbers.

What is a common phrase used in the local churches?

Shuno heiwa (Peace be with you)

I have shared a recipe for gyoza (pot stickers) as well as instructions for folding paper cranes, which are a symbol of peace. In Japan people fold a thousand cranes as a prayer for eternal peace. 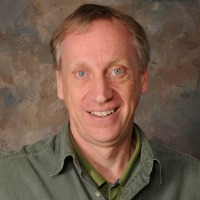