How would you describe the mission of our partner in Chiapas, México?

The Institute's mission is to "Contribute to the construction of peace in Chiapas through promotion of interreligious and intercultural dialogue.

We promote relationships based on peace, tolerance and respect between Christian denominations through inter-confessional dialogue and encounter in our courses and workshops.

We recognize our differences as we learn that we can work in harmony together to achieve common objectives such as promoting justice and working towards peace.

As the coordinator of the Retoños en las ruinas: esperanza en el trauma (Roots in the ruins: hope in trauma) program, which seeks to provide spiritual accompaniment to nourish hope and develop resilience in the midst of conflict and emotional trauma, I help train the Institute Staff in conflict transformation and holistic peace education as well as reach out to those affected by the September 2017 earthquakes in México.  I also coordinate the  Roots in the ruins: hope in trauma training courses for people who are seeking to become facilitators in other countries in Latin America through Global Ministries and the Institute's contacts.

I am called to lift up and honor the dignity that we all share as God's creation and to participate in the healing of all our relationships: with God, with ourselves, with others and with the natural world.

What are some of the challenges facing the people of Chiapas, our partner, or yourself?

1. Corruption on all levels: in government, business, education, health, law enforcement and military.

2.  The intertwining of government, business and organized crime.

4. Chiapas has the poorest municipalities in the country and now also areas hit by the September 2017 earthquakes.

5.  Big business coming in to snatch up lands for hydroelectric, mining and forestry projects.

6. A large population of first nation people who are landless and work for big land owners.

7. The government sees Chiapas as a "trouble spot" due to the 1994 Zapatista uprising and local communities that remain in resistance against the system they see as oppressive,  as well as the thousands of migrants who flood through the state from Central America on their way to the United States.  Chiapas is one of the most militarized zones of Mexico creating a wide variety of tensions.

1.  The economic challenges of the world in general and of Mexico and the United States in particular have affected the Institute's programs.  Under the current state of national a local corruption it is very difficult to receive money from national sources without selling out; hence, the Institute depends on international funding.

2. Many of the communities that the Institute works with are becoming more violent especially as special interest groups clash previous to the national election which will be in July 2018.  Organized crime is moving into areas where there is a vacuum of strong local leadership.

3.  The political and economic forces have used church members, either Catholic or the Protestant, to gain strength.  Religious violence simmers in many communities.

4.  In many communities, economic or educational opportunities for women and children, especially girls, are minimal.  Many girls do not finish the sixth grade as they are expected to work and then get married.  The Institute is helping to develop community gardens in these communities.

5. Spanish is not necessarily the first language of the people of Chiapas who, after so many years of dominance, still proudly speak their indigenous languages.  The Institute has people who speak these languages teaching and translating in the different activities.

1.  Maintaining a healthy balance of time for all the different needs.

2. Integrating to a new city and places of work and worship after 20 years in Chile.

3. Facing two major earthquakes, with all the aftershocks, while caring for myself.  Teaching others, while watching out for myself, about compassion fatigue and secondary trauma.

4.  Accompanying those who have participated in the Retoños en las ruinas courses in countries where there have been natural disasters.  This is hard to do from a distance.

México is still a naturally beautiful, culturally diverse, family oriented country that has so much to teach the people of the United States.  When the United States sneezes, México catches pneumonia.  Both countries are tied together in countless ways, both positive and negative.

It is well worth it for our churches in the United States to learn about the cultures, history, art, literature, and challenges of Mexico so as to become better neighbors, to understand the tensions between the United States and Mexico from multiple points of view,  and to counter the incessant flow of negative stories about Mexico in the media. The Mayan people say that we must learn to celebrate the light in our hearts but to also be realistic and brave in facing our shadows.  The shadows stretch across both sides of the border; the church must find new ways for the light to shine on both sides, too.

Which films that have influenced your understanding of your country, work, or theology? 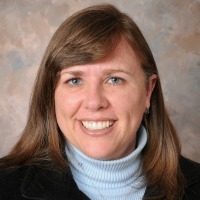 Elena Huegel serves with the Intercultural Research and Studies Institute (INESIN) in Mexico. Her appointment is made possible by your gifts to Disciples Mission Fund, Our Church’s Wider Mission, and your special gifts.

Make a gift that supports the work of Elena Huegel