Union of Armenian Evangelical Churches in the Near East

The Union of Armenian Evangelical Churches in the Near East respond to August 2020 Explosion in Beirut.

The Union of Armenian Evangelical Churches in the Near East was formed in 1924 as a consolidation of the Armenian Evangelical movement which began in the 1820’s.  It is comprised of 17 congregations rooted in the longer history of Armenian Christianity. Located in seven countries (Egypt, Greece, Iran, Lebanon, Syria, Turkey, and Australia), the congregations and institutions of the Union have persisted in mission and in presence through the Middle East’s political and social strife.

Armenians are especially proud that Armenia was the first country to adopt Christianity as the official state religion in 301 A.D. Having recently celebrated 1700 years of orthodox Christianity in Armenia, the Armenian churches are proud of their heritage and look forward to many more years of celebrating and responding to Jesus’ call. Through its many contributions of ministry and service in the Middle East, the Union upholds that call and is a steadfast presence and witness to Christ’s message of hope and reconciliation in a troubled region.  The Union’s headquarters is located in Beirut, Lebanon.

This church is an autonomous body comprised of congregations throughout Lebanon, Syria, Turkey, Egypt, Greece, Iran, and also Australia. It began in the 19th century as an indigenous reform movement within the Armenian Apostolic Church, and developed into an independent community in 1846 in Istanbul, and in subsequent decades registered a membership of 60,000 throughout the Ottoman empire. After the First World War, when the Armenian population was decimated and the remnant deported from its historic homeland in what is now Turkey, the Union was reorganized in Syria and Lebanon. The Union is composed of autonomous congregations. Its organizational pattern is a kind of modified congregationalism. The annual convention of the Union is the highest authority. The central committee of 12 members, elected at the convention, acts as an administrative body supervising and coordinating the activities of the member churches and church-related institutions.

From its inception, the Armenian Evangelical Church has stressed the importance of education. It now operates 23 schools and four high schools and owns the only university in the Armenian diaspora: Haigazian University, with an enrolment of 650 students. It operates four conference centres in Syria, Lebanon, Iran and Turkey. Together with the Arabic-speaking Evangelical churches, the Union owns and operates a secondary school in Aleppo and the Near East School of Theology in Beirut (the latter also supported by foreign missionary agencies).

With the Armenian Orthodox and Armenian Catholic Catholicosates it operates the old people’s homes in Aleppo and Beirut, and a sanatorium in Lebanon.

At its 11th General Assembly, meeting in Karlsruhe, Germany, the World Council of Churches has... 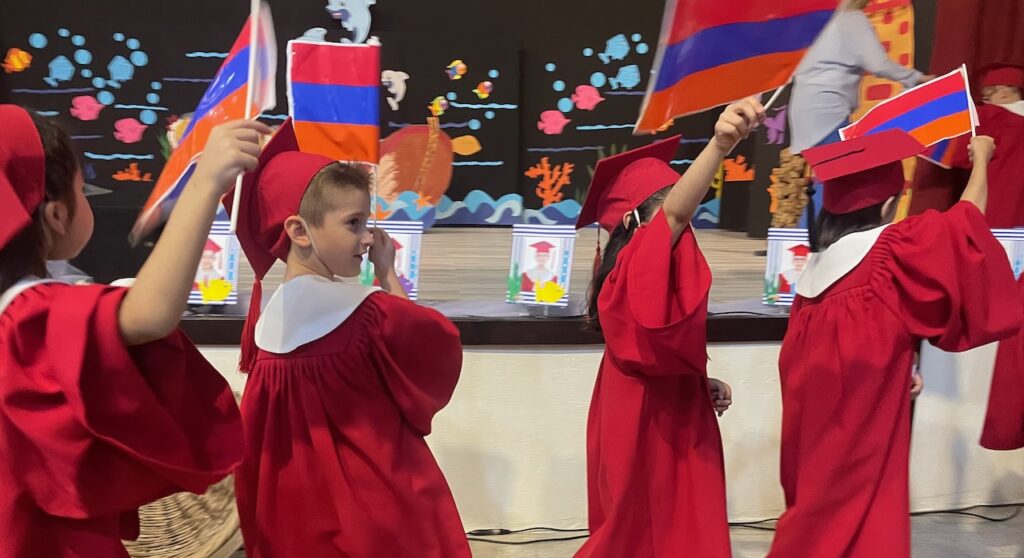 A teacher in an Armenian Evangelical school here in Beirut was leading a discussion on human... 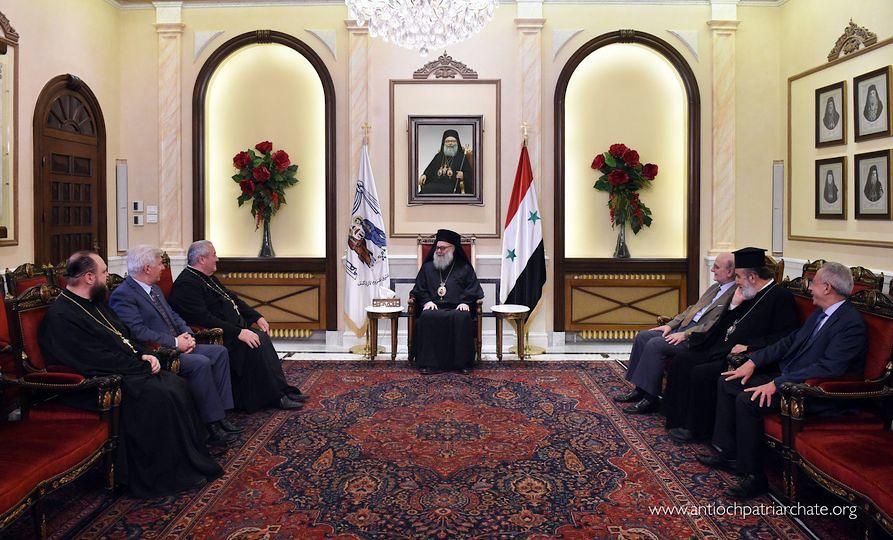 WCC delegation visits Syria, expresses solidarity with those who “remain steadfast in their land”

A delegation from the World Council of Churches (WCC) visited Syria for the first time since 2008,...