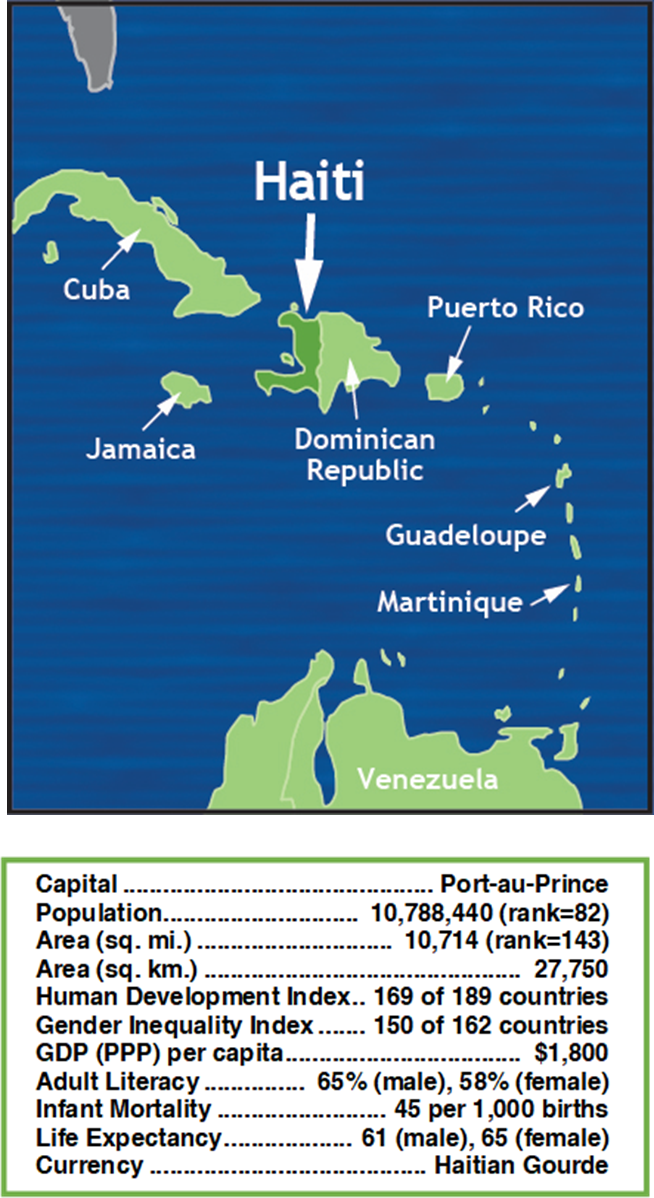 Haiti is located in the Caribbean, western one-third of the island of Hispaniola, between the Caribbean Sea and the North Atlantic Ocean, west of the Dominican Republic.

Haiti shares the island of Hispaniola with the Dominican Republic. With 99 percent of the population of African descent, it has suffered military dictatorships and invasions since the declaration of independence during the 18th century.

Jovenel Moïse, the current president, was elected in the Haitian general election of November 2016.